Tony Psaila is on a Mission again! We met him last in 2006 after he’d driven his 1948 Ferguson (Vaaljapie) tractor all the way from Beit Bridge (you can’t get further North in South Africa) to Agulhas in the far South. He was collecting funds for a Trauma Unit in his home area of Howick, where he had found from bitter experience, such a facility was lacking. 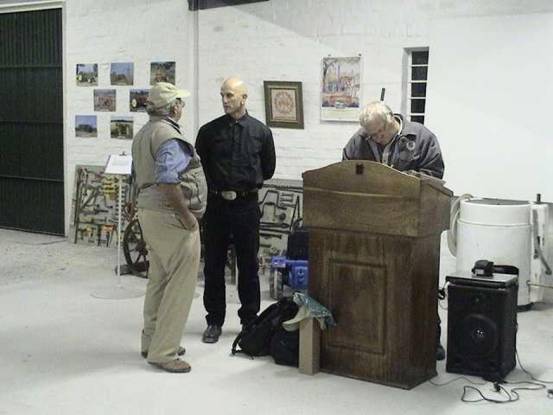 Shortly after immigrating to South Africa from Australia (he was born in Canada, but is of Maltese extraction), he was victim of an armed robbery and shot twice and left for dead. He has now been here for nine years, and still loves our beautiful country, despite its shortcomings.

He has just completed a further 3460km on the same tractor! It has taken him 3½ months, and his aim is to Change the World, one town at a time! The next legs of his epic trip will be Australia and New Zealand. 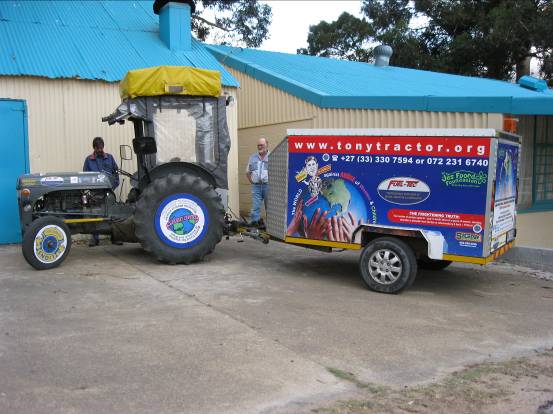 His principal aim is to raise money and awareness in connection with violence, and particularly rape, as this horrific statistic shows: 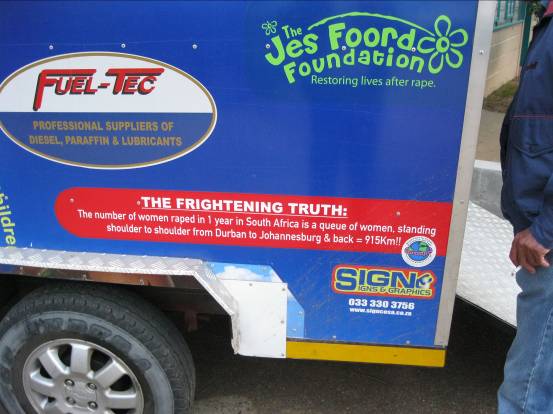 He started from Howick and has driven anti-clockwise around the country. Last time he took the trip at its own pace. This time, he made appointments in advance, so he had to keep the pace up. Planning no more than 120km a day (which is an achievement on its own!), on one occasion he had to travel the 300km from Jacobsdal to Victoria West in a day…. some Tractor Trek!

His appointments were mostly at schools; he wanted to raise the awareness from the bottom up. He found it astonishing the difference in education levels. At the schools he asked if the children knew where Australia was and what a kangaroo is. At some, all the children knew…. at some…. nobody! At least, he then knew how to address his audience. 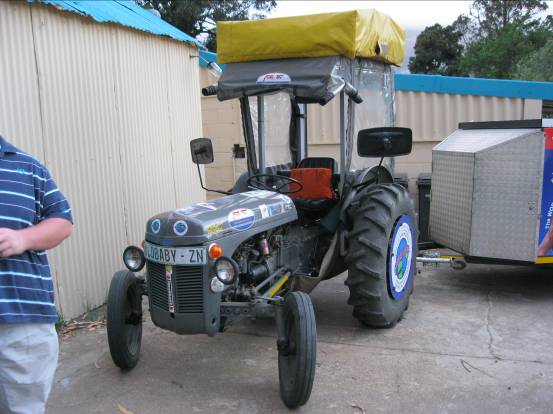 On the roll-cage is a fold-out tent. It is heartening to hear that in 3½ months on the road, he has not needed to use once! But if he has to sleep on top, what goes on in the trailer? 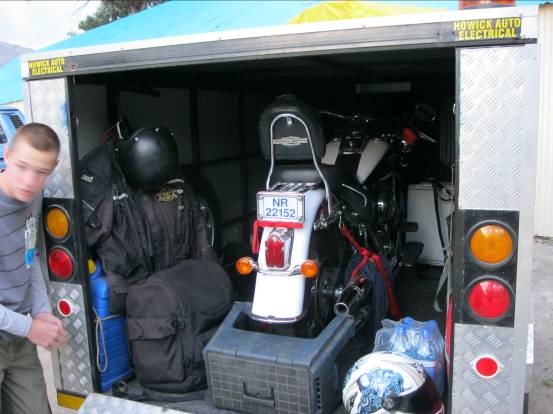 Ah! Alternative transport! He has managed to get home about once a month to his family in Howick. 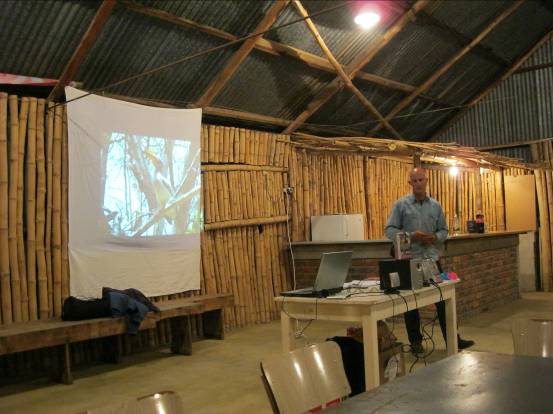 His talks revolve around building up of love, respect, sharing and caring in families, in these times when family values are being pushed aside by invasive electronics, like computers and cell-phones.

This particular trip was sparked off by Tony hearing of the case of the gang rape of Jessica Foord in front of her father who was held up at gunpoint, while they were walking their dogs in Durban. http://www.digitaljournal.com/article/269308 After-care following this (and many other) incidents was found lacking.

The trip so far has not been a financial success; it has cost Tony R170 000, and he has collected only a small proportion of that. However, the success has been the number of people he has been able to interact with on the trip, from school children to community leaders. He mentioned that he had spoken to 3 000 schoolchildren (and their teachers) in a single morning in Tzaneen alone. 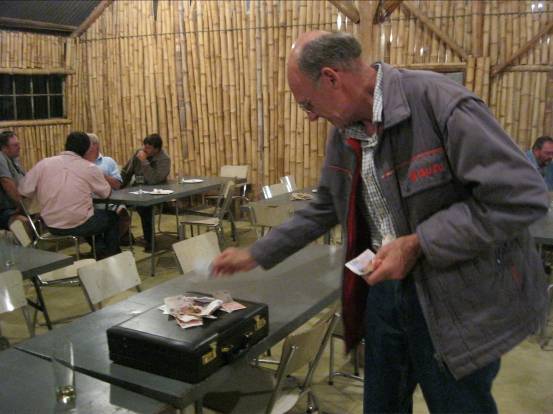 I hope his visit to us was worth his while!

Back to the tractor, in the 3 460 km he has driven on this trip on his 1948 Ferguson (Vaaljapie), he has experienced one fuel blockage, a fan-belt failure and on one occasion, the ignition cut out. Not bad!

For his planned trips to Australia and New Zealand, he admits he needs a serious sponsor. Before the trip he prepared a 30-minute video which was available at the just-over-cost of R100. 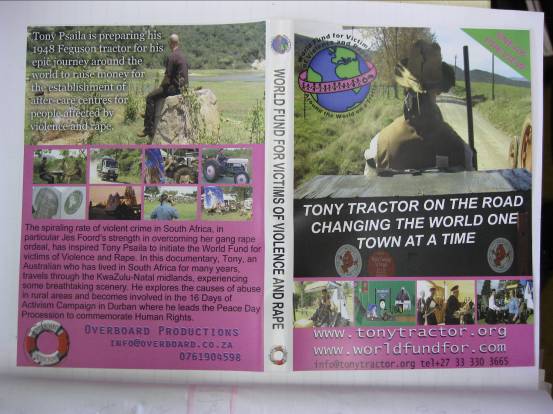 Thank you Tony, for giving up part of your life to raise awareness of this crisis in our country and particularly for visiting us again!

Contact details www.tonytractor.org , www.worldfundfor.com and This email address is being protected from spambots. You need JavaScript enabled to view it. tel: 27 33 330 7594