Launder More on Second side

Last week, I didn't send a report as there wasn't much spectacular to show for the day. I had several batches of visitors for whom I always down-tools and show them around. However, I did cut off the ends square on the second set of planks for the outer edge of the launder, drilled out the steel joining plates, clamped them over the joins, lined them up, drilled and marked the joins with a serial number for assembly in the right order, as I did for the first side. I then painted the wood-side of the metal joining plates and then the planks got a second coat on the side that'll be against the metal so I can't get at them again. I then actually attached the metal plates to one end of each of the planks and screwed in the bolts a little way at the other end. This will all make it easier during assembly, mostly at the top of scaffolding. 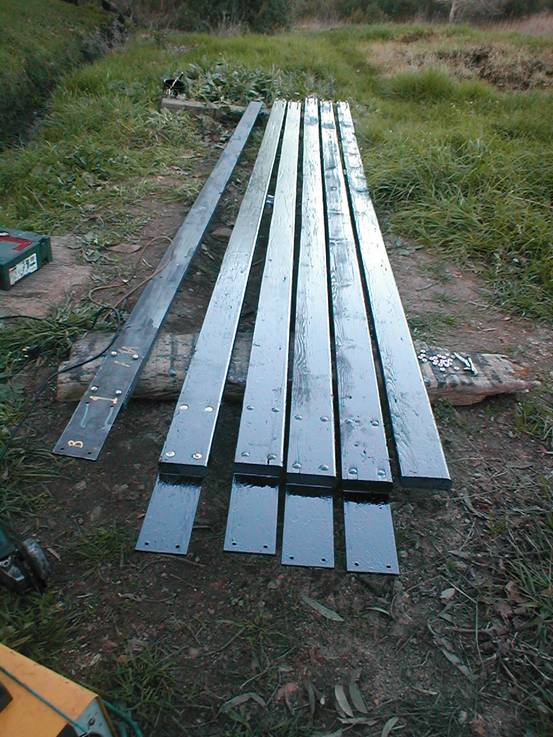 I also managed to get the first plank up into position. I'm working from the water-wheel-end backwards, starting with the shorter plank, so the joins aren't opposite one another. It was too dark to take a shot of that last week, so it had to wait for the 16th to get stuck into rolling out more of the corrugations, attaching the second plank to the first, and to start folding the sheet over the top of the plank and drilling and fitting the bolts. I couldn't resist the temptation to put the first few of the spreaders back in, now through the planks as well. I was well rewarded, as they pulled the sides together nicely, making a parallel-sided trough again: 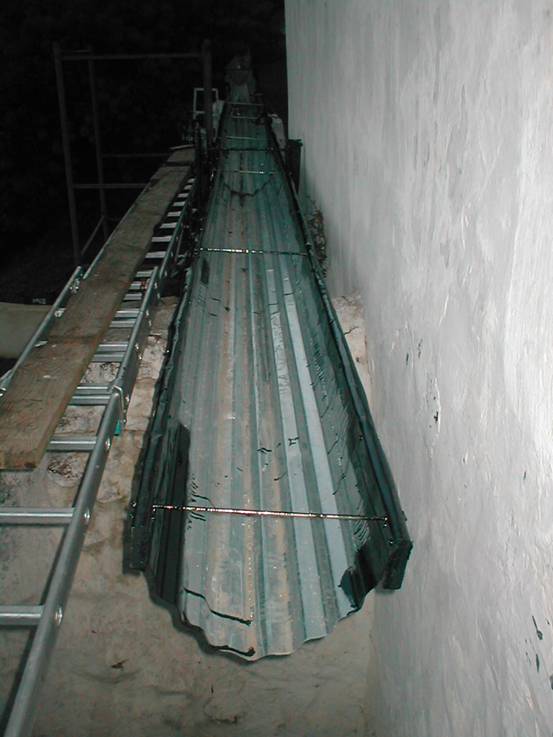 I have got to the end of the second plank out of six, and they're getting closer to the ground, which will make the going easier! As I went along, I was keeping up with the painting of the outside and the top edges. The effect of the black launder against the white walls is stunning! The inside of the launder will need to be cleaned before painting. 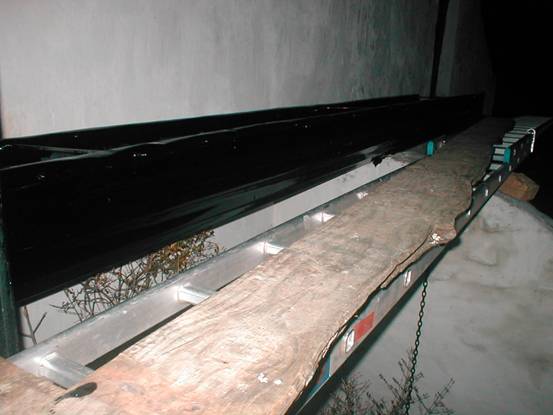 Earlier, I measured up the spill-way of the dam, where I intend to fit shallow sections of weir which will act to raise the dam level a couple of inches at a time. By removing the top element of the weir, I can release that inch or two over the whole area of the dam, which should allow for milling for a certain length of time. This will be a matter of trial and error! 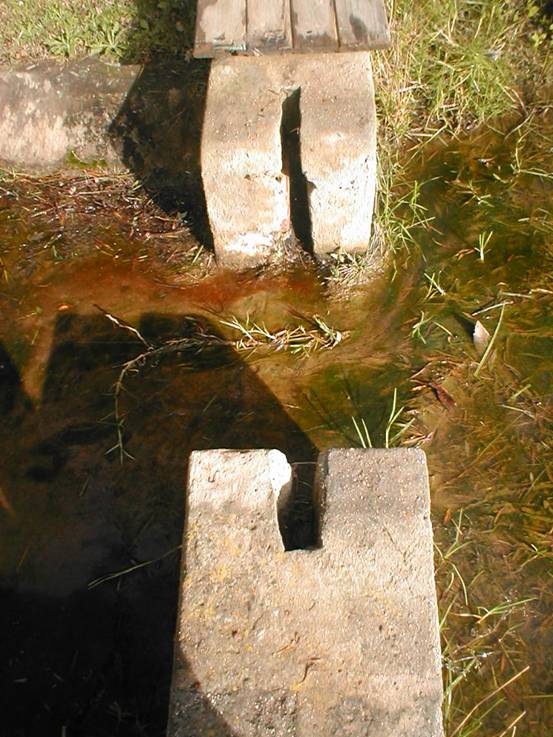 I intend lining these slots with a steel groove into which the sections will fit neatly, to seal effectively.