Box for Meal Spout and Tests

But first, a Message from our Sponsors! 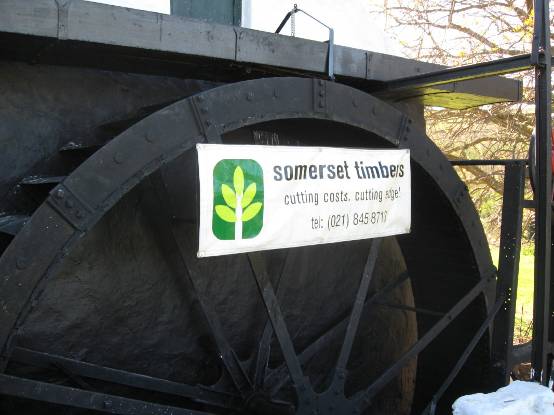 We made steel frames at the workshop to hold two of these 'billboards' straight, and I clamped them diametrically opposite on to the wheel, and took some movie shots as the wheel went around! Keith Wetmore and his Somerset Timbers have been extremely generous with timber, machining and wood treatment since the project began, and it's only fitting that they get some recognition. They supplied the planks for the wheel, made to a special thickness, grooved each side for the metal joining strips, re-treated them after I'd drilled the fixing holes. They also supplied the planks for the wooden launder above and later, specialist planing, glueing and joining of parts of the 'furniture' of the Vitruvian Mill inside. They have also made 13 'cogs' for the pit-wheel, out of pear wood I have supplied. Many thanks!

My jobs in the week were to continue with the box for the meal-spout and to make a cylindrical wooden spacer for under the back of the shoe. I'm sure I put this last out to load, but I can't find it, I suspect it will turn up in the orchard, well chewed by the puppy, so I'd better make another!

These precautions are because we are plagued by rats, which not only eat the spilled grain and meal, leaving their calling cards, but they also gnaw at the woodwork to get at it! 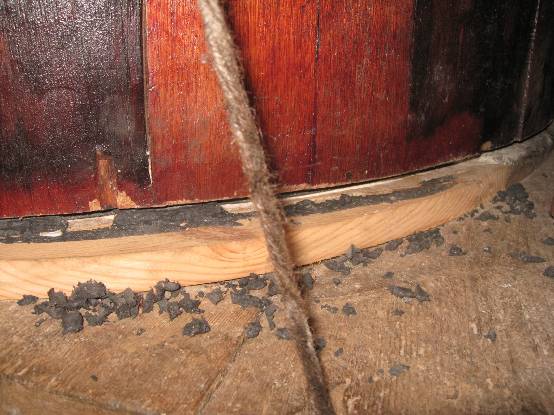 During last week, they chewed the sponge rubber which the tun stands on and have actually chamfered the lower edge of the tun!

On Saturday I milled a smallish batch, just to try out the 'sock' on the shoe, and to demonstrate the mill to the many visitors who came down from the wine-tasting; also to people who were staying in the self-catering cottages on the farm. Several of them bought meal which they'd actually seen milled!

The only operation I wasn't fully happy with is the raising of the front of the shoe with the crook string and twist-peg. It is very difficult to reduce or stop the grain flow; the weight of the grain in the hopper is too much. Perhaps the shoe's hinge point is too far from the base of the hopper? What is pleasing is that when the shoe is raised, its edges touch the base of the hopper and in so doing, move the rap away from the damsel, thereby stopping the agitation, and the grain flow stops.

The storage box for the meal spout and damsel was progressing well in the week: 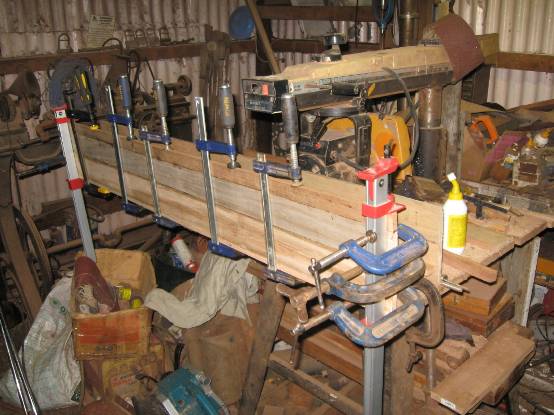 Why all clamped up like that? Because I didn't have any method of fixing the planks together, so it's relying on glue (Balcotan) only.

Progress was good until the belt-sander went Bang! in my hands, so I had to continue with a sanding disc and a quickly-bought orbital sander. I haven't owned one of these sanders since the attachment for the B&D drill in the background in the picture below, for which I don't have a drill anymore, but I must say they've come a long way in 40 (?) years! The finish it makes is superb, although it took a while; it would have been easier to have started with a swipe with the belt sander! The damsel has to come off the runner to cover the hole in the lid of the tun, so I made some blocks so this can be stored inside the meal-spout in the box without rattling around. 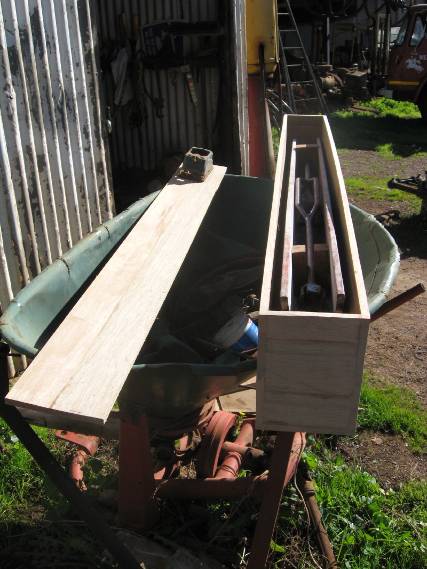 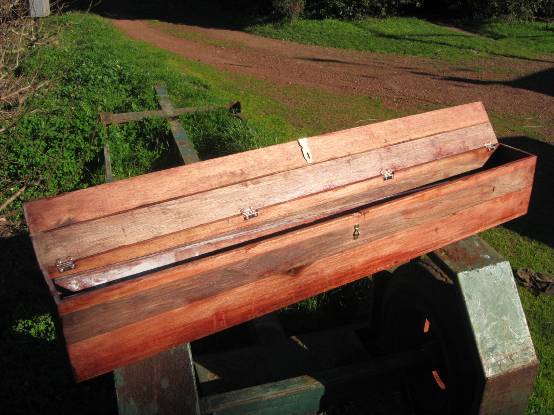 Then I started making up the plug for the hole in the top of the tun: 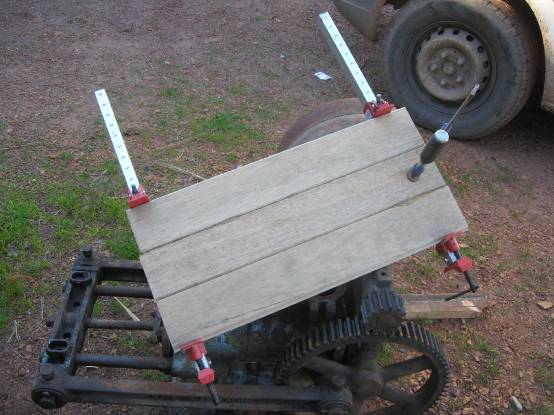