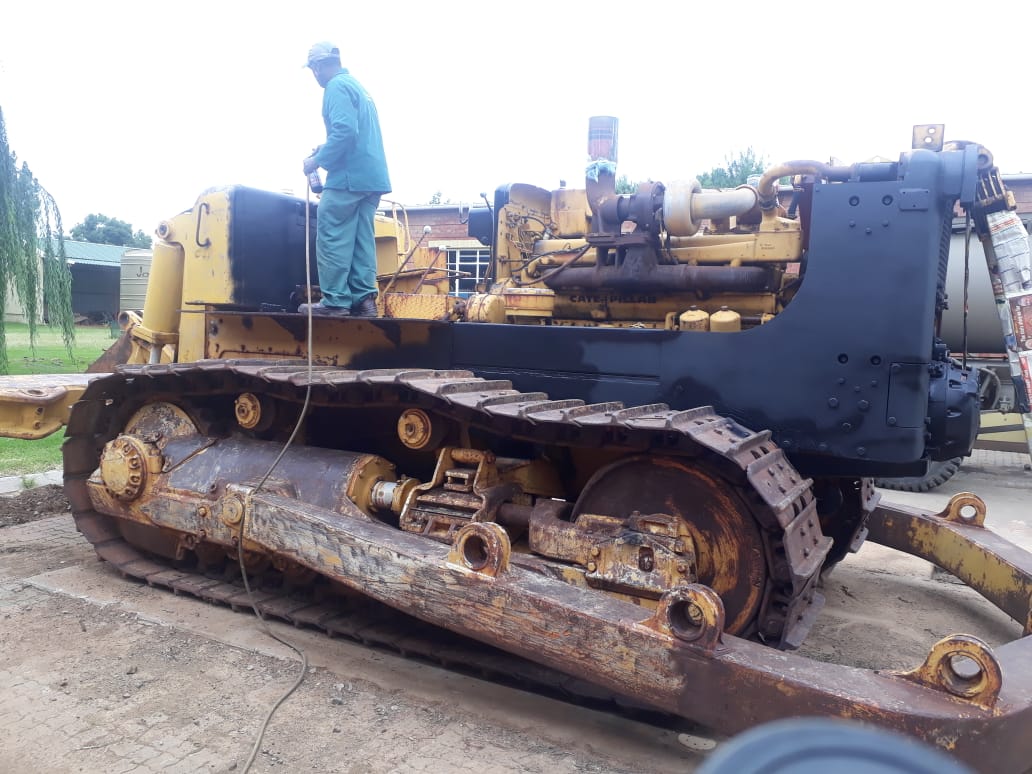 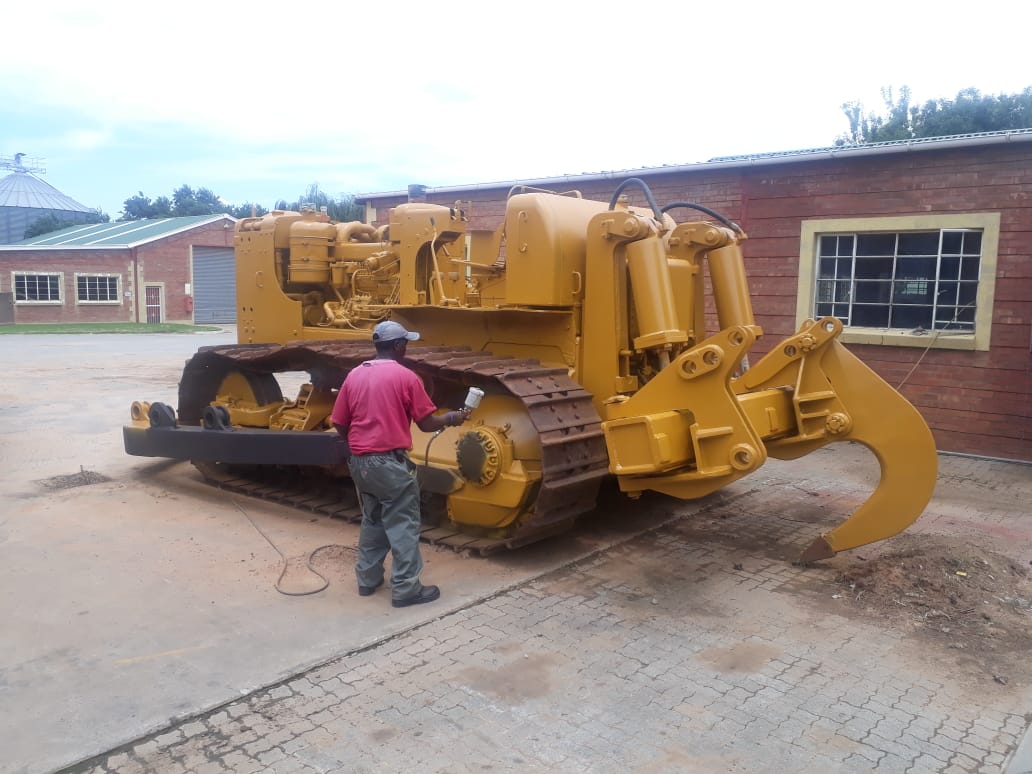 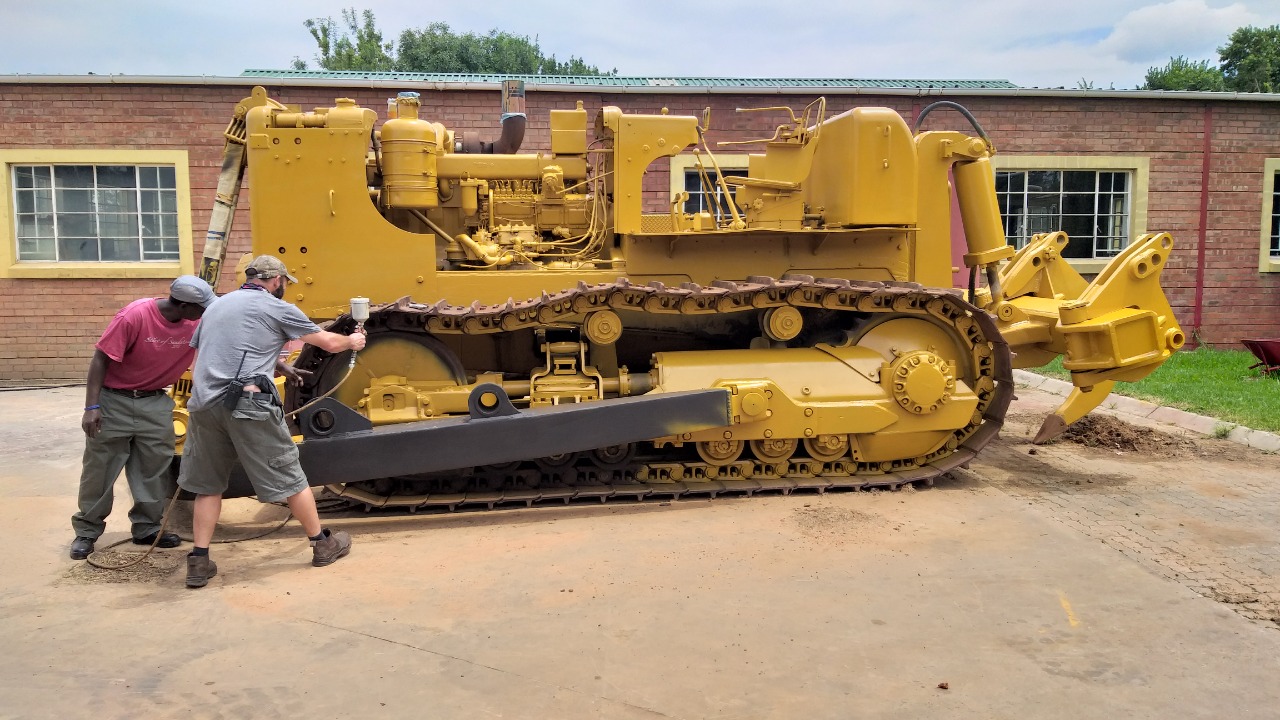 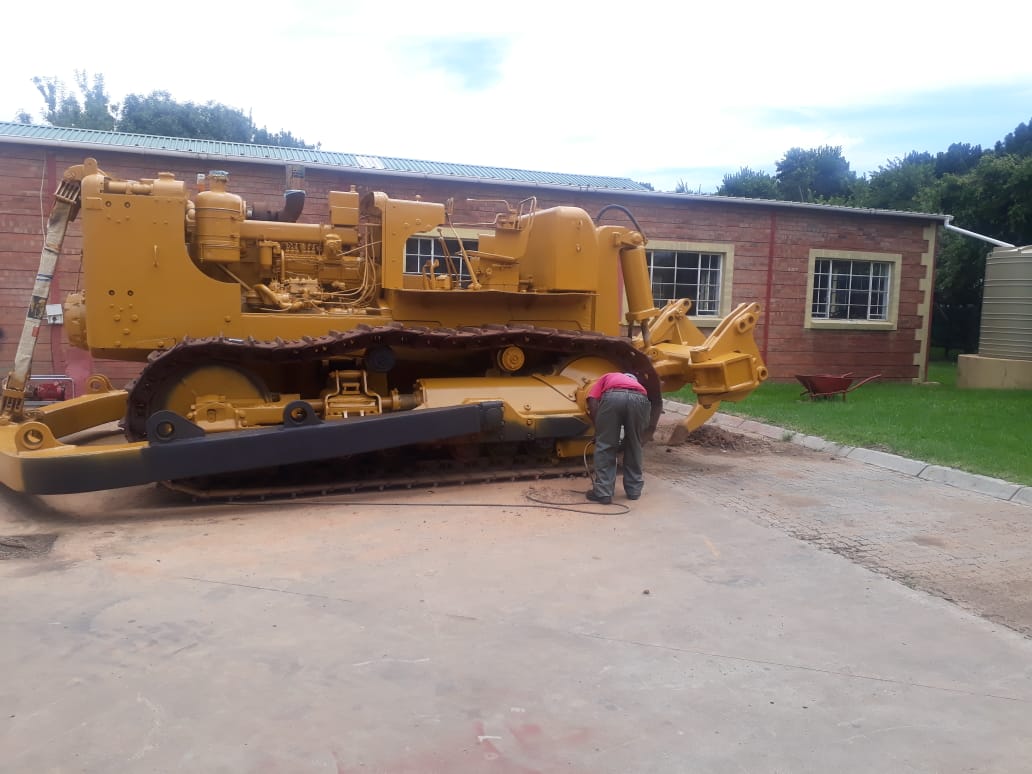 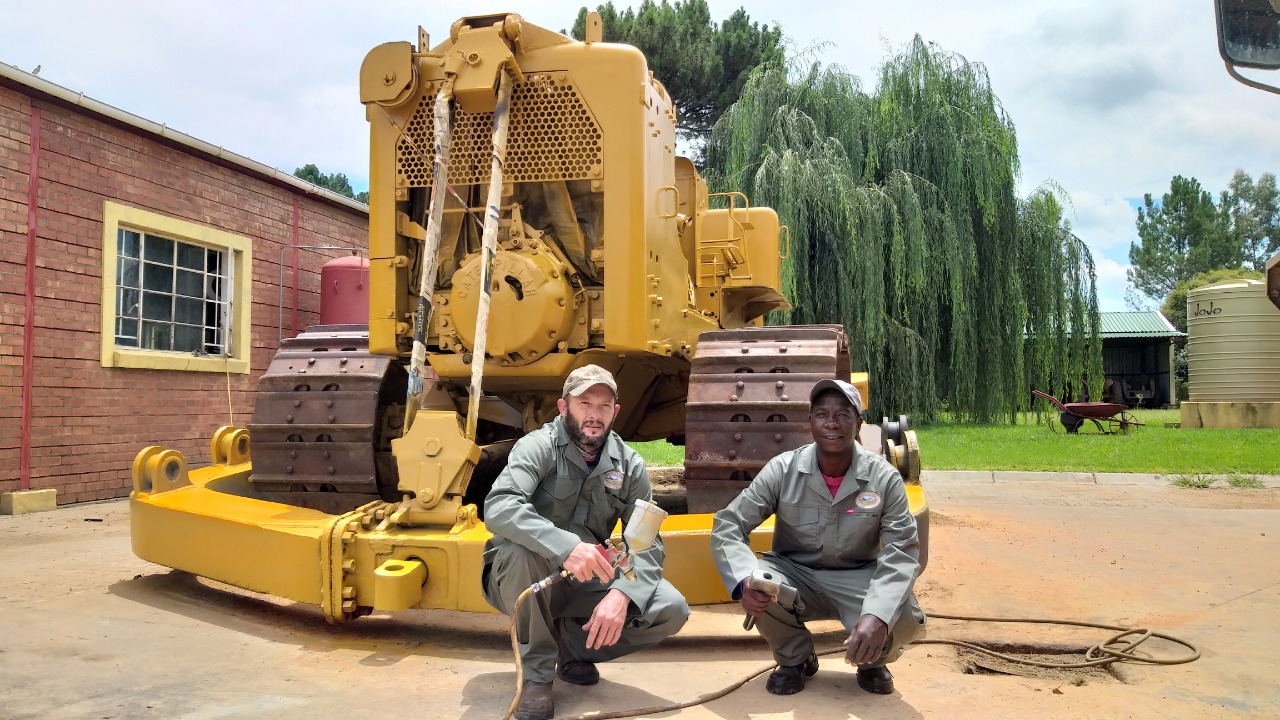 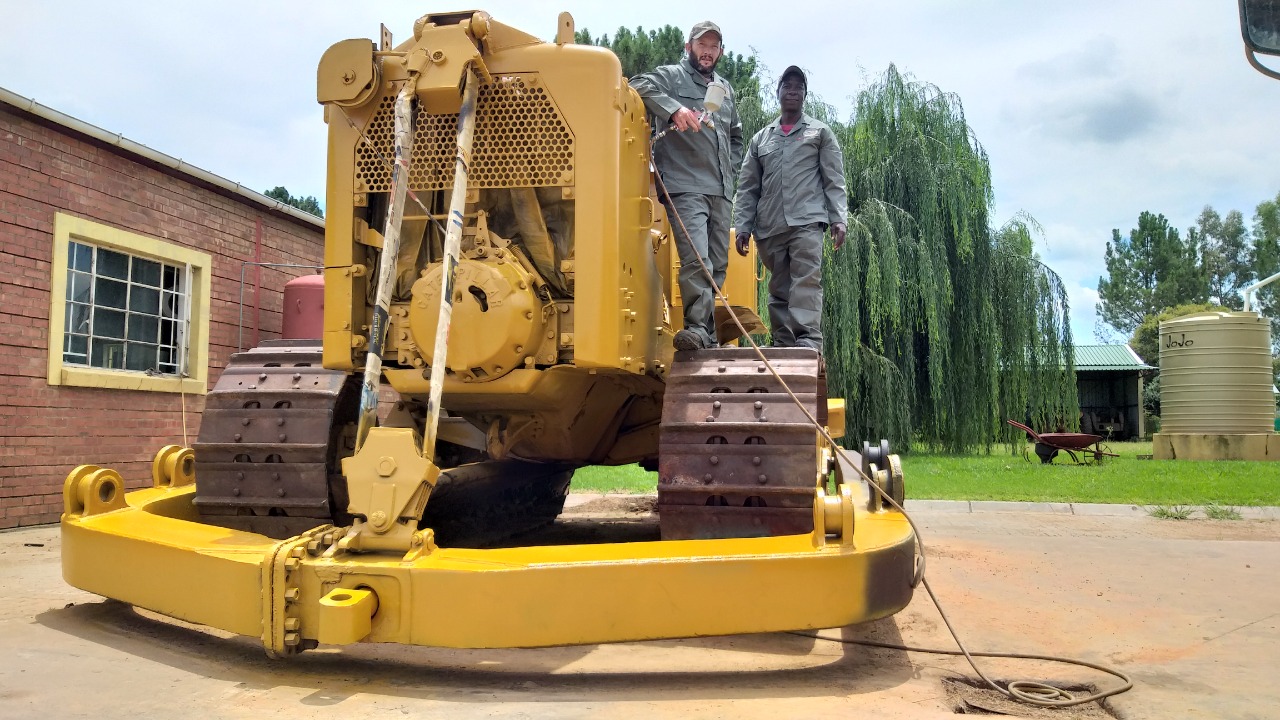 Sandstone Heritage Trust has a very useful collection of earth moving equipment. This is mostly Caterpillar but it includes Foden Dump Trucks, an old Case TLB from the 1970’s, Two Ruston Bucyrus excavators and other items. However it is the Caterpillar Dozer collection that we have concentrated on. We have D2, D4, D6, D7, D8 and D9 Dozers in the collection. The latest of these is the most interesting being our 1950’s Caterpillar D9 Cable Dozer which we obtained from the estate of the late Zach van Staden in Bloemfontein. Zach was a great supporter of Sandstone and was the man who was responsible for building the initial 2ft narrow gauge railway. He built the section from the main complex all the way to Vailima and also constructed the two dams namely the Railway Dam and the Pandora Dam over which the railway goes. Without the railway there would not have been dams there.

Zach although retired from active engineering contracting work was an avid collector and he used his collection of old earth moving machinery in order to build the railway. In his later years he was more than happy to make available old earth moving machines to Sandstone and many of the items in our collection came from him. After his passing an auction was held at his premises but the reserves that have been placed on individual items is too high for us to contemplate buying them however as a result of a subsequent negotiations we managed to purchase the very old CAT D9 Cable Dozer which was still in running condition as it is now. Once if fell under the care and attention of Deon Muller, our wonderful trained Caterpillar mechanic things started to look up. Having sorted out the mechanical side it was transferred to Janki Palmer , Spray painting and panel beating division at Sandstone Estates within the Sandstone main workshops. The photographs show David, a master craftsman in this area of speciality, working on the dozer together with Janki Palmer.

The D9 is a series of heavy tracked-type tractors, carried on continuous tracks and usually used as bulldozers. The series began in 1954 with a prototype tractor called the D9X. Ten D9X prototype models were built in 1954. In 1955, the 286 hp (213 kW) D9 was introduced to compete against the more powerful Euclid TC-12. The D9 came equipped with a 1,473 cubic inch D353, which powered the D9 until the 1980 introduction of the D9L. The D9L unit featured the same new type of elevated drive sprocket undercarriage as had been introduced on the larger D10 in 1977. The new undercarriage design reduced strain and shock loads on the final drives and gave the "belly pan" more ground clearance.
Final design of the production model of the D9 incorporated suggestions from customers involved in the pilot test program. The first production D9 – and the first new track-type tractor produced by Caterpillar since 1938 – came off the assembly line in April 1955. At that time, it was the world’s largest and most powerful tractor, weighing more than 56,000 pounds with a turbocharged 286 horsepower engine. Additional features included a standard or torque converter transmission, oil-type clutch, in-seat starting, excellent operator visibility and many servicing conveniences that were previously not available in Caterpillar’s product line at the time.

Today’s D9, the D9T, has a reputation for outstanding productivity, operator comfort, and robust reliability. It is a highly versatile machine flexible enough to be used in heavy construction, quarries, landfills, forestry, and mine sites.