NGG16A number 155 to use the modified engine units from number 141!

The original NGG16A number 141, modified at the Alfred County Railway (ACR) in 1989 and privately owned by Phil Mortimer and his son Phil, has been in storage at Sandstone since they purchased the locomotive from the ACR after the demise of the railway in 2004. The locomotive has its original engine units modified to the LD Porta principles unlike number 155 where unmodified units from 142 were fitted to the loco for a proposed overhaul of the modified ones. As ACR ran into difficulties this overhaul did not happen and 155 retained the unmodified units until purchased by Sandstone. As is well known 142 was scrapped at Paddock with 155’s engine units in 2017 after repeated attempts by Sandstone to purchase the locomotive from its owners were refused. See the sad story as featured in Narrow Gauge World magazine: https://www.sandstone-estates.com/images/pdf/nov2017/Narrow_Gauge_World_Nov2017.pdf

However there is a silver lining to the story as Sandstone has negotiated with Phil Mortimer and his son to utilise the engine units from 141 in the restoration of 155 ensuring that the locomotive will be fully representative of the modified NGG16A Class. In terms of the agreement the Mortimers have donated the 141 engine units to Sandstone for use with 155 and in return Sandstone will undertake a full cosmetic restoration of number 141 using the units from142. Number 141 will remain at Sandstone for years to come and be available for display to visitors, particularly at major events. The cosmetic restoration will be to the highest standard, so much so, that 141 could be featured in a train for photographic purposes double heading with 155. Phil Mortimer (jnr) summed up his and his father’s feelings about the agreement.

"We are pleased to support Sandstone Heritage Trust's project to rebuild the advanced NGG16A locomotive 155 to working order by donating the sole remaining set of modified power units from loco 141 to Sandstone Heritage Trust for use in the project. In return, sister locomotive 141 will be cosmetically restored with a non-modified set of power units, The agreement will see both of these unique and very special locomotives restored, one to working order and one as a static exhibit highlighting the advanced combustion features of these locomotives. With 141 having the only set of modified power units, but the boiler being of poor condition that would be very difficult, time consuming and expensive to repair, it is unlikely that this locomotive would steam again. It therefore makes much more sense to swap the power units to 155 to enable a working NGG16A to steam again, whilst returning 141 to display condition. This work will ensure that both locomotives thus have a much more secure future. We look forward to continuing to work with Sandstone Heritage Trust as this project progresses".

At present the impact of the Covid-19 virus has paused all work on the boiler of 155 in Pretoria and the engine units at Sandstone but our photographic gallery shows the work done to date on the engine units at the Sandstone Steam Railway workshop in the eastern Free State. The gallery clearly shows the modified cylinders with the bypass valves blanked off and the additional brackets and connections for the 3’6” gauge GMAM Garratt lubrication system, Sandstone having access to these spares after their purchase of the ex-Randfontein Estate Gold Mines GMAMs in 1997.

We will keep abreast of work in progress on 155 and 141 as soon as the COVID-19 pandemic subsides. 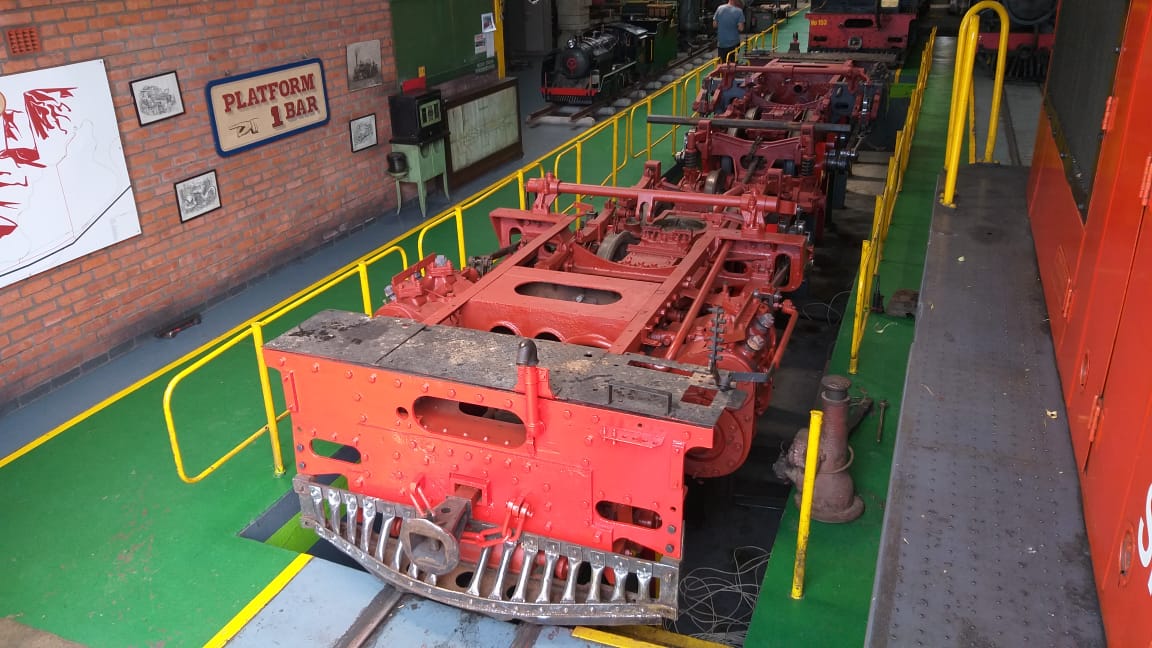 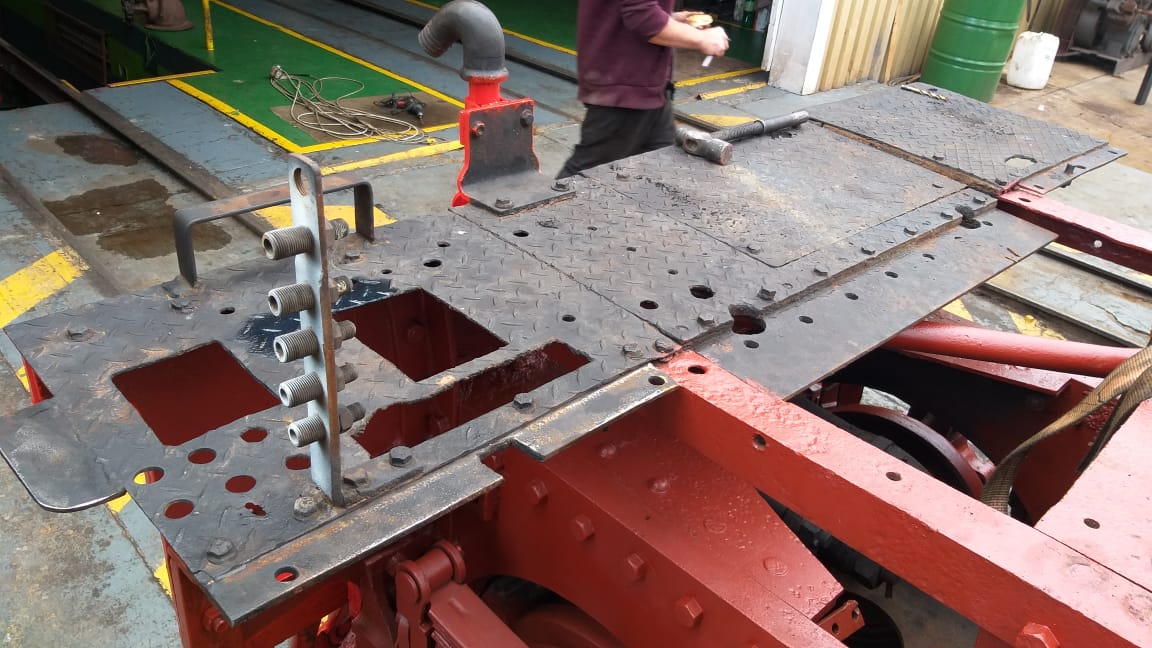 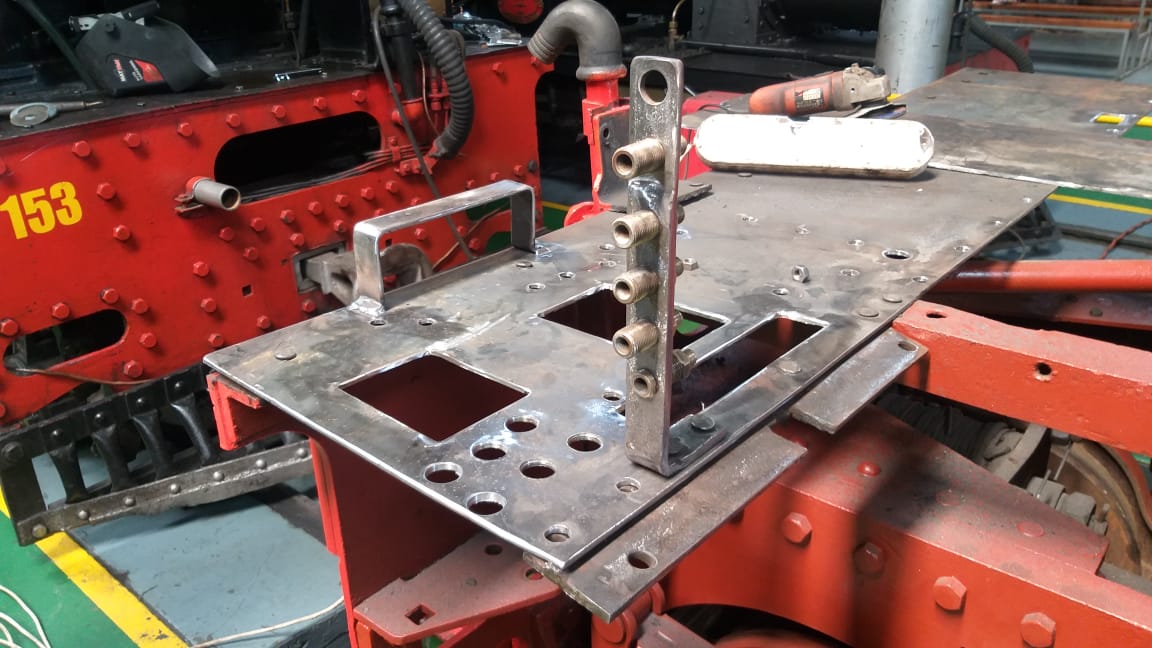 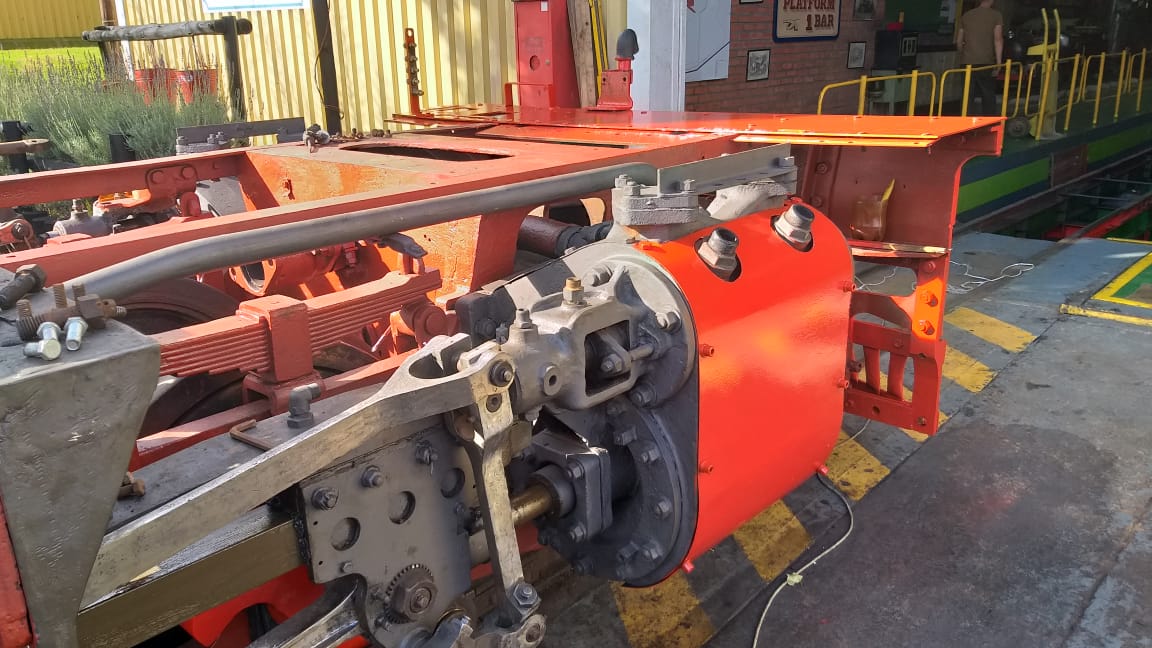 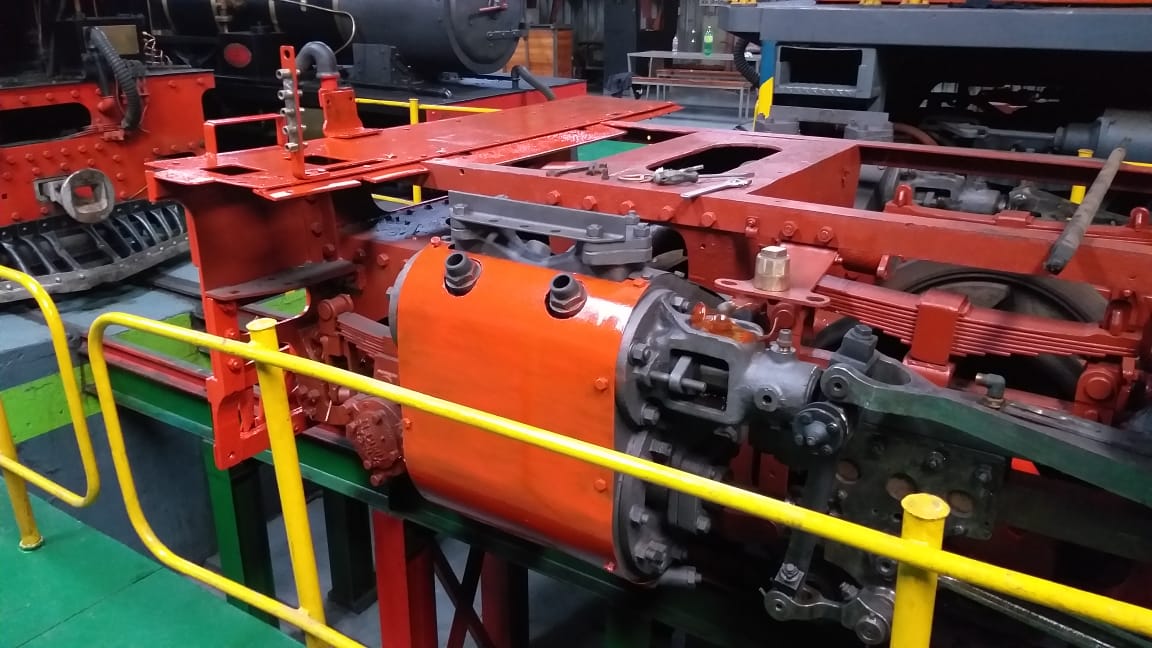 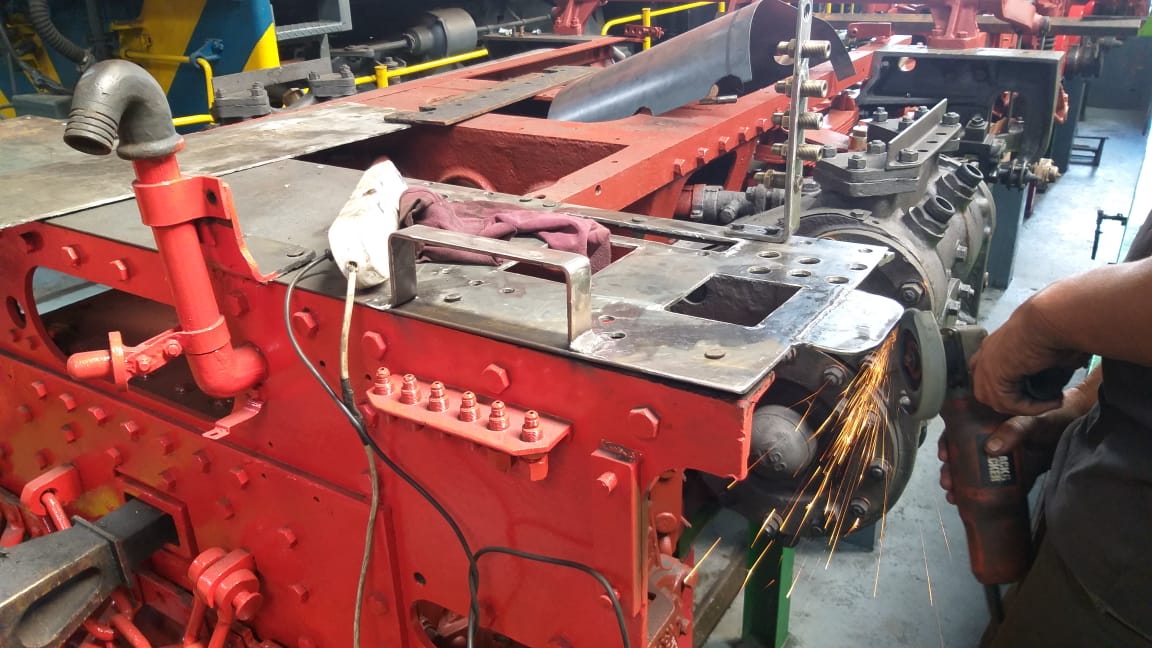 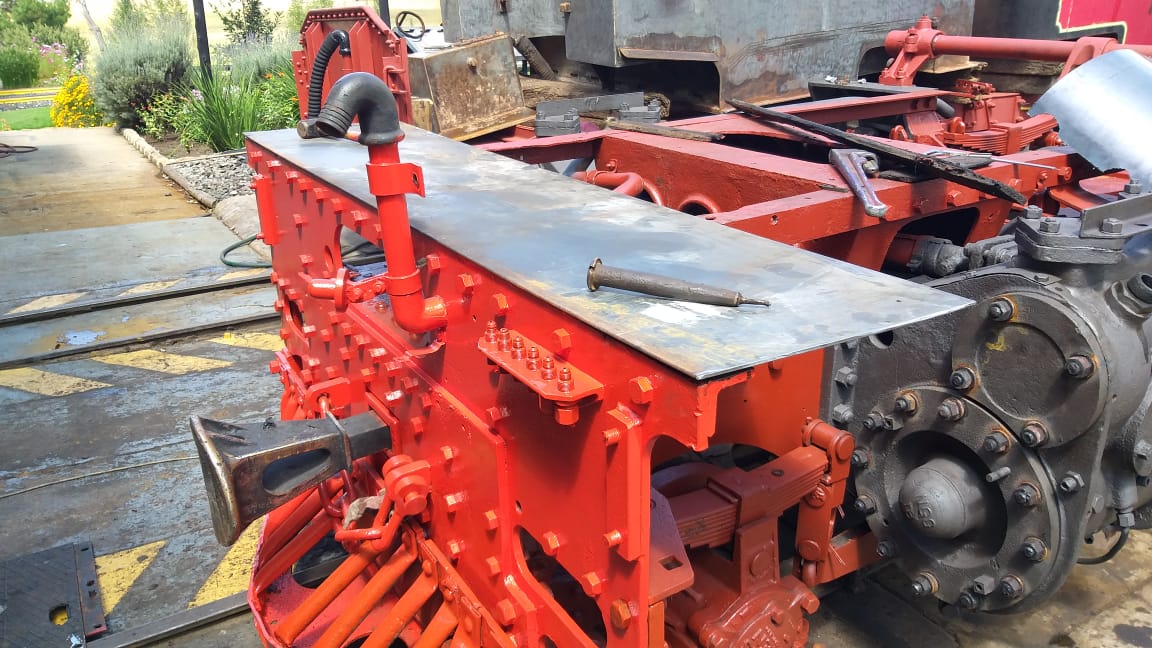