Work has now begun on the stripping and cleaning of the second locomotive for the Transnet tender at Bloemfontein. The 1913 North British built 4AR locomotive number 1555 awaits its place in the new museum at Bloemfontein after spending over 30 years in storage. As can be seen from our pictures it is much poorer condition than the NZASM “B” tank recently completed. Some damage is evident on the running boards plus serious corrosion to the cladding.

The locomotive has been separated from its tender which has been fitted with new bearings and axle box keeps and covers. The cab has been removed and our pictures show the deterioration of the cladding and the generally poor condition of 1555. Not surprising after so long in open air storage. 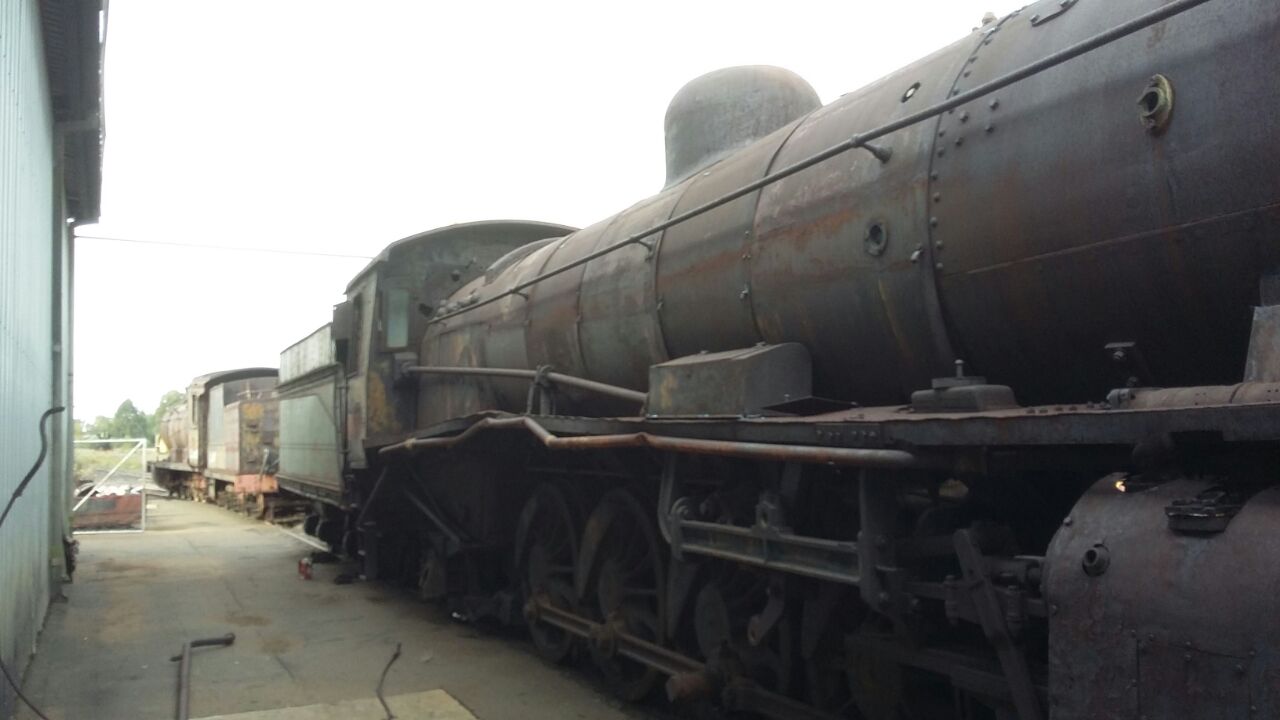 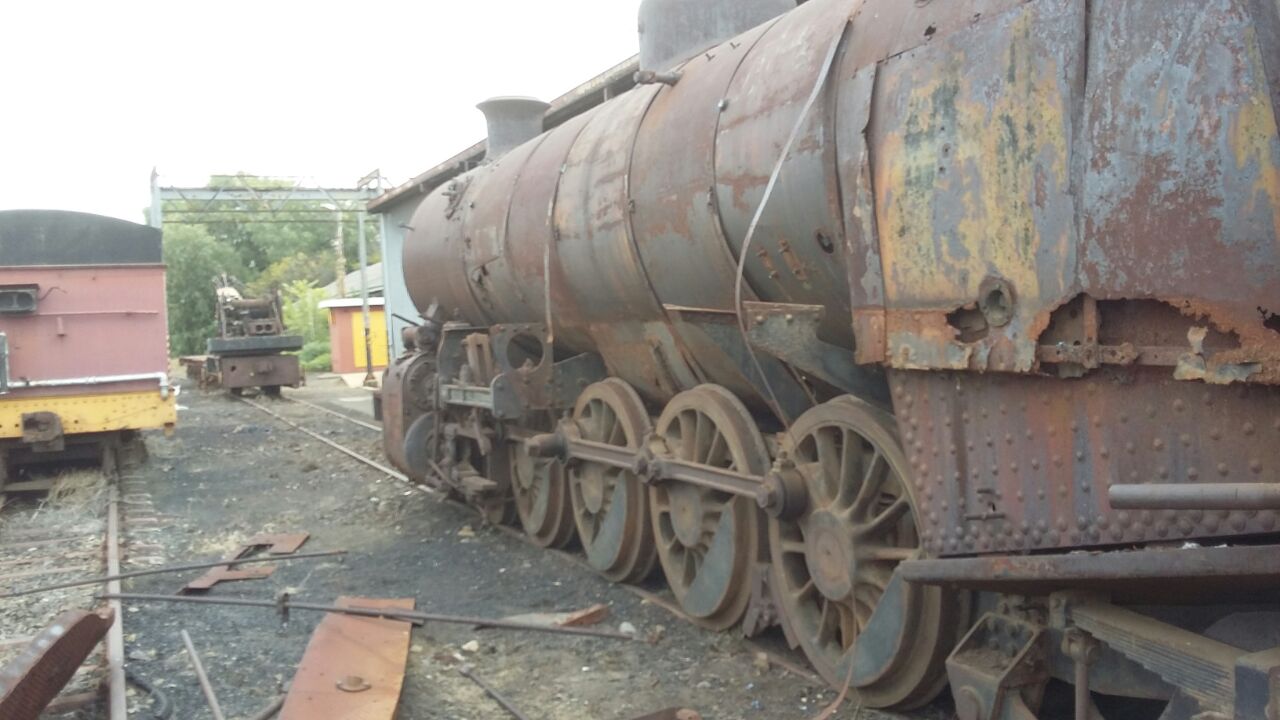 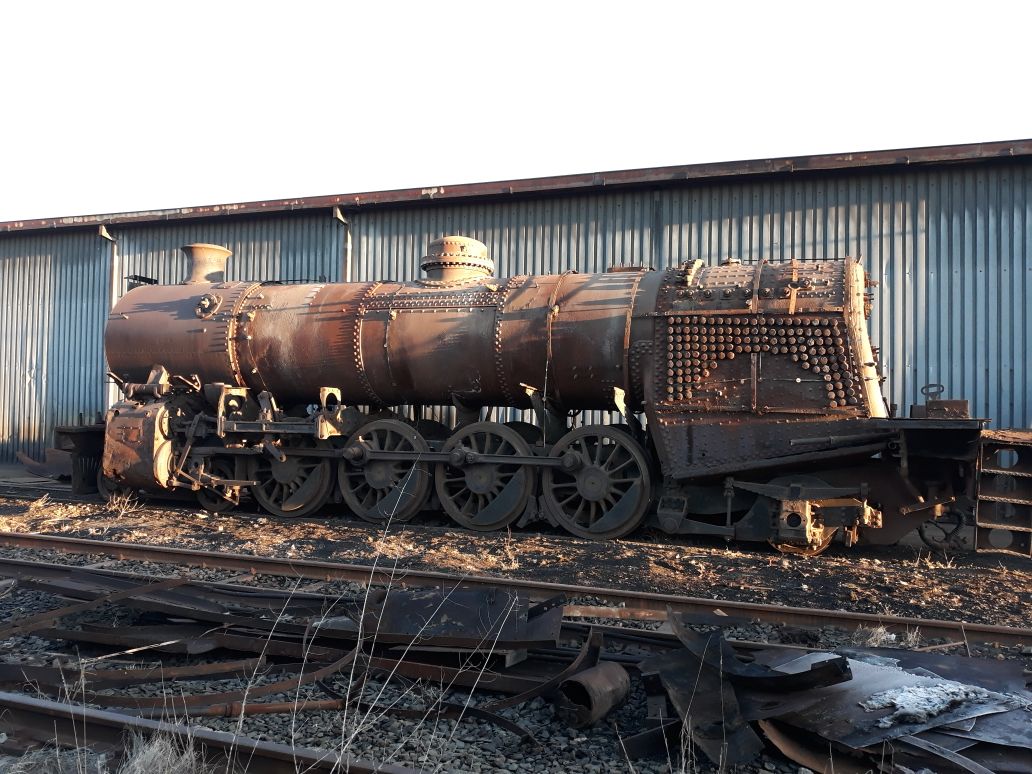 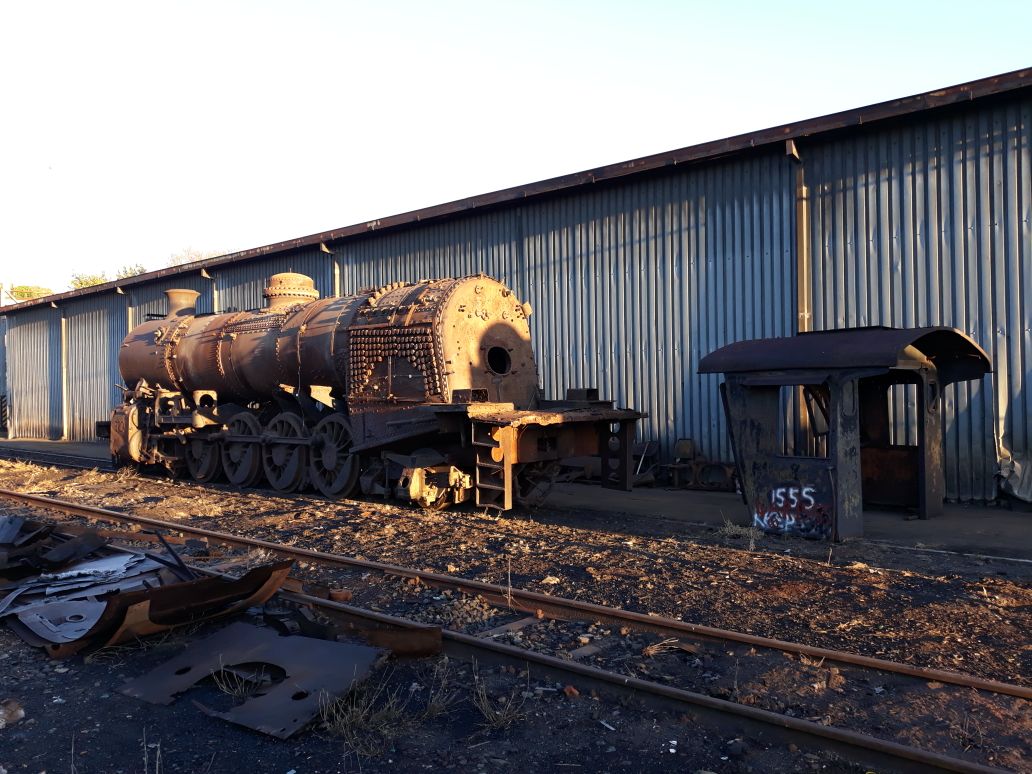