I had decided to hang the rocking chute on donkey chains, so that was the first job: 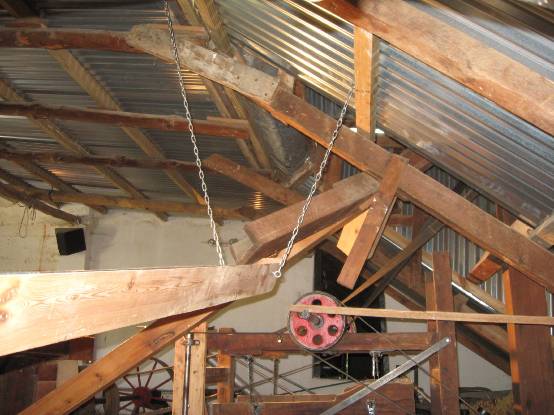 Then I could cut the excess length off, about 500mm, to reduce the inertia, and then it got a coat of the same mix of tinted Woodoc as the elevator trunking. The link from the reciprocating mechanism could then be re-attached. 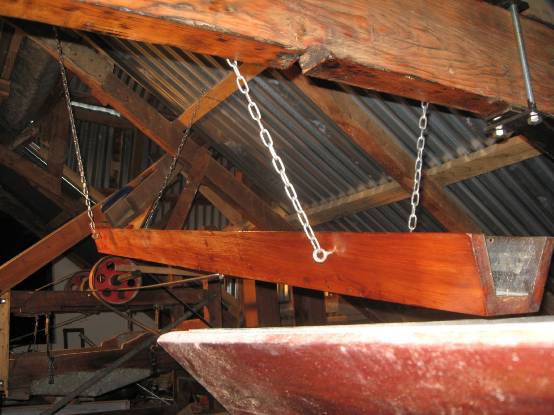 I was milling all the time, but there’s a problem with the feed into the stones of the Vitruvian Mill which I need to get to the bottom of. I’ve been watching it carefully. On one side of the rynd (or rhynd) the grain is seen to disappear, only to well up on the other side, diametrically opposed, partly ground. It’s possible to use the long brush to flick it over to the other side, but the process repeats itself! 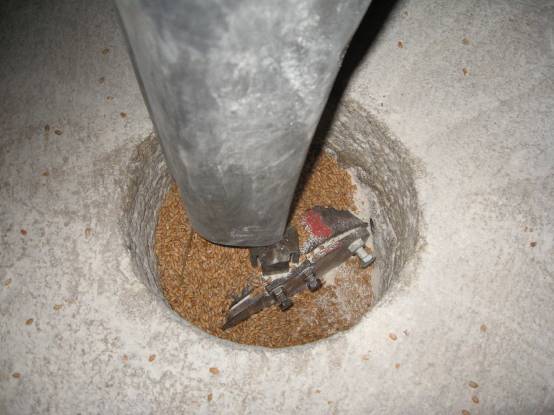 It has the effect of ‘clogging’ the stones, making it difficult for the water wheel to build up any more than 4 RPM, and the rocking chute needs more than that to work! So the experiments with that were disappointing, now that it’s all assembled! I even went around the whole Mill oiling every bearing, in case there was drag caused by any of them. 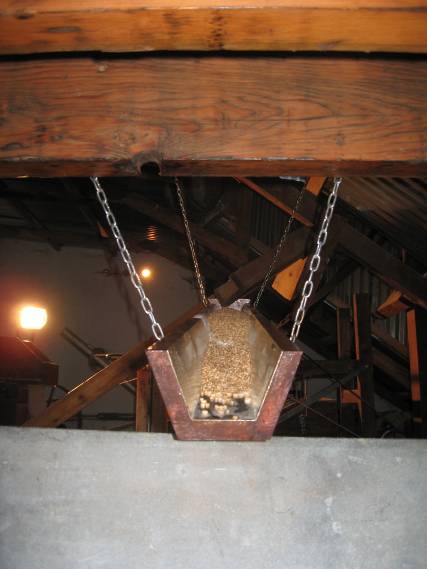 The grain was still fairly damp at that stage, but flow was poor compared with the previous tests.

I’ve been considering for a while that it is overdue that the stones are opened and dressed. At the same time, it will be possible to investigate this feed problem, which is serious; the last of the grain just won’t feed through! It is possibly something to do with the shape and make-up of the cone I made for under the rynd, to deflect the falling grain to the outside of the ‘eye’ of the runner.

Before closing down, I removed the shoe and damsel and watched the back and forth flow: 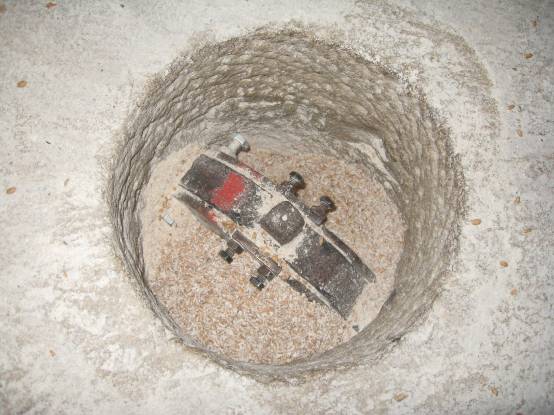 At the top, just above the red mark, the grain is being swallowed into the space between the stones. At the bottom, directly opposite, it wells up. I must have this picture handy when I lift the runner for dressing and to investigate this problem.

On one of my many trips up to the weir to add water, I noticed that the Cotyledon are at their best now! 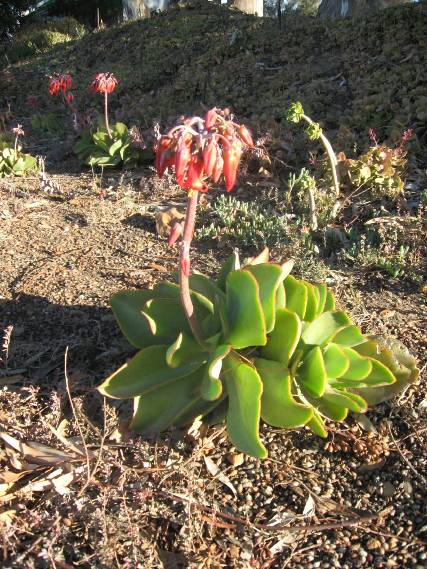 Next week, I have arranged to help with the setting up of the Mill at La Motte in Franschhoek, visited some weeks ago: 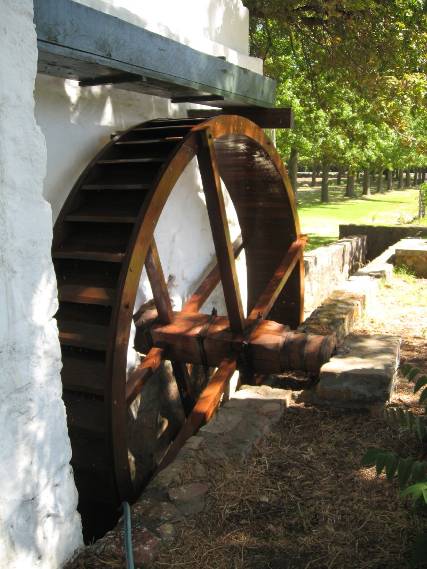