At last a deal was made between our favourite sound/video shop, Vidi-Vox in Hermanus, (which is also where our Movie Club is) for a used amplifier and some speakers out of the cinema in the same shopping mall. The next question was where to install it. Originally, we had chosen the corner on the left as you go in to the second room of the Mill. But at the same time, we were short of a suitable place to leave the Visitors’ Book, and the file on Mills; some kind of lectern was required. A visit to Mr Furniture in the Village produced the beginnings of the ideal thing, a table-top lectern! The lady in the shop was amazed that somebody wanted it and it changed hands for a small sum. At home the next job was to add legs to it, make the top lid hinge, lower the shelf inside, and make a ventilated front and back. 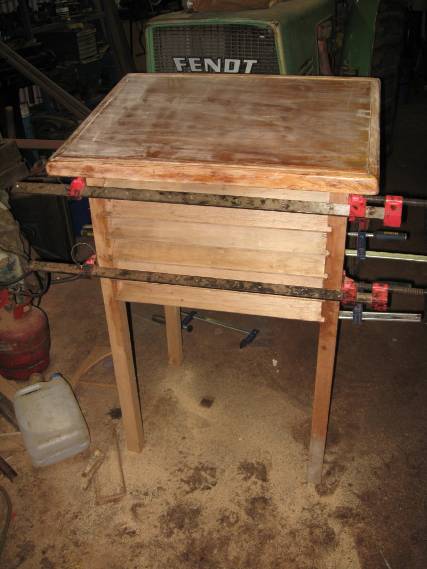 The louvres allow air in the front, and in the back I made big holes to let the hot air out: 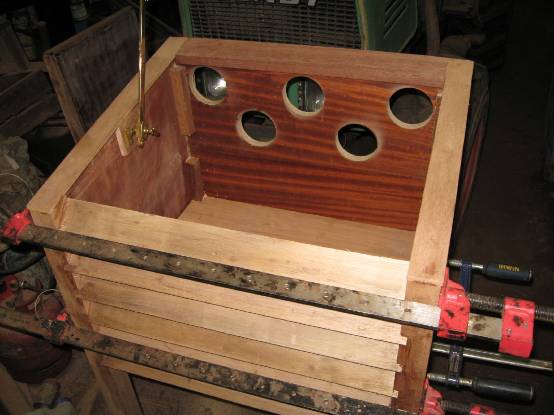 After some of the same Woodoc and rosewood tinter, it looked the part! 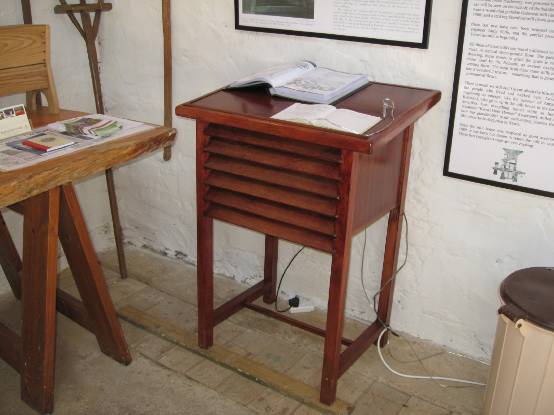 Inside is the used Kenwood amp, using a Walkman or an i-pod as a source of music! 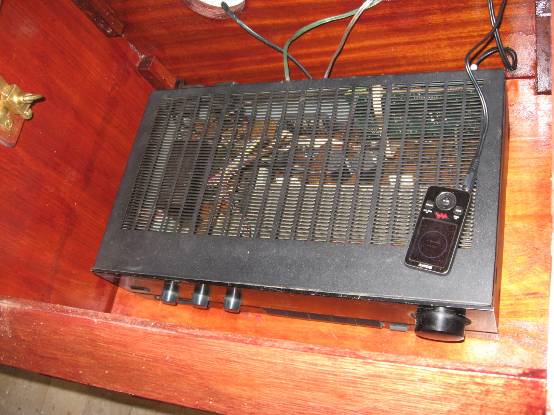 The double speakers are up high at each end of the building facing 90 degrees apart: 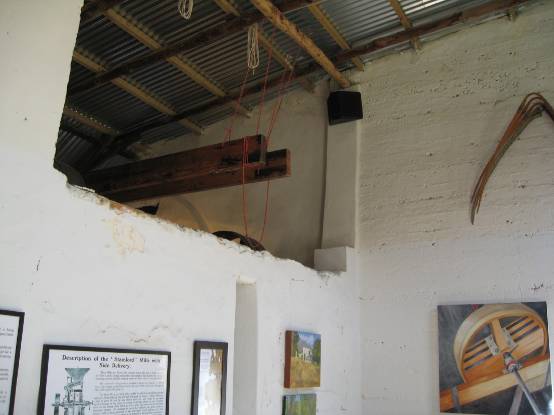 There were no guests at either of the cottages, so we were able to allow it to show its full potential, which is stunning. The building has wonderful accoustics!

After finishing off the ‘lectern’ and installing the sound equipment, and milling a batch of meal, there was a bit of time to do more sanding on the beams from Hennie Richter, and to plan for the supports for the outer ends of the lifting beams out of these. At home, I did some more thinking three times, measuring twice and cutting once: 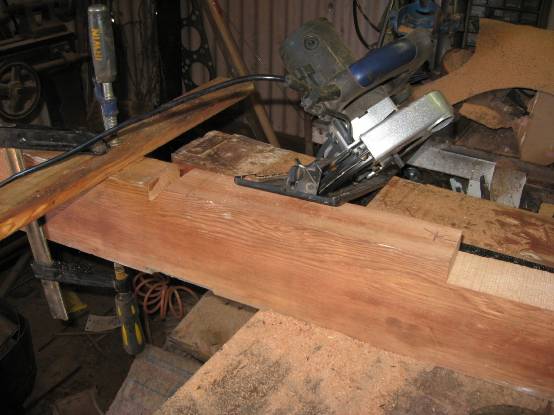 On the right is the rebate for one of the uprights to stand in, but the notch on the left? I am lucky to be ‘tutored’ by Simon Smith of Benchmark Investments across the river. This email address is being protected from spambots. You need JavaScript enabled to view it..  He’s building his own timber frame house, and sent a detail picture of one of the roof trusses: 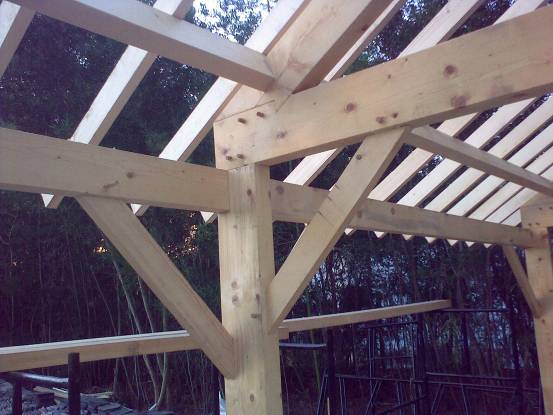 The notch can be seen preventing the rafter from kicking outwards. I also would rather not have my uprights falling over when the mill-stones are lifted! 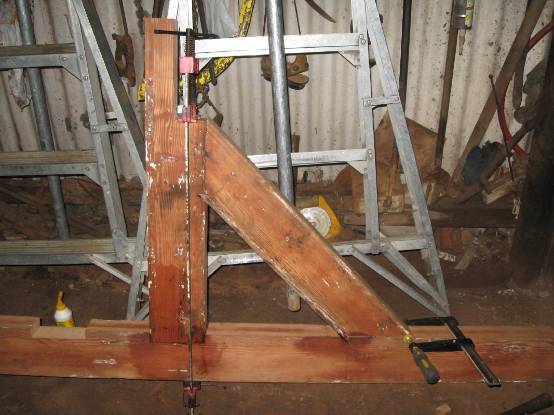 The beam at the bottom will lie on the top of the wall. One beam will lie in the cut-away on the upright. Detail of the joint, not exactly a City & Guilds test piece: 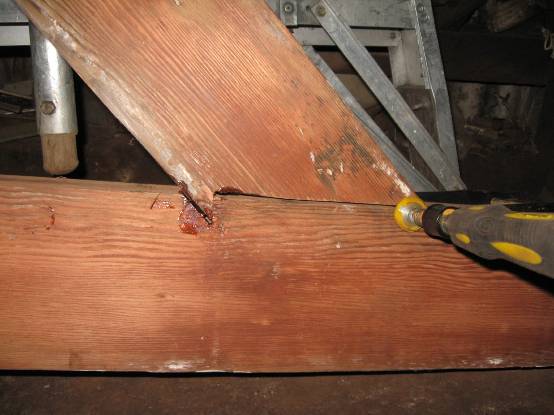 The second diagonal is cut and ready, but as usual, one never has enough cramps! Very satisfying was the lack of waste from the three beams I used. There is a fourth, waiting for another job…… 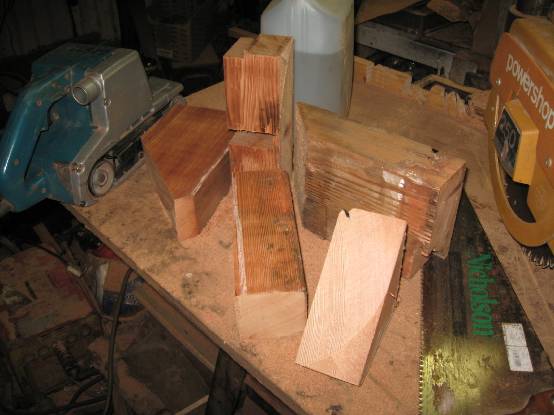