Stephen Sokolic offered to help with the Milling for both days of the first weekend, and also said he had an angle-drive for an electric drill. So together, we marked out and drilled and fitted the cross-over bracket between the ‘legs’ of the lifting beams:

A steel spacer will have to be fitted between the steel bars where they nearly come together, and then they must be clamped, removed, welded and refitted.

Next we tackled the diagonals I’d made for the other ends, in steel first, then with wooden gussets made from the last pieces of the wooden beams from Hennie Richter. 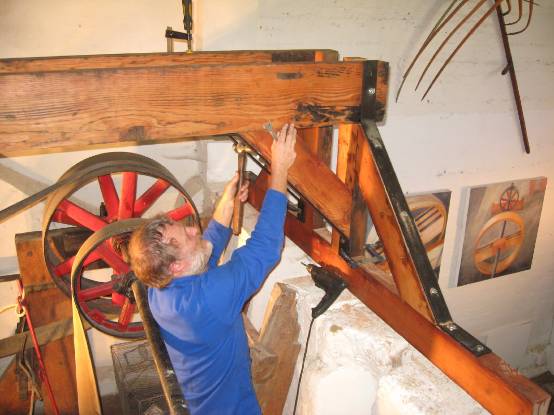 The pressure on the supporting legs is outwards, so the diagonals are working in compression. I realised steel flat bar, even 8mm thick, doesn’t really have compressive strength. Then I remembered the remainder of the wooden beams, so I cut two wooden gussets which are each held in place by the steel bars which Stephen is attaching. Another coat of Woodoc 5 is now on those beams.

The whole assembly is looking rather impressive from the floor below! 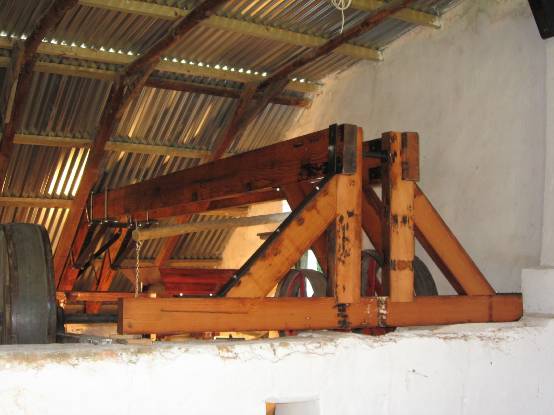 Last week, I tied sheaves of wheat to the bags with the moth-balls. We reckoned putting an extra one would help hide the bags themselves. With the remainder of the sheaves, I made two stooks and put them down on each side of the entrance to the second room: 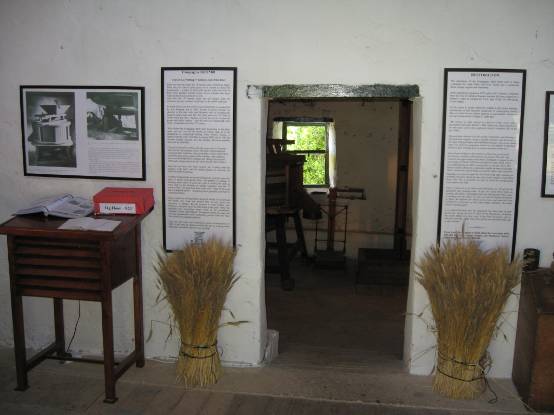 We were then ready for the first day’s rush. An addition in the picture above is the red cash-box for people buying meal direct from the Mill. In fact the flow of people was never hectic; sometimes when two groups came together Stephen would handle one and I would manage the other. The mill machinery ran all day, even though I had neglected to check that all the bars were in the weir the day before, so we had less water in the dam than I had hoped.

On Sunday morning, Stephen and I decided to tackle the spacer and welding job on the cross bracing of the legs of the lifting beams. 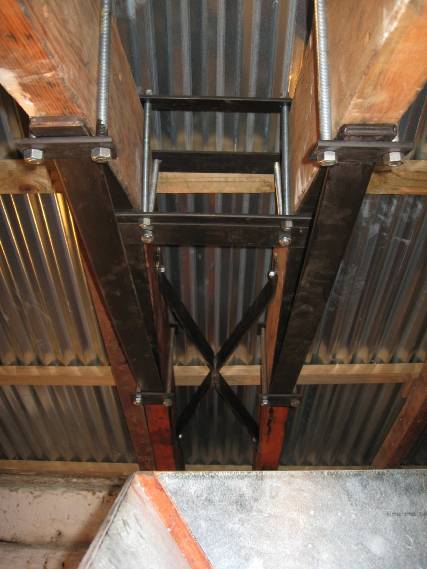 There had been a noticeable wobble between the legs before; now they are rock-solid. The beams also got another coat of Woodoc 5; now they’re really glowing!

Another day of a regular flow of visitors; no fireworks, but again it helped having Stephen handle some while I spoke to others. On the way in to Bot River, along the Main Road, every few yards was a Beaumont Wines barrel, strikingly painted in bright red, and because it was ‘Open Gardens weekend’, suitably adorned: 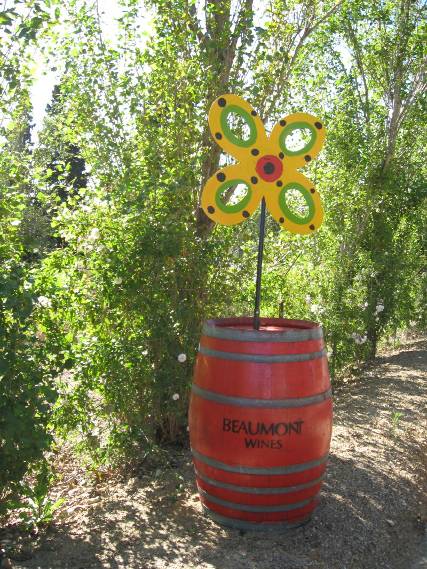 We were also testing for the first time the wooden stool I’d made the week before for the bucket to stand on under the meal spout: 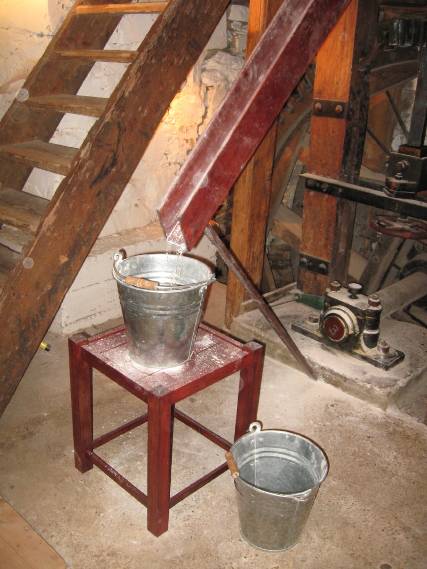