The first surprise was at the Houw Hoek Farmstall, which I can’t pass without popping in for one or more of their famous pies! Bennie, who hovers around the shop and wine display area, invariably wears the cap and apron of one of the other wineries, and I always tease him that he never wears his Beaumont Wines outfit. Surprise! Surprise! 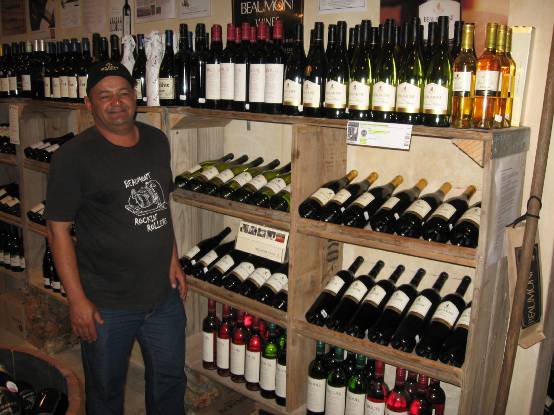 Project for the day was to get on with the descending section of the main elevator trunking, which was missing. I had previously fitted the two sides, made from some of the tongue and groove planks which Keith Wetmore organised. The front and rear planks needed to be 152mm wide; this wasn’t possible with the T&G planks, because the groove is cut away out of that width. Once trimmed off, the plank would be too narrow.

Stephen Sokolic came to the rescue by thicknessing two Oregon roof beams, from 38mm to 22mm! Not a quick job and probably unnerving, waiting for the planer blades to hit an unnoticed nail! I set to and sanded both faces and the edges of one plank to remove all the marks from the planer blades.

I had decided to fit a pane of glass in the front panel so that visitors can see the buckets descending. This had to be flush on the inside to prevent the buckets from catching. But first the hole had to be cut, slightly smaller than the piece of 5mm glass: 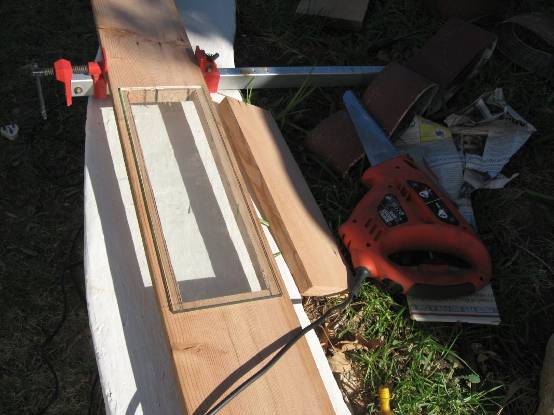 Once marked out, it was easy to machine a recess, exactly 5mm deep, using the router: 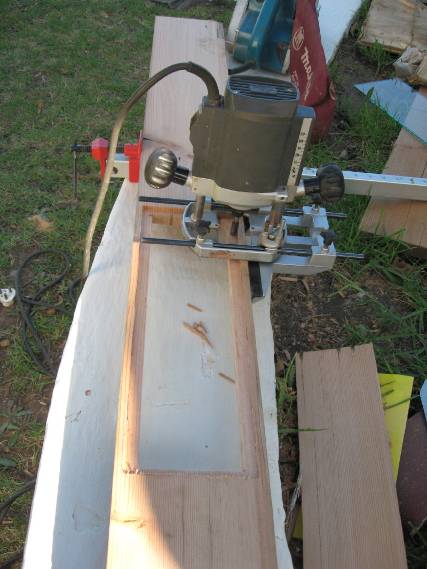 I then used Mirror Adhesive to glue the pane in, although the sides of the trunk will prevent it from ever falling inwards: 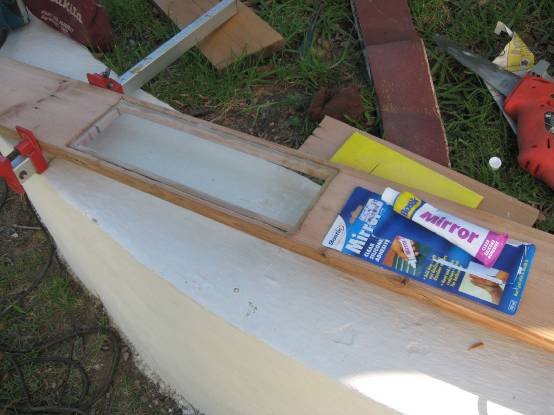 After trimming the rough edge at the bottom of the original front plank, it was simply a case of offering it up, lining the sides up nicely, and drilling and screwing: 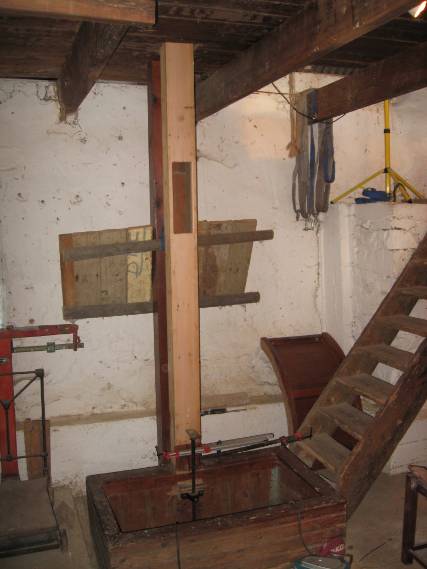 I had to raise and tie up the floorboard panel at the rear to prepare to box-in the rear of the trunk. The rear plank was also roughly broken off at the bottom: 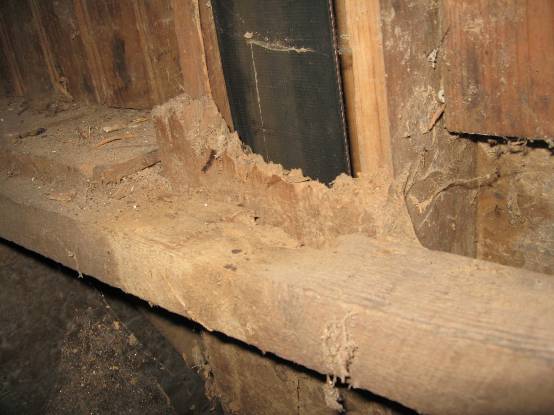 Once again, the Black & Decker Scorpion saw trimmed this off nicely, using the cross-beam as a guide.

Aligning the right hand side plank to the original wasn’t easy; some of the old side had broken away, making it difficult to fix the new front to the old side where they overlapped. Relying on glue and cramps for the meantime, I left it to dry, trussed up like a chicken! 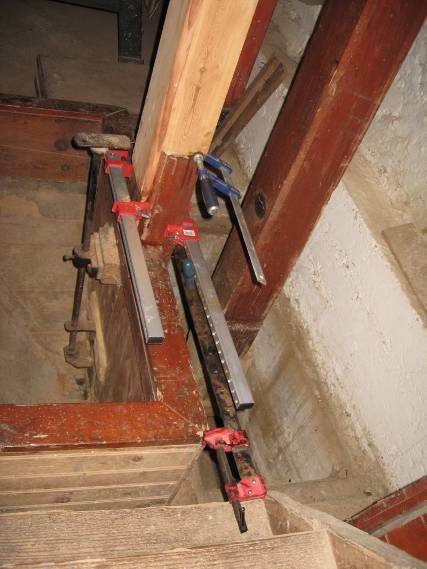 The window will work well, I think: 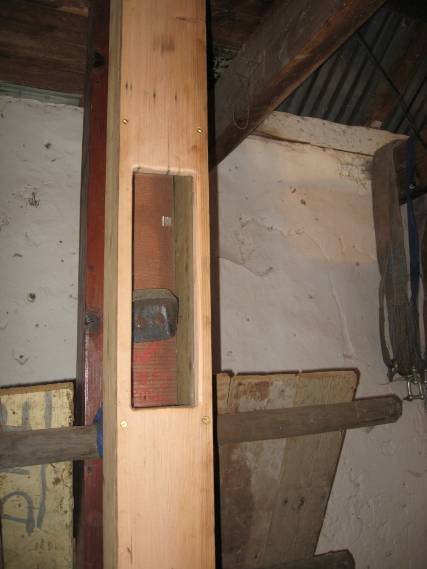 Apart from this woodwork, there were two groups of very interested visitors and Ally from the USA, who is helping with the Harvest and I milled a small batch of meal while they were there. This is what really makes a day at the Mill; some milling, some restoration, and some tourism / PR!