With the assortment of cramps off the base of the elevator, everything seemed to stay in place; it just needed a run over with the belt sander. There is a piece chipped away, but this will not affect the operation and once the new wood is darkened to the same colour as the rest of the elevator, it should not be noticeable. 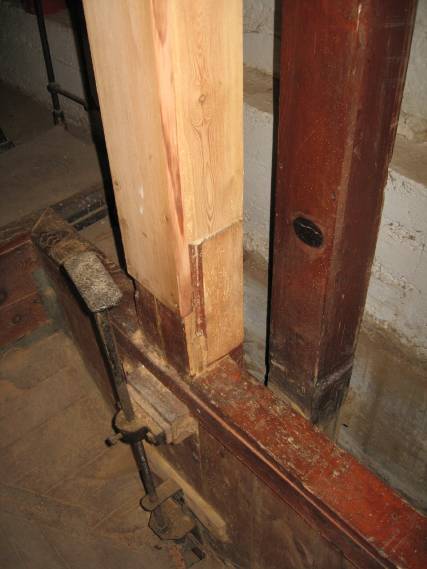 I could then concentrate on planking in the back of the elevator box. First, I remembered to polish the glass on the inside! The offcut from the front, into the cracks of which I soaked glue last week, and the shorter plank added up to exactly the right length, after minimal trimming of the ends. A bit of belt sanding on the edges brought them to just the required 152mm.

I marked and drilled the plank outside and clamped it in place, but couldn’t get the drill in to pilot drill for the brass screws to bite in the sides, so I put the drill in the tee-handle for taps. 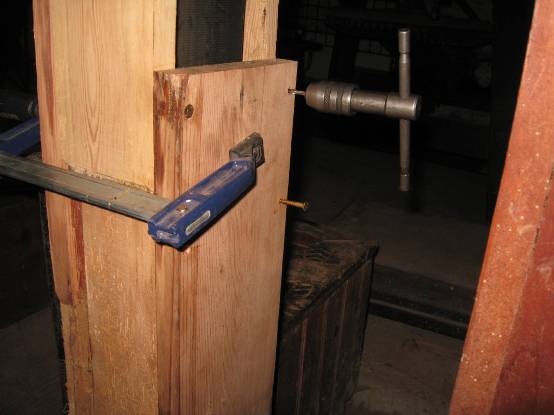 I didn’t have a ladder to reach the top screws, so it was necessary to ‘make a plan’! On the left in the picture below is a side cover from a stationary engine marked Mirrlees, Bickerton & Day, Stockport (I lived for a while close enough to their factory to hear their huge engines running up at night!) and on the right, a really worm-eaten plank! The stool for the meal-bucket came in handy, too! 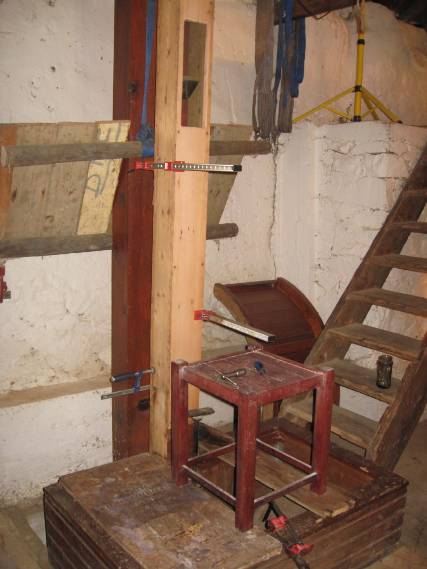 After the top section was fitted, the section of floor could be lowered back into place and it was possible to look at the final product! 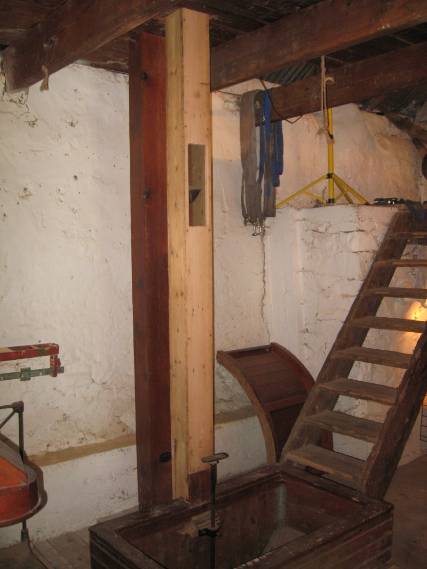 There is still a wooden collar to fit where it passes through the upper floor, where a plank is missing; a job for the home workshop. I ran some water over the wheel to test the elevator, with satisfying results. 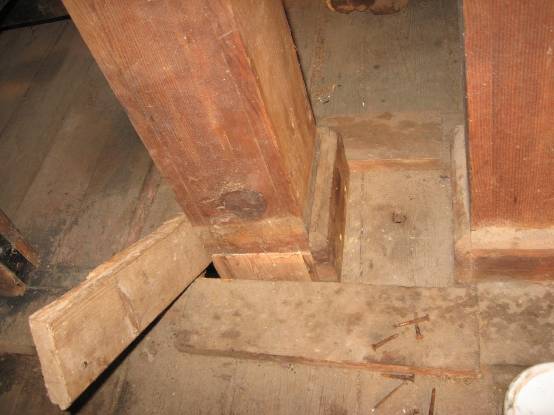 During the morning, Jayne arrived with a surprise! A traditional ‘Meelkis’, which we will use to store the grain; a great improvement over the plastic dust-bins we’ve been using. 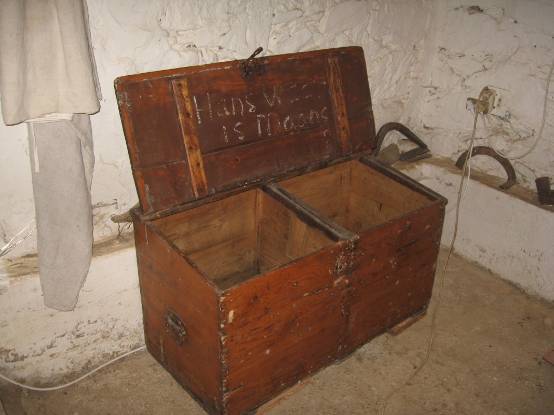 We will now forever have to wonder at the inscription under the lid: Hans waar is Maans? (Hans, where is Maans [Emmanuel]?). Not a child’s writing. The plastic bins were quickly emptied and were out!

Last week, John Hili from Malta suggested that it would be both more convenient and safer to extend the grease supply pipe to the recently opened centre bearing of the axle tree, behind the flat-belt pulley and the Pit-wheel. 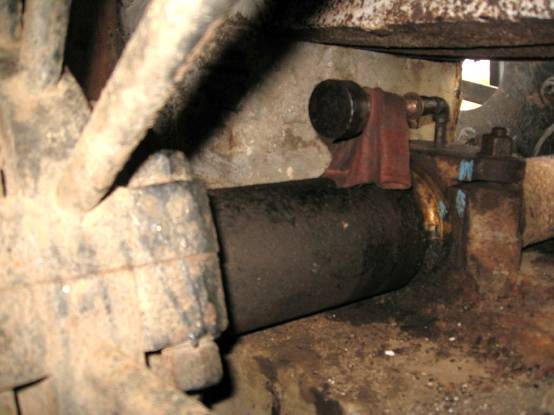 It was a squeeze to get to it, behind the flat-belt pulley and my pristine white miller’s overall didn’t like it! Ordinary ½” copper plumbing pipes seemed to be the best way out; anything flexible would need a bracket at the top end, because one has to twist quite hard on the cap of the greaser. 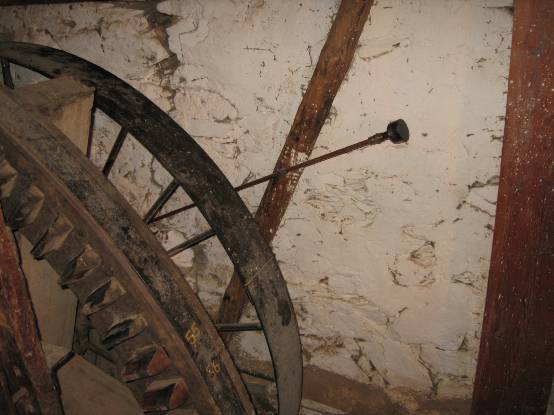 There is now plenty of room to get in there and the support bracket against the round pole is simple and unobtrusive. 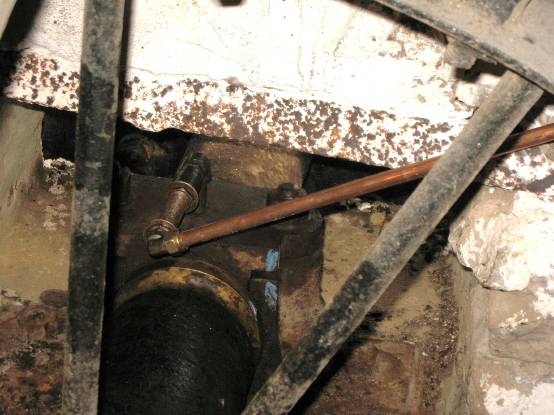 It took several caps full of grease to fill the pipe. John had suggested filling it first with a grease gun, but of course, that was empty!

Although I didn’t mill, it was still fun to demonstrate the mill to various interested groups during the day.

We are expecting the programme on Pasella which we will feature in, to be aired this coming Wednesday, at 7.30 on SABC TV2! More exposure might come as a result of the ABSA Cape Epic bicycle race which will pass within 50 metres of the Mill, and is normally covered by helicopter-borne movie cameras!