Johan Coertze’s idea last week to rock the delivery chute to the Vitruvian Mill longways like the sieves in a threshing machine made the best sense. I have since heard from Ray Killian that many of the chutes in the wonderful roller mill in Springbok are suspended in ‘slings’. My first idea was to have some kind of face cam on the end of the shaft which protrudes from the grain cleaner, then I realised that the grain cleaner also rocks like that, why not pick up the motion from that, through a 90 degree bell-crank?

For the suspension of the chute, eight hinges from my supply of old fittings will work well. 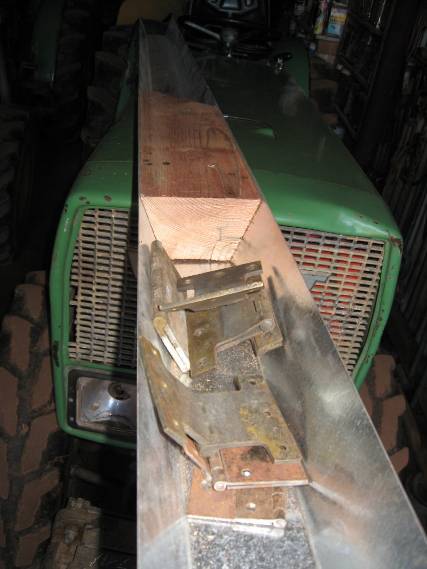 One hinge needed a new pin, but they’re all old-looking! Behind the hinges is yet another offcut from the beams Hennie Richter gave us for the lifting beam supports, cut down to fit exactly into the trough. The idea is that this can be slid up to the top of the other chute feeding the Stamford mill to block it off and divert the flow beyond to the Vitruvian Mill. It does fit and might work; I must just knock in the tacks which hold the metal lining in place, more firmly.

With some time on ‘Freedom Day’ I could make some headway on the bell-crank. I had found a short length of shaft and two old bearings from an old Bensimon fruit grader. All week, I’d been studying this picture of my last week’s unsuccessful attempts: 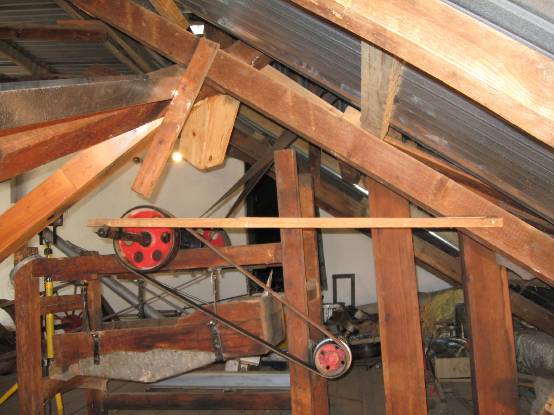 How could I pick up the rocking action and bring it to a place where it could agitate the chute above? The right hand corner of the grain cleaner seemed too difficult because of the closeness of the belt to the upright. I then concentrated on the left hand leg, the plan being to pick up the rocking action from that end of the shaking cradle. The length of the shaft from the old grader would be handy to make the ‘output’ as high as possible.

There would have to be a 90 degree bend in one of the arms. If the shaft was to be attached to this side of the left leg, then the bend would have to be in the lower, ‘input’ arm or lever. I got some 30 X 5mm flat bar, not wishing the mechanism to be too heavy and set out to make a flat right-angle bend in it. I started with the big blow-lamp but that was not nearly hot enough, so I lit the forge: 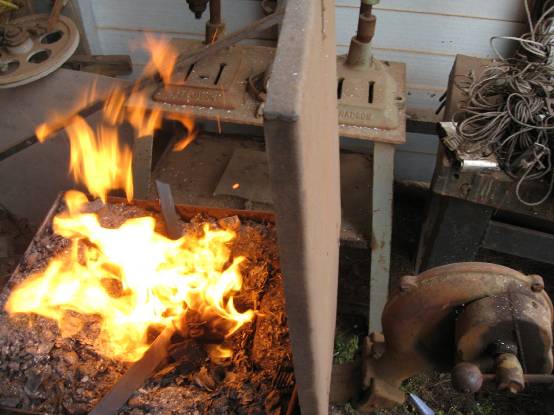 Using a tip I’d picked up from Conrad Blacksmith, I used a combination of coal and charcoal (braai briquettes!) and soon there was a raging fire. My normal anvil was stolen, so I used the small one: 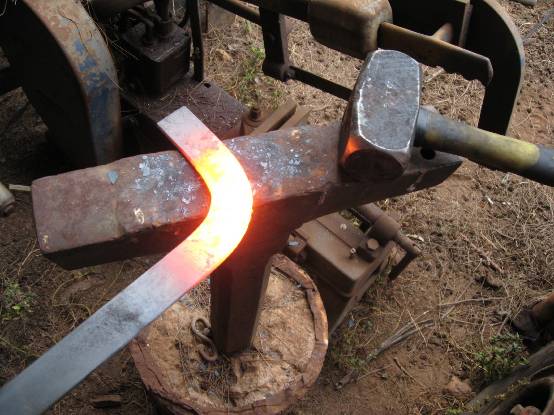 This was in fact the third attempt…. the first actually melted off in the fire and the second didn’t have enough reach in the short end. I could then weld this and a straight one to collars which were machined in the week, and assemble it. 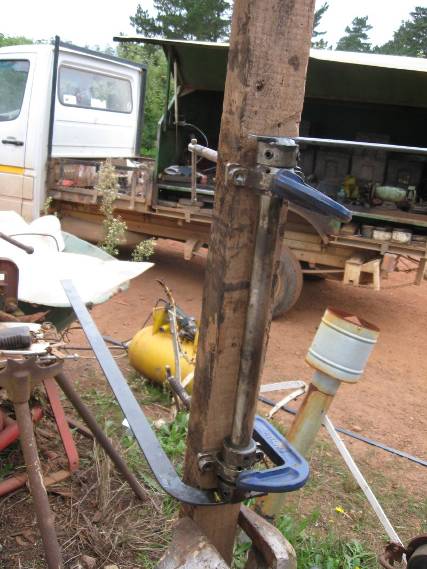 The lower one will go around the corner of the leg, the upper one to the area below the chute which must be rocked. I hoped the leg would be wider than this loose piece of 3” X 2” purlin, because the bolt holes of the bearings were too far apart. I still had to make a link to connect the lower arm to the reciprocating cradle of the grain cleaner. The U-bolt from a Crosby clamp used normally on wire rope was just right, fed through a hole drilled in the straight end of one of my failed attempts at flat-bending; the cut off ends of the u-bolt welded to the rear of a steel plate to be hidden from view: 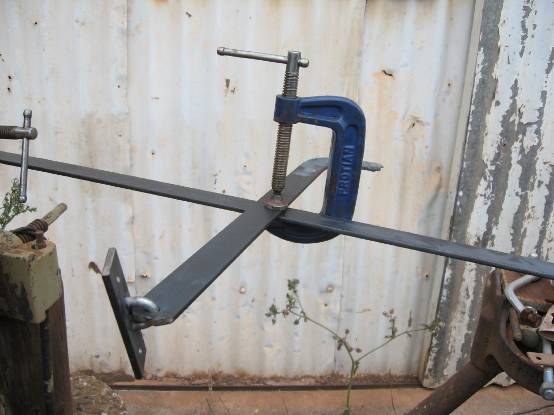 In fact when I got to the Mill on Saturday, the leg was too narrow for the bearing but I offered it up anyway, just to get a feel for it. In doing this, I realised it would be better for the assembly to stand further away from the leg anyway, what better than a wider plank as a spacer? 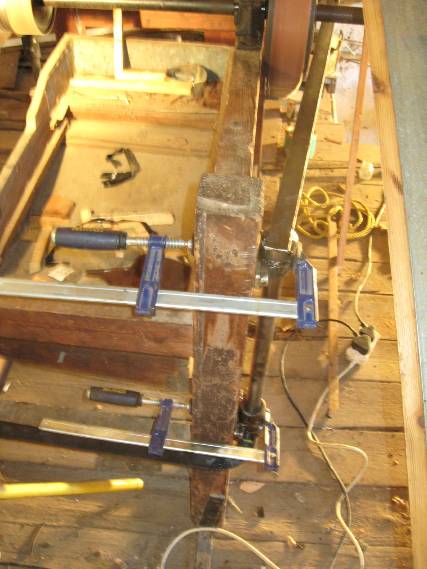 There is even a bolt in this end of the cradle, exactly where I want to attach the u-bolt for the link! Still only wanting to use Oregon, I found some pieces which were removed from the floor recently and glued them back to back, having sanded the mating faces: 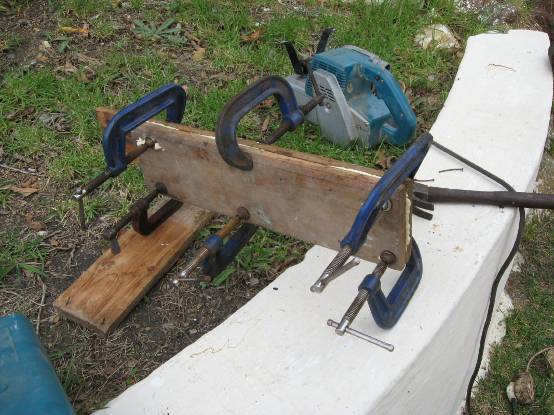 This needed trimming and sanding on the outside and I could then offer the assembly up to the machine, and the outcome was most satisfactory. I didn’t have all the fixings so I couldn’t get much further.

Our Study Group had arranged a walk in the mountains above the farm with Gerald McCann on Saturday afternoon, ending at Compagnes Drift; much of the walk being on their land. I had been milling during the morning, as well as showing visitors around, so I left the Mill in mid-stride, to be able to set it in motion immediately we got back from the walk. As we walked in, Jessie Walton arrived with her parents, Gwen and Gawie Fagan, her mum being famous for roses; her father is the doyen of old architecture in the Cape. It was great to be able to show the whole group what has been achieved at the Mill in the last 3½ years.