Having done some marking on the wooden plug for the chute to the Stamford last week, I did some sawing at home. At the Mill, I removed some big-headed tacks from the metal plates lining the chute and sanded the plug all over to fit nicely into the trough and tried it out. 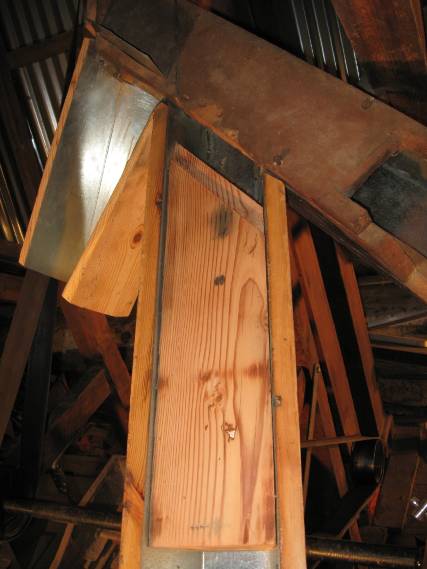 The cutaway at the top end fits in under the lid of the main chute, but it’s not quite wide enough for the plug to seal off level inside, so that must be widened. It also needs a handle to pull it out!

Also I had made a hasp for the chute-end of the agitator mechanism because a single screw into the bottom of the chute was not going to last. I attached the hasp to a much longer rod, so that the shaking action could work straight, and to the middle of the chute rather than with a bend to the top end as I tested it before. 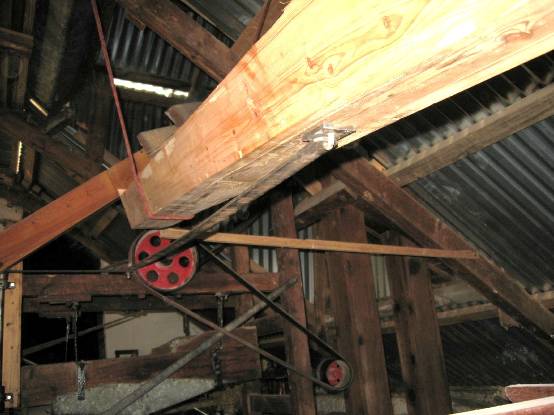 I was busy milling and demonstrating to a group of ladies, but I’d held back half a bucket of ‘conditioned’ (dampened) grain, so with some trepidation I started scooping it into the top end of the agitating trough. At first it wasn’t moving, but the water wheel was running at less than our normal 4 RPM minimum. It needed just a bit more speed and in fact more grain before it started working its way downwards, to fall into the hopper! 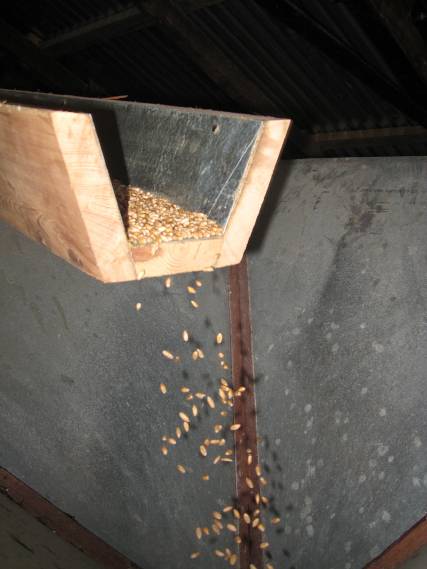 The next whole bucket went down the chute with no problems. This time I tried out the main fixed chute, too, and found that while that held the grain back, the more I poured into the agitating chute, the more it flowed! 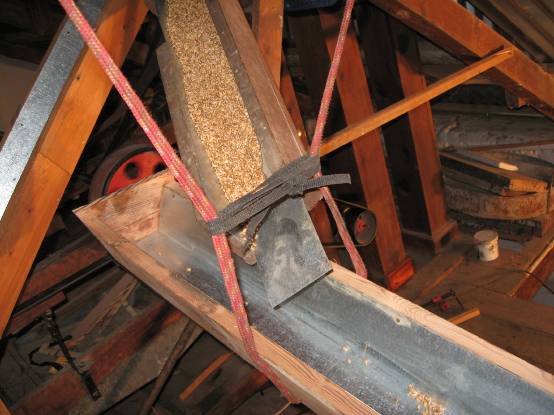 The most satisfying thing about this exercise is that I don’t need to cut anything off the original fixed chute. I would only have done that as a last resort, having photographed it carefully first, and I would have saved the off-cut. 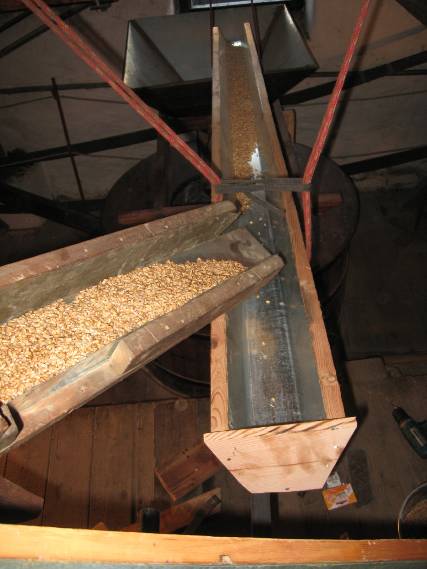 For suspending the trough, I think I’ll use donkey-chain, using the same suspension points that I’m using now. Again, I’ll make hasps where it attaches to the woodwork. It must be demountable, because the hopper-end of the chute will be in the way of any stone-lifting and dressing operations.

I have always wanted to seal off the eye of the runner stone between millings. The top of the tun has a fitted lid and the outlet where the meal-spout hooks out has a specially made cover, but if a rat should manage to get in, everything could be cleaned out on the outside easily, but the eye of the stone would be difficult. I found a commercial ice-cream bucket fits perfectly! 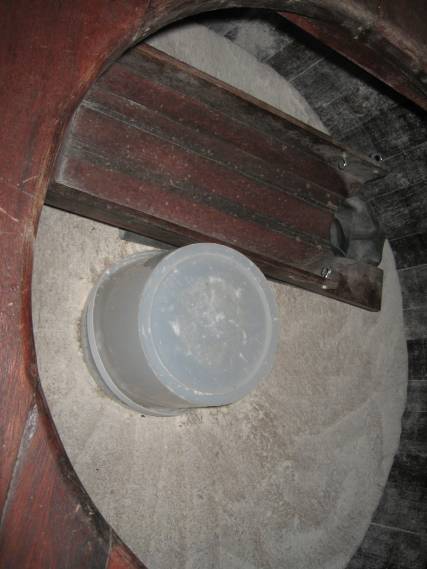 The shoe sleeps inside the tun anyway, and the meal-spout and damsel have a box of their own.