Feedback on this subject has come from an unlikely source; Godwin Hampton wrote in from Malta with startling news!

The article about the War Train is most interesting, especially since I now know that I have something made by the South Afrcan Railways! 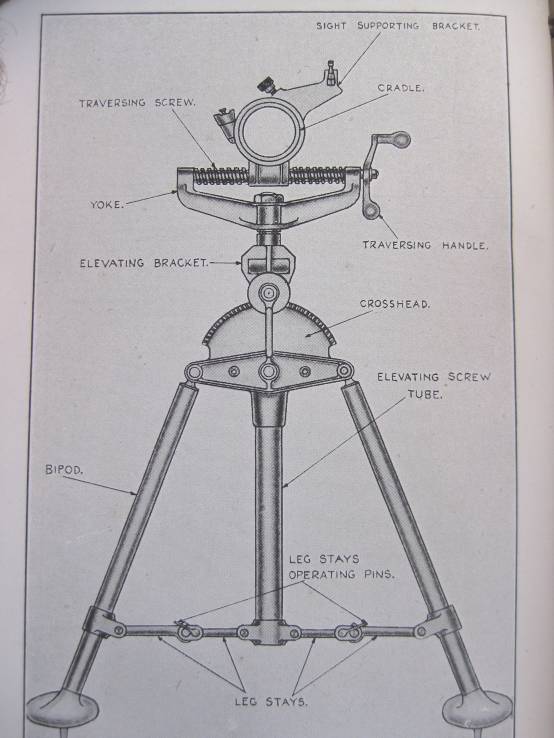 Well, about a year ago I bought a 3" Mortar bipod over the internet from a guy in Greece, and when it arrived and I took it to bits for blasting, the South African acceptance mark (a crow's foot mark inside a U) appeared. 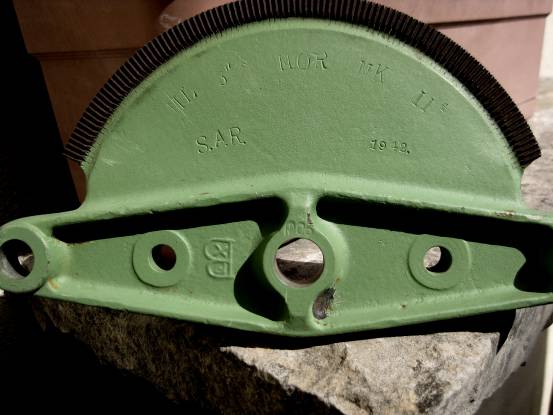 Now I know who made it.....and why it has the letters S.A.R hand stamped on it. The forgings have a mark which was a female on the die and so appears a male on the part. The mark consists of a capital B with the letter F inside the top half and the letter X inside the bottom half of the 'B'.

Now all I need for it are a base plate and a barrel!

How's that for GLOBALISATION...interesting to see how it is all coming together....

Thanks for providing interesting information, 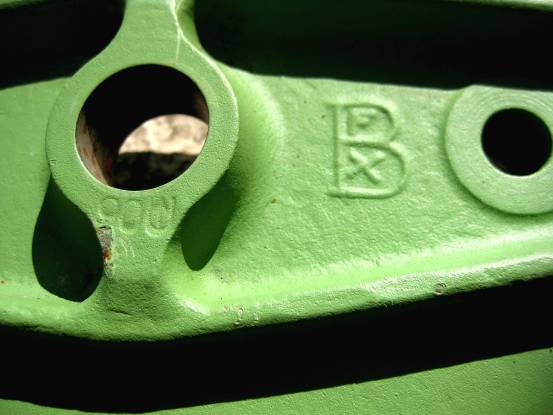 The forging mark can be clearly seen, and near the bore, a 90 and the Union of South Africa Government Equipment sign, a pheon in a capital U.

Can anybody give any clues as to the forging markings? Can anybody help Godwin with the rest of his mortar? He has sourced a sight in the Netherlands. 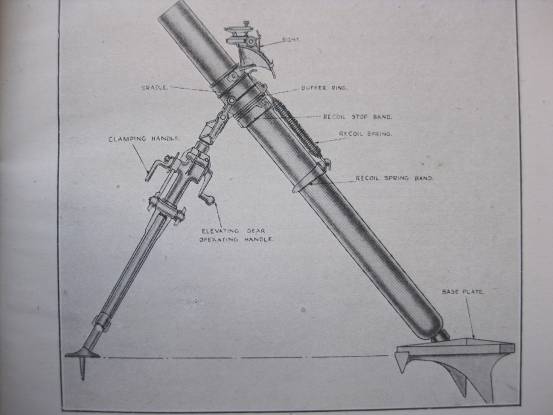 The full Mortar, taken from the Small Arms Training pamphlet No.9, 1939 and 1943 editions.

In fact, the ‘crow’s foot’ is actually a broad arrow head, or ‘pheon’, used for around 500 years, maybe even longer, to identify government property.