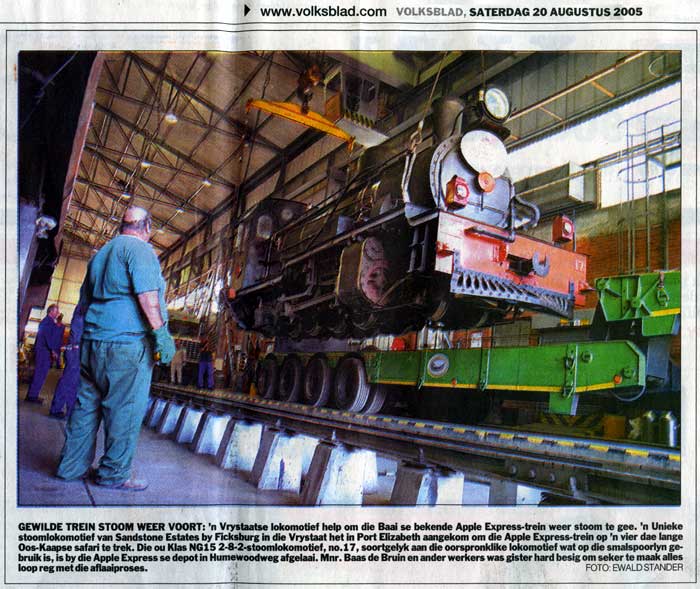 The old Class NG15 2-8-2 steam locomotive No. 17, similar to the original locomotives used on the narrow gauge line, was offloaded at the Humewood Apple Express depot. Yesterday, Mr. Baas de Bruin and other workers were hard at work to ensure that the offloading process went according to plan.