After the trial run with the Kalahari at Port Elizabeth, we rushed back to Sandstone Estates to organise the special train trips prior to the Avontuur Adventurer. 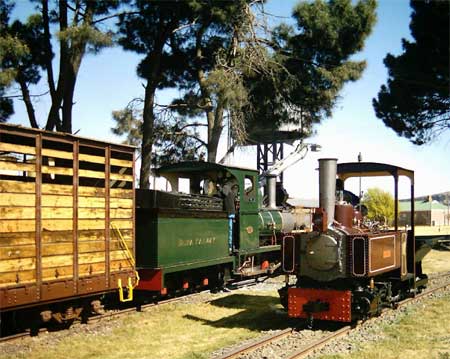 Above are two photos, one taken just before we went onto the new line and one after completion.

THURSDAY 01 SEPTEMBER 2005
We steamed Garratt NGG13 number 49 for this special day. All the guests on this day were part of the Avontuur Adventurer.

Derrick and I came out 02h00 on Thursday morning to steam 49.

Number 49 was standing at the station just before sunrise with myself as driver and Derrick van Zyl doing duty as fireman.
We first did some run pasts at Hoekfontein station and departed for Grootdraai at 07h30. On return to Hoekfontein, the photographers had some time for breakfast before taking on the very long and exhausting day to Vailima Halt. NGG13 also had a chance to ride on the new line with new photographical spots.
We returned to Hoekfontein to replenish the coal on the tender, while photographers had the chance to replenish their stomachs at lunchtime. We again departed for Vailima Halt but the other way around where every one had a perfect photographic opportunity with the locomotive near sunset. We returned to Hoekfontein and all of us enjoyed a "braai" at the old Waenhuis.

FRIDAY 02 SEPTEMBER 2005
We steamed the Lawley again for this day. Driver Derrick van Zyl and fireman Des Clark manned the Lawley and worked this special train to Grootdraai and back to Hoekfontein again. She also performed some run pasts near Pandora. Her fire was dropped at 13h00 and Derrick and I rushed home to depart for Port Elizabeth early on Saturday morning. 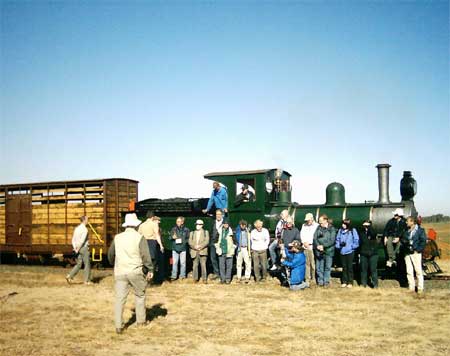 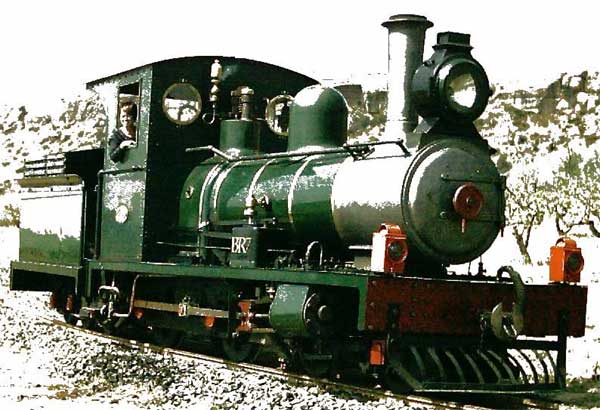