One might assume that collecting 186 railway wagons from many different parts of Natal may sound fairly straightforward. It is far from being a task for the feint hearted. Leon Flynn who has been with the Sandstone Heritage Trust since the beginning has hauled virtually everything that has been brought in or delivered and has covered hundreds of thousands of kilometres. He is tasked with the job of collecting 186 wagons from seven different locations. That in itself is straightforward but he has to get them out of the bush and get the trees removed that have in many cases imprisoned them. Leon is always cheerful and there is no job that he considers too difficult. If ever attitude was an important asset in an employee Leon has a positive attitude in abundance.

Leon pictured below with the Feldbahn 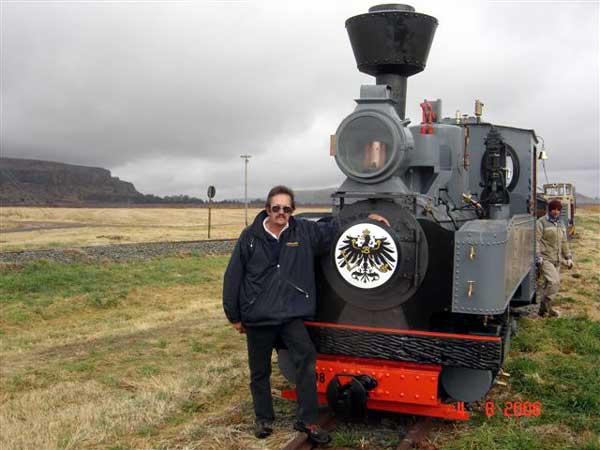