The last Sandstone locomotive has now left Transnet’s  Bloemfontein Depot and has arrived at Sandstone Estates near Ficksburg. This is 11th Class number 929.

Designed by P.A. Hyde for the Central South African Railways (CSAR), these engines of the “Mikado” wheel arrangement were the only such type to run on the Cape gauge in South Africa apart from two experimental engines on the Cape Government Railways. The last examples were withdrawn by 1975. Nevertheless many were sold to mining operations both in the Transvaal and Orange Free State. Sandstone’s No. 929 became Freegold’s President Steyn Mine No. 6. In 1991, records show it “out of use” so it is possible it saw little if any service during that period. No. 929 was acquired from the President Steyn Mine by the Transnet Foundation in the early ‘90s and was subsequently sold to the UK-based North British Locomotive Preservation Group. Plans to export the loco to the UK fell through and Sandstone acquired the locomotive in 2013.

Our photo gallery shows number 929 being loaded together with its tender and arriving at Sandstone. 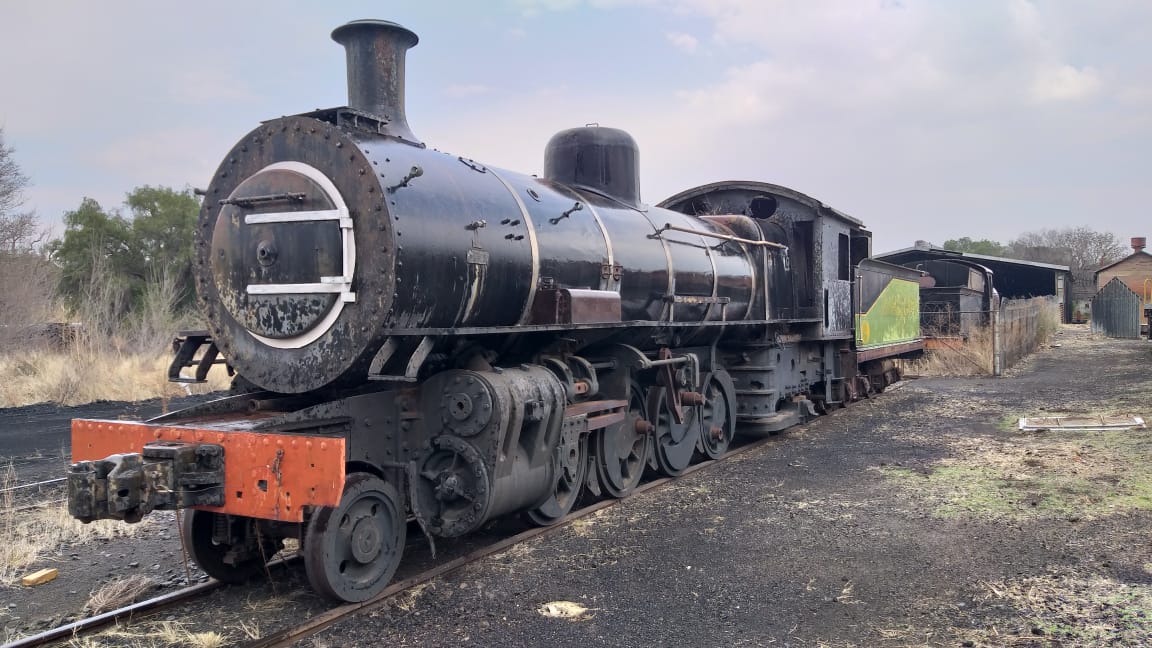 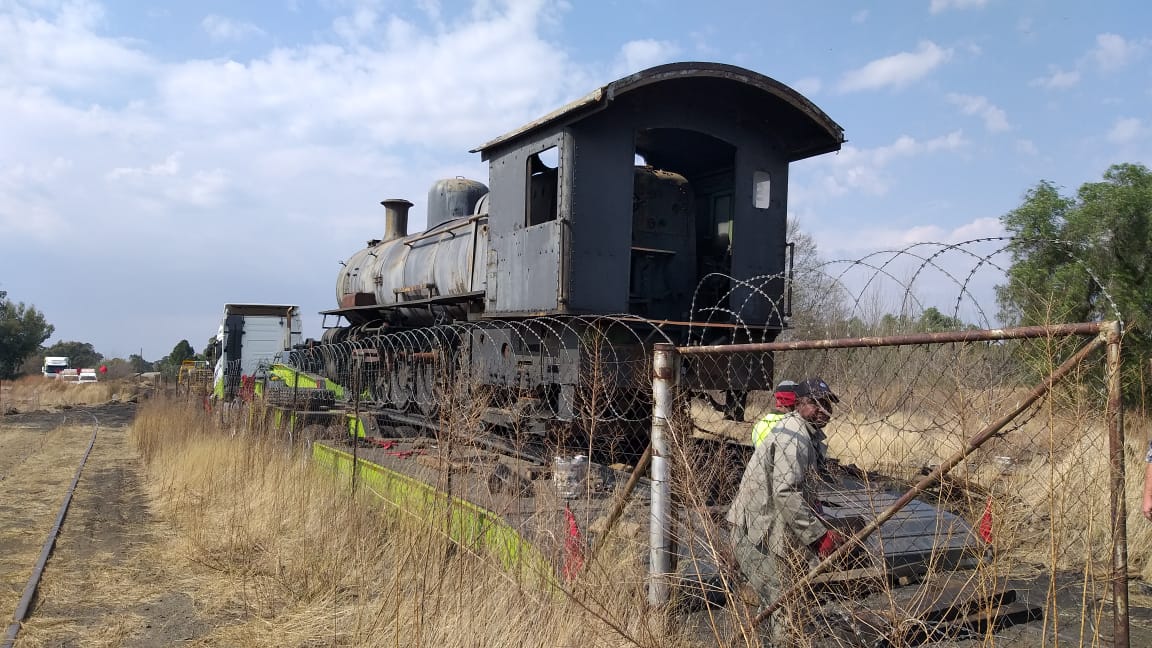 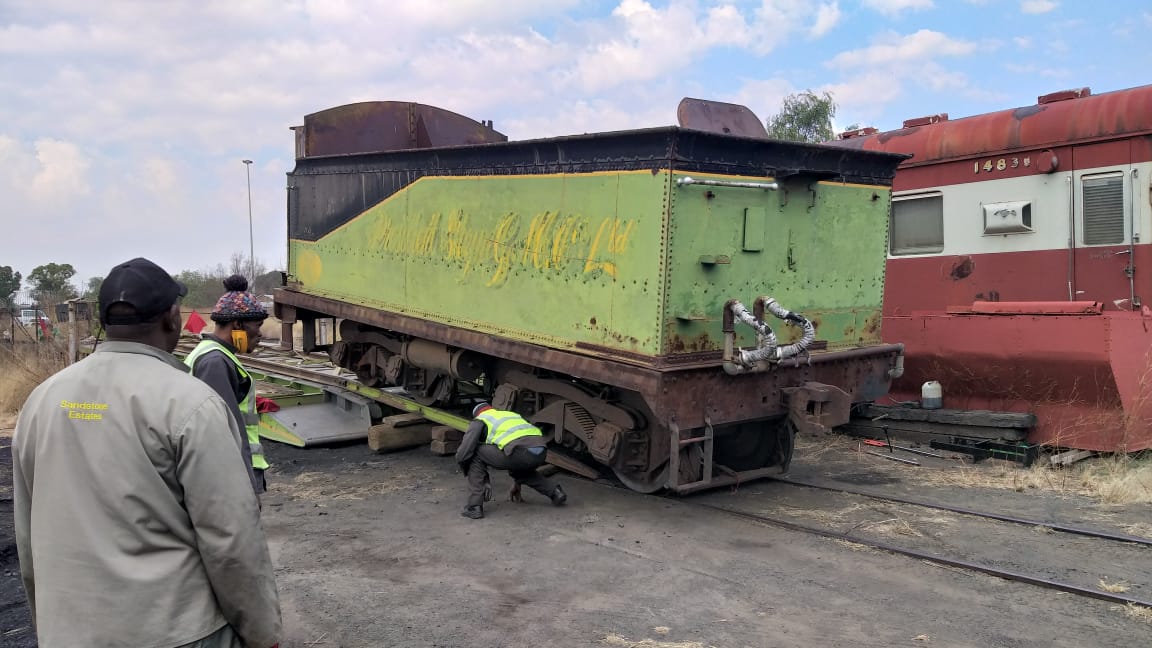 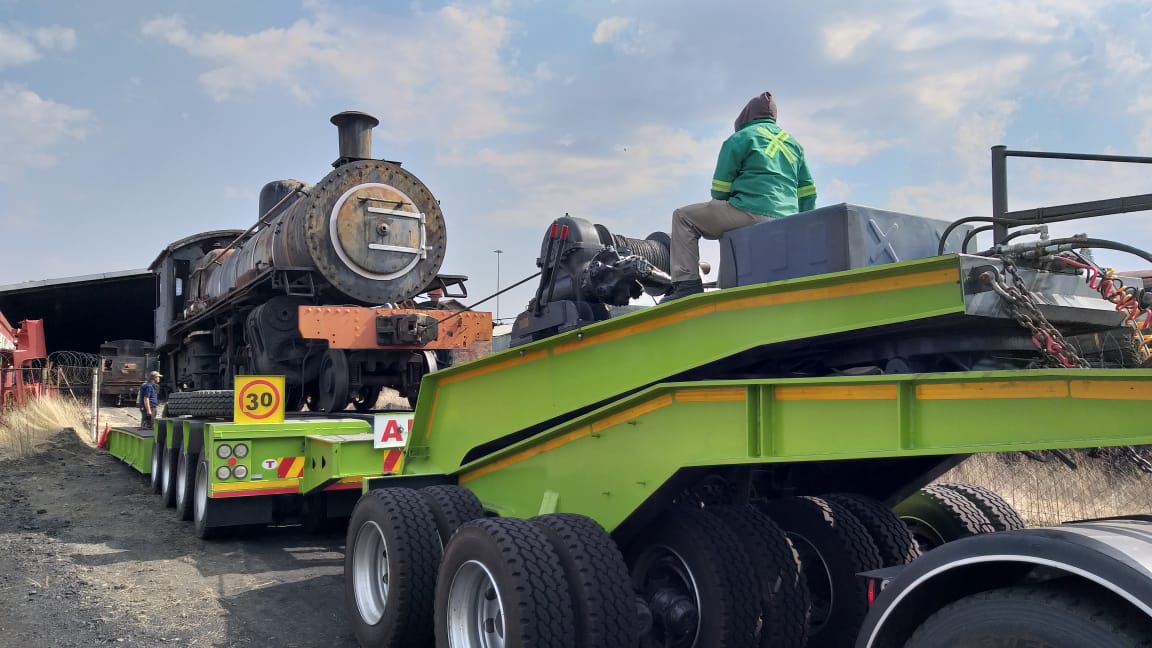 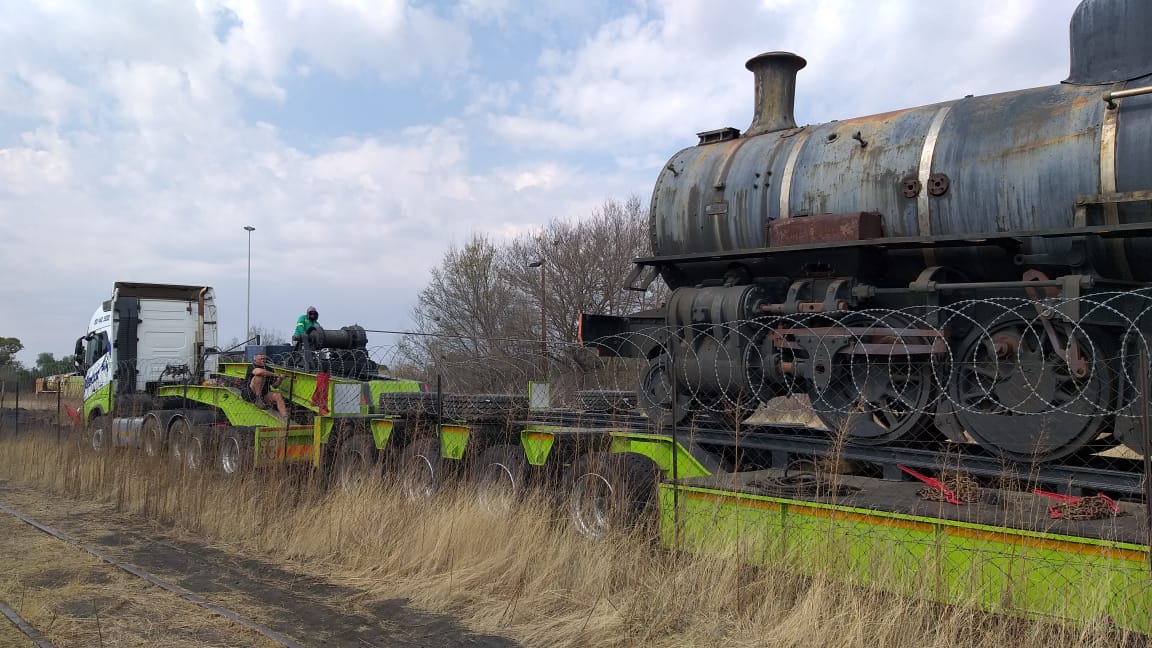 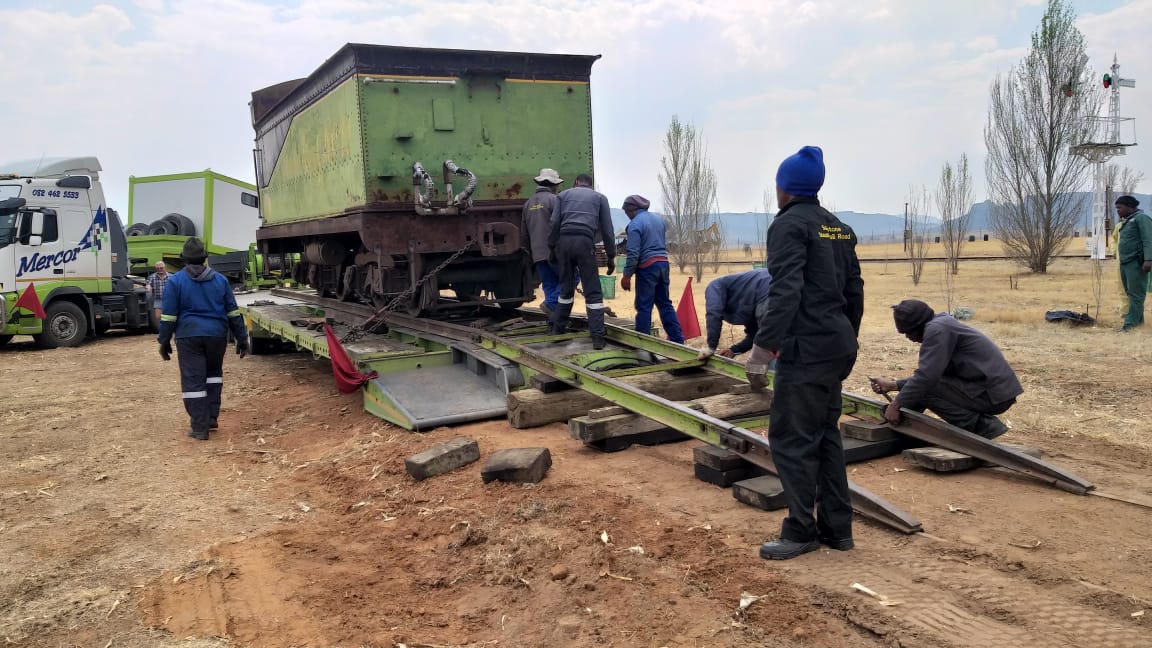 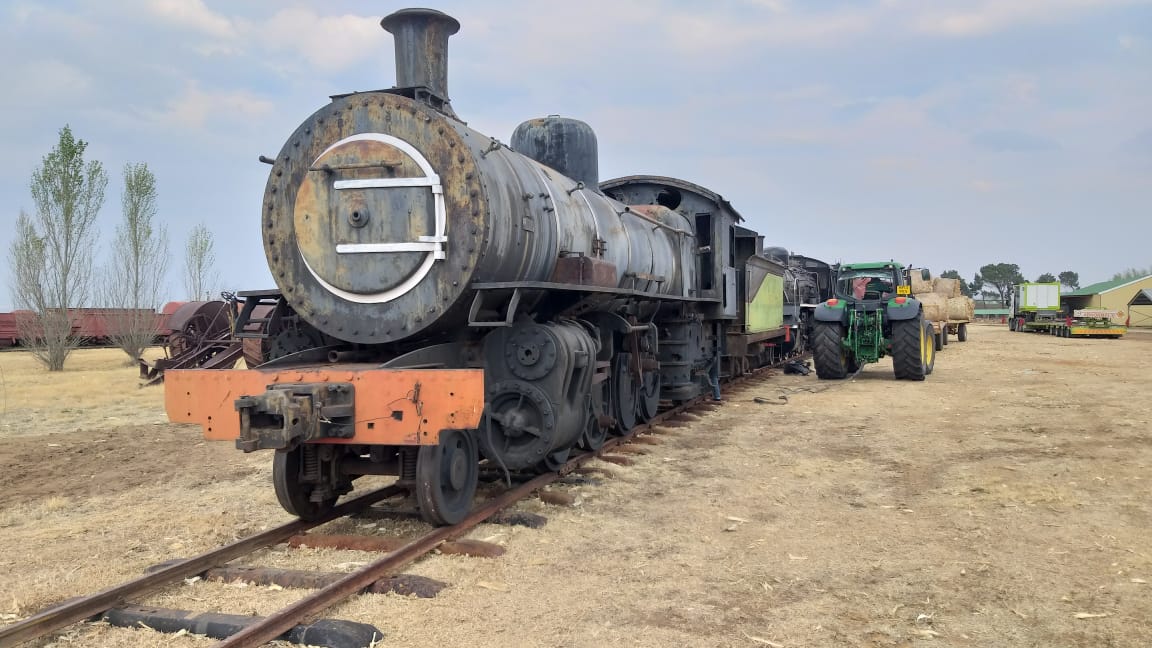 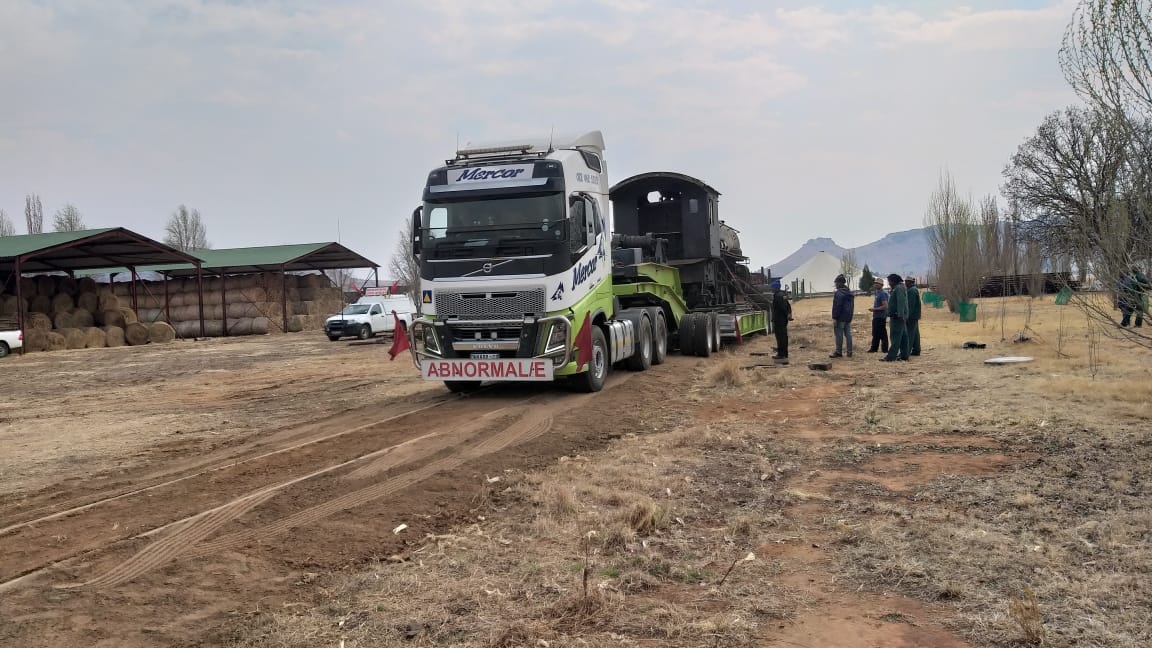 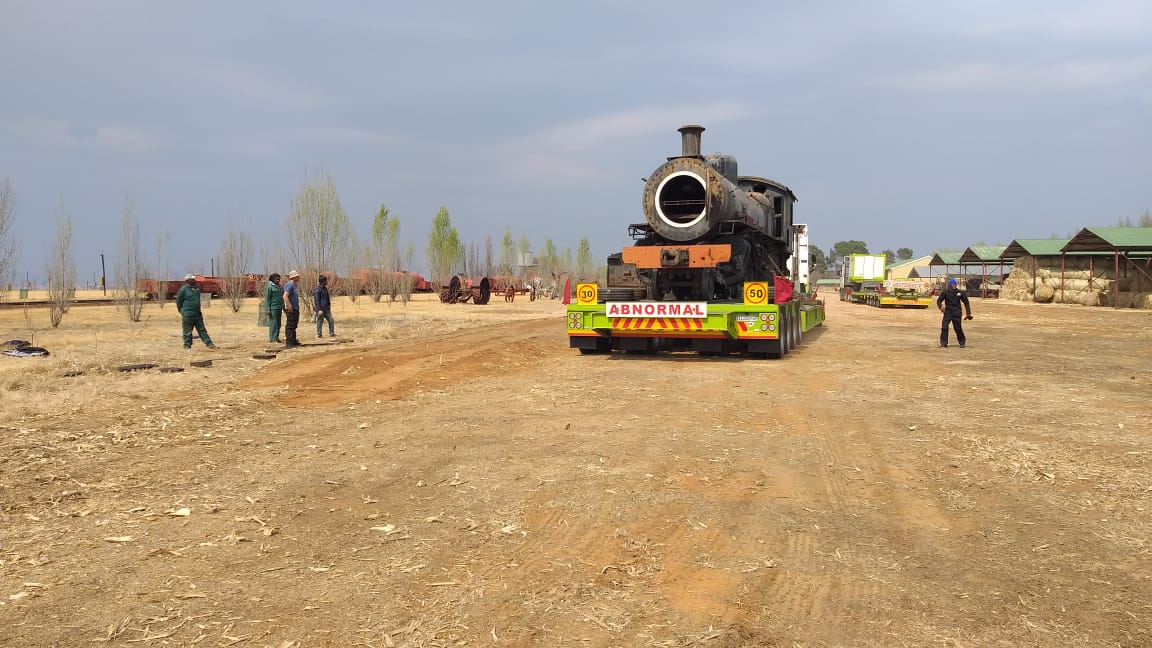 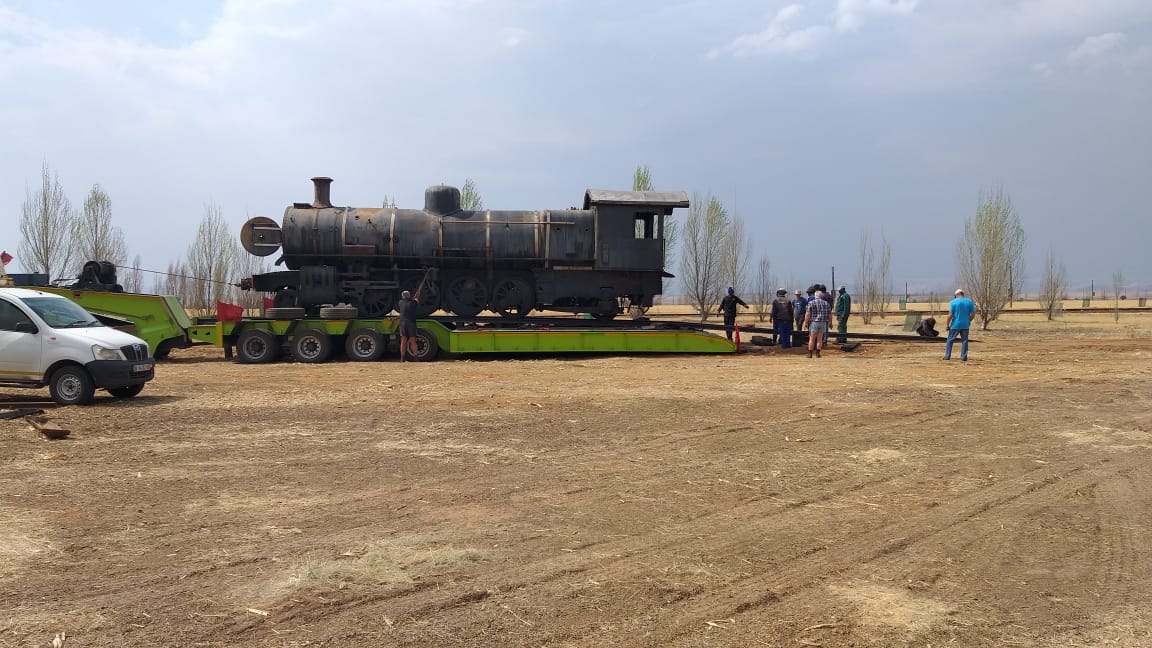