O&K 11112 is progressing well in Bloemfontein. The original 500mm gauge has been changed to 2ft. 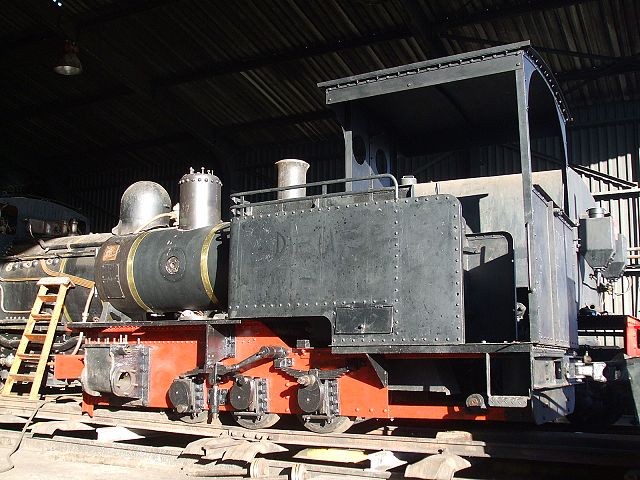 The Boiler has now been fitted and secured. We have started fitting the cladding around the boiler. 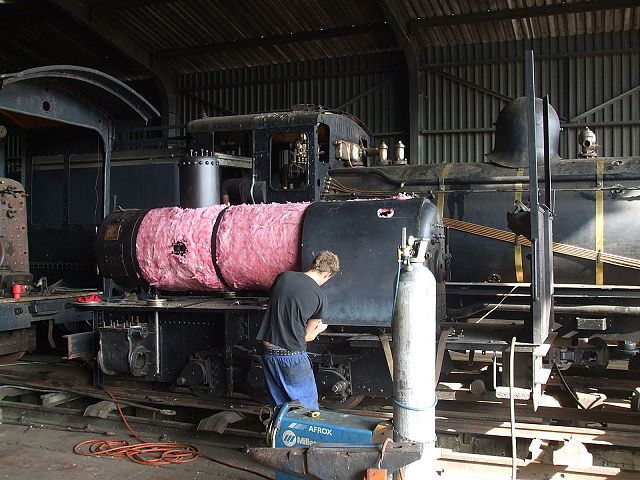 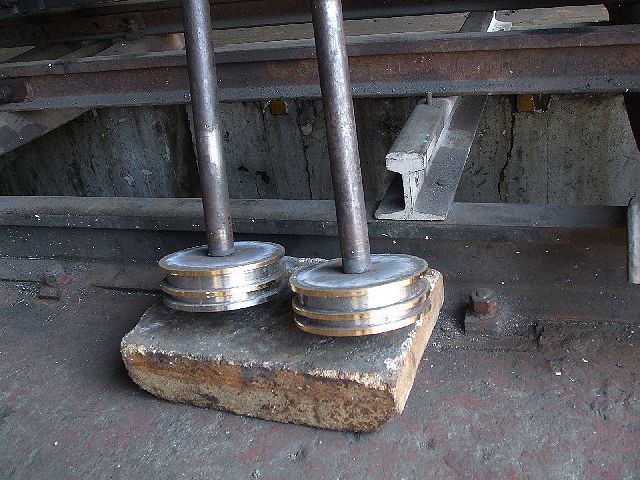 LUKAS obtained the spares to assemble locomotive 11112 below deck from the contractor today. Attached is a photo of the side rods with bushes and piston cross heads. 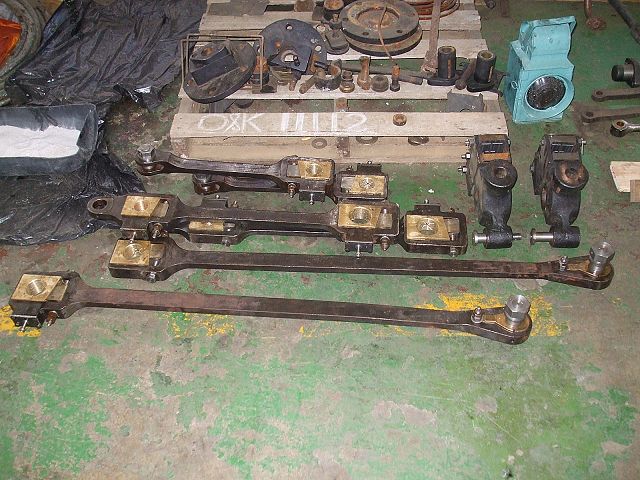 The newly refurbished boiler for O&K locomotive No. 11112 has arrived in Bloemfontein from Keith Stevens workshops in Howick. 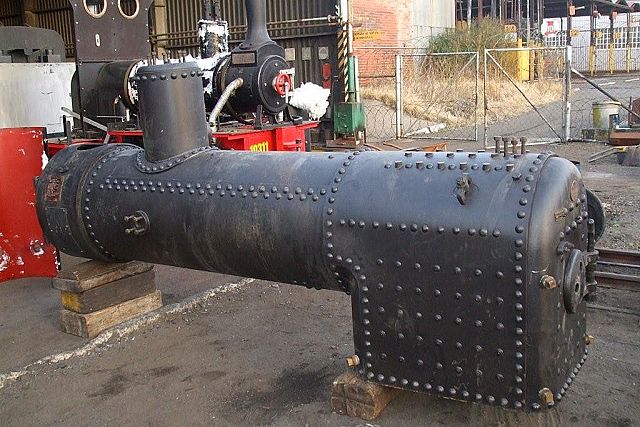 Attached is a photo of O&K 11112 and the newly fabricated sand boxes. 4 required. 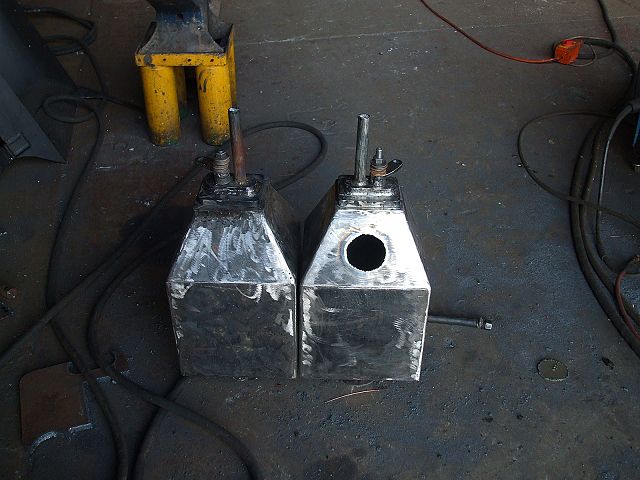 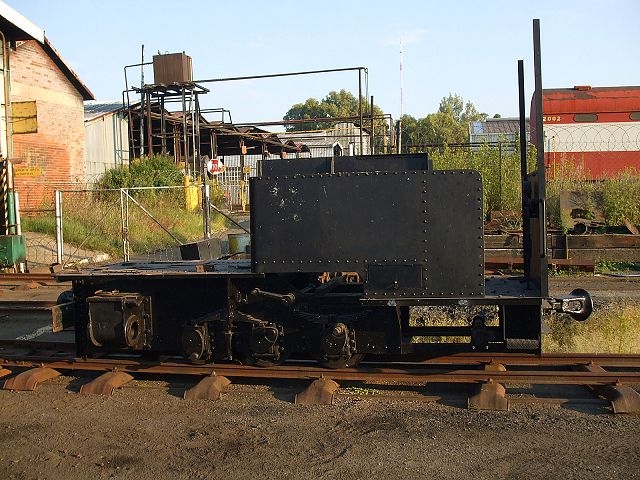 O & K Boiler No. 11112 is now complete and passed it's hydrostatic test on Wednesday 18 February 09 and is now ready for collection. The log book should be ready shortly.
I enclose pictures of the progress of this locomotive.

Juan countersinking rivet holes on the inside of the tube plate for clearance of the wash out plug, using a hand rachet. 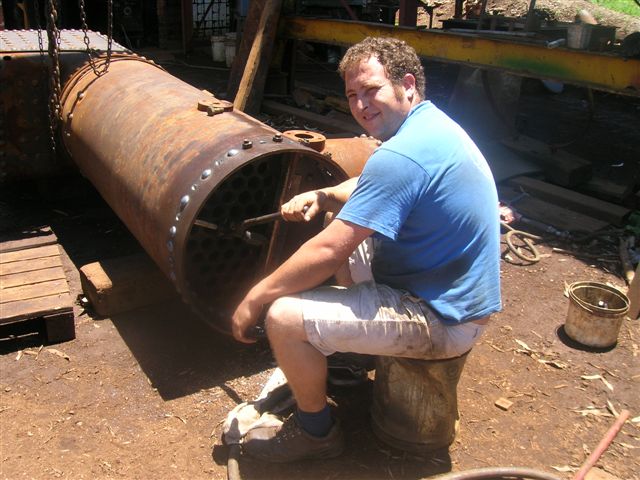 Firebox in position, riveted up, stayed up and caulked 0940 - Boiler in progress 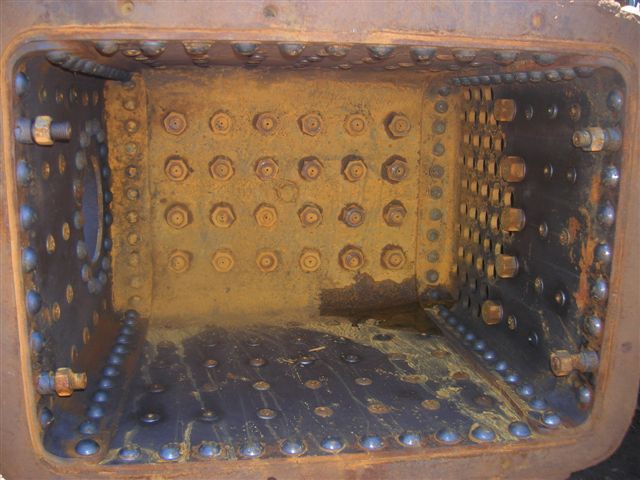 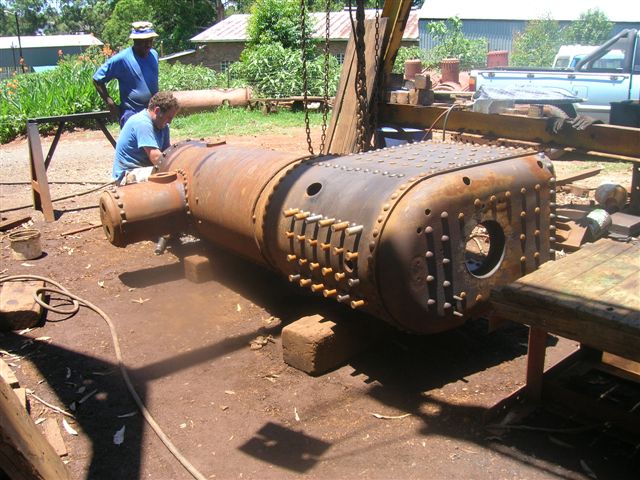 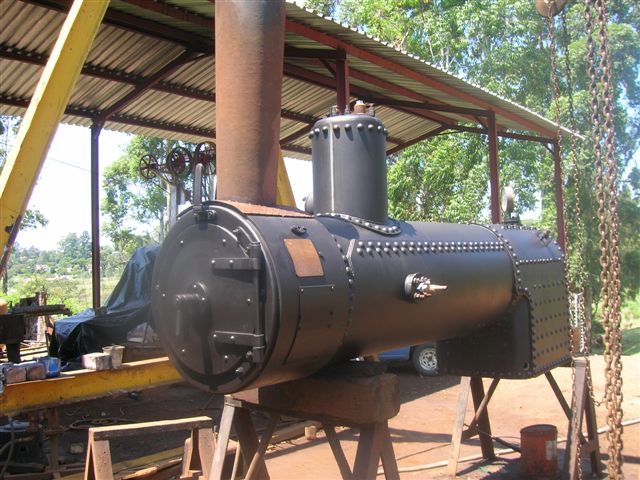 Set up for hydrostatic test 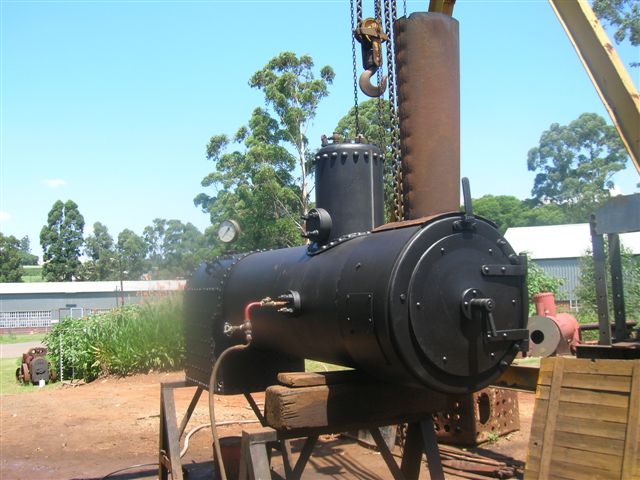 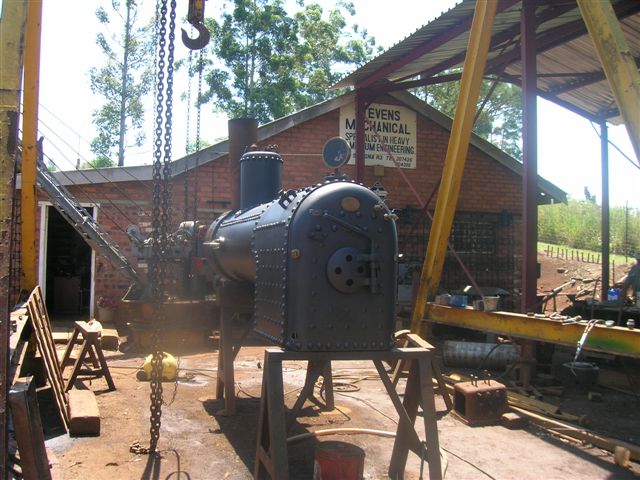 Our new fitter Isak has started tackling his own specific project. This will involve rebuilding a complete locomotive from scratch from drawings and photos we have managed to obtain from around the world.

Our photos show the ash pan and side tanks completed recently. 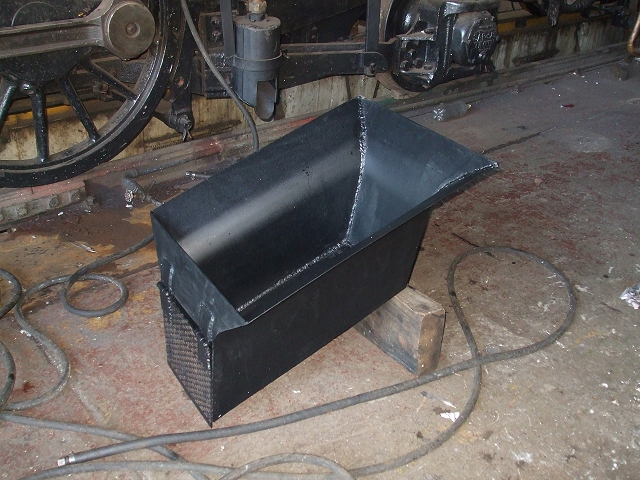 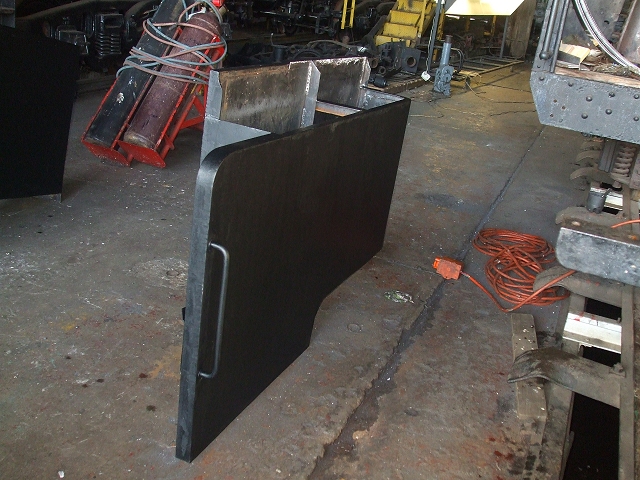 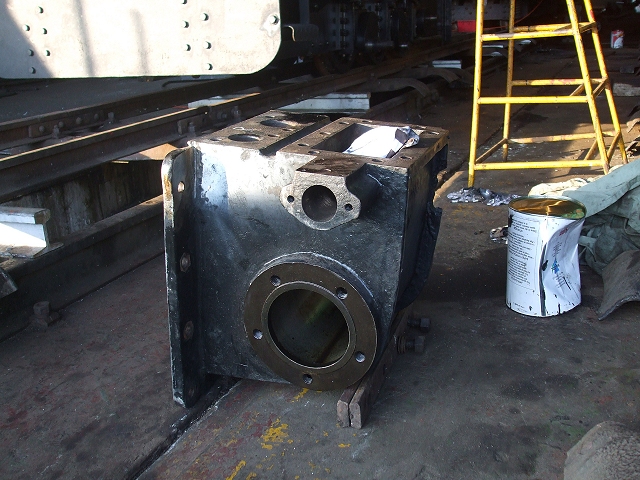 The quality of the engineering work is clear when one looks at the rebored cylinders for the O&K ex Angola locomotive currently under restoration. The same applies to the two rebuilt and machined pistons.

The restoration of the chassis of O&K 11112 begins.

Last October we reported on the progress that Keith Stevens was making on the new boiler for this ex Angola locomotive (here). In Bloemfontein Lukas Nel and new recruit to the steam team, Isak van den Berg, have begun the restoration of the chassis of this 500mm gauge locomotive. The cylinders have been removed from the frames for reboring and the loco has been re gauged to 600mm. New plating has been fabricated for the cab and side tanks as the attached pictures show. 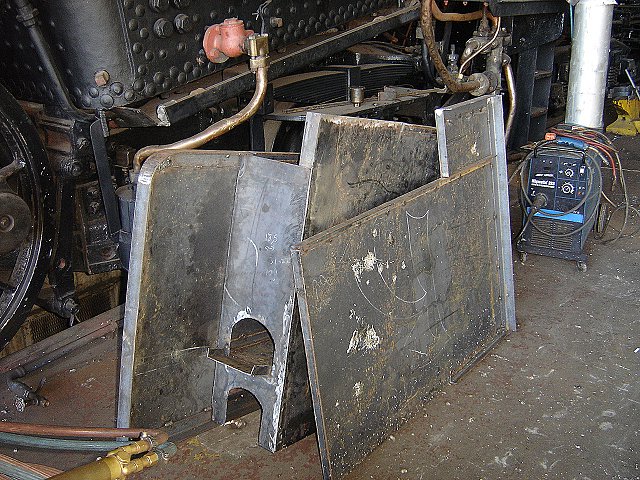 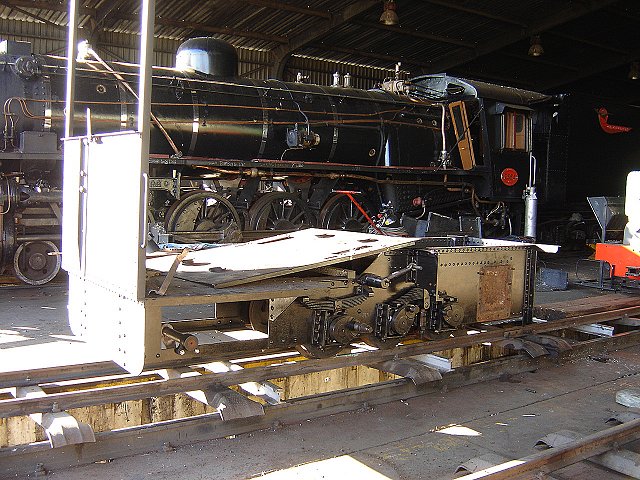