Sandstone’s Angola twins, O&K 11112 and 12140 are moving forwards towards their final restoration.

The two locos rescued from Angola in 2003 were originally 500mm gauge on the Companhia Do Assucar De Angola sugar estate system. They have now been regauged to 600mm. The boiler and rebuilt cab has been fitted to No: 12140 and both locos must now have all the boiler mountings and fittings fabricated to complete them finally. Our picture shows the two locos with No. 12140 leading. 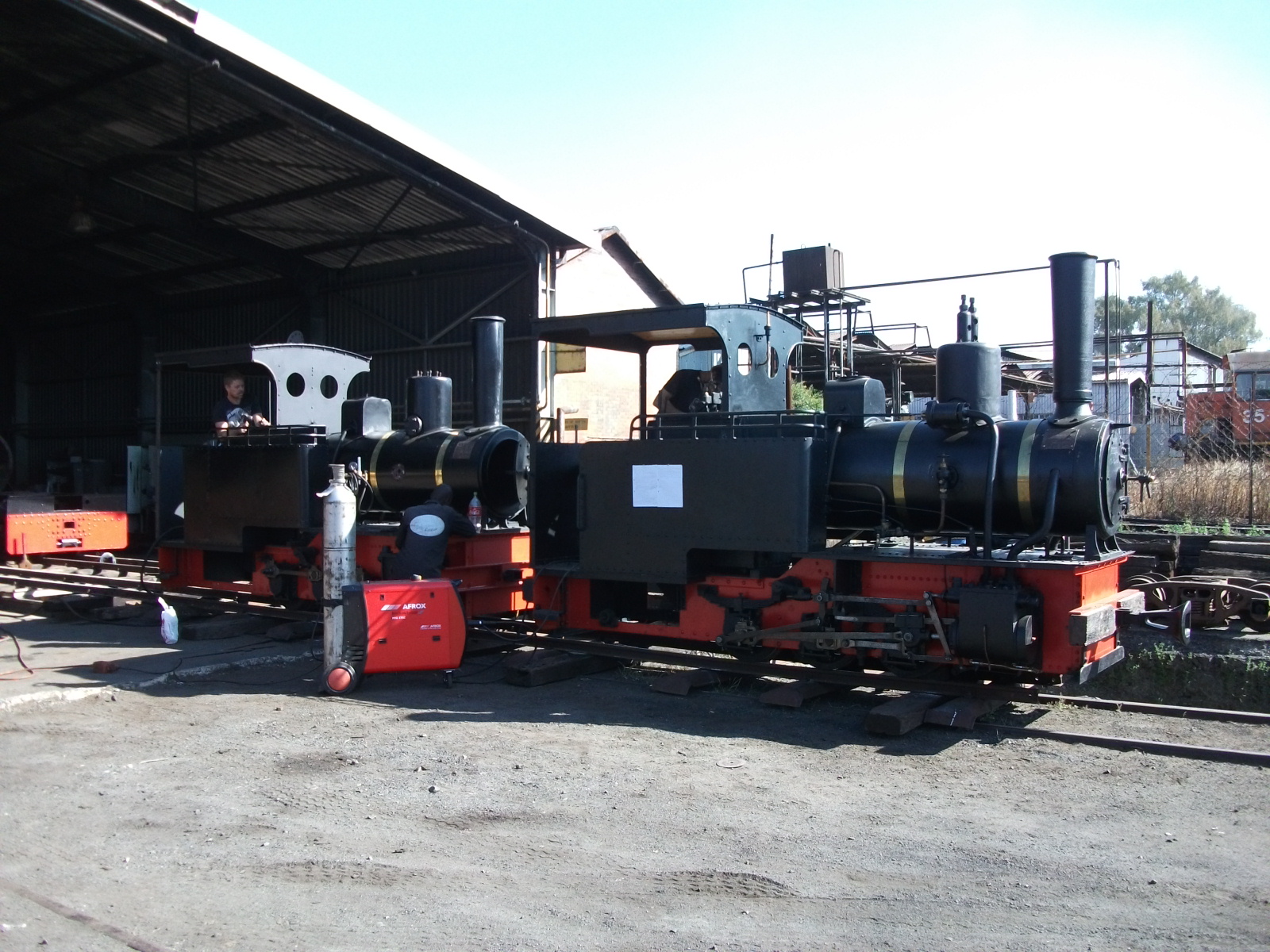