A few of us guys and girls at Reefsteamers have another interest in steam, just in the scale miniature live steam form! On the odd occasion we spend the day out at the Rand Society of Model Engineers in Florida when we can find a gap in our busy Reefsteamers schedule, and run the scale live steam models owned and built by the Ackerman family. Lee Gates, the Reefsteamers secretary bought an SAR class 10BR model from a lady whose doctor husband had passed away a year ago, the irony was that he purchased the class 10BR from Patrick and Shaun Ackerman's late grandfather who built the loco more that 22 years ago. This was just one of more than 17 scale steam and electric models Pat Ackerman (snr) built in his 45 years in the hobby. Patrick and Shaun were ecstatic when Lee purchased the locomotive back from the lady and it was reunited with the Ackerman family.

Sunday the 1st November, the 1 year anniversary of their late grandfather passing saw Patrick and Shaun take down three of the four live steam models they still have, built by Pat Ackerman (snr). The locomotives in question in the line-up are from left to right, the class 10BR and Lee Gates the new owner, second in line a freelance class "springbok" with Patrick based on a British Railways class B1, third in line an American narrow gauge logging "Shay" locomotive with Shaun which is very unique and fourth in line a British Railways class 7P with Pat Ackerman, Patrick and Shaun's father, son of the late Pat Ackerman (snr)

All of the locomotives where built by Pat Ackerman (snr) and spent the day running together with the Ackerman Family, Lee Gates and a number of keen Reefsteamers supporters. A fun day was had by all and the Reefsteamers team enjoyed the opportunity to drive live steam model locomotive. 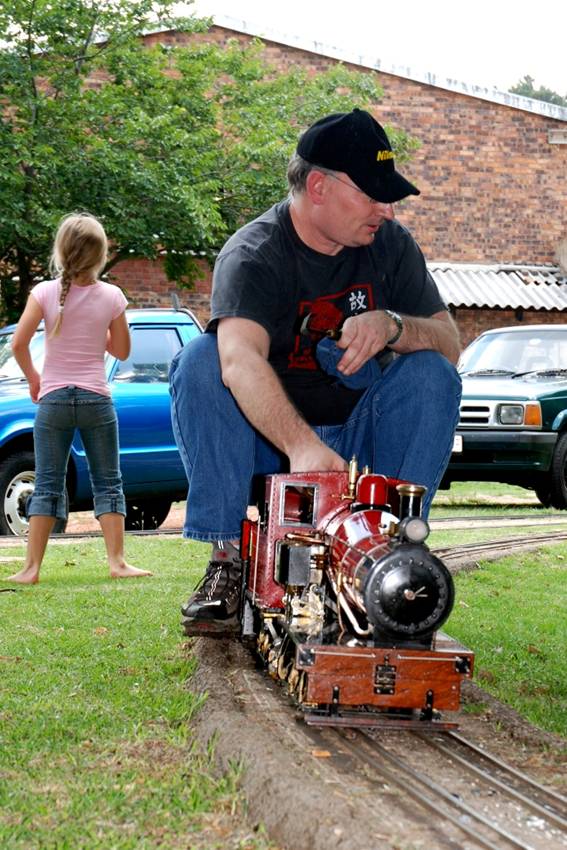 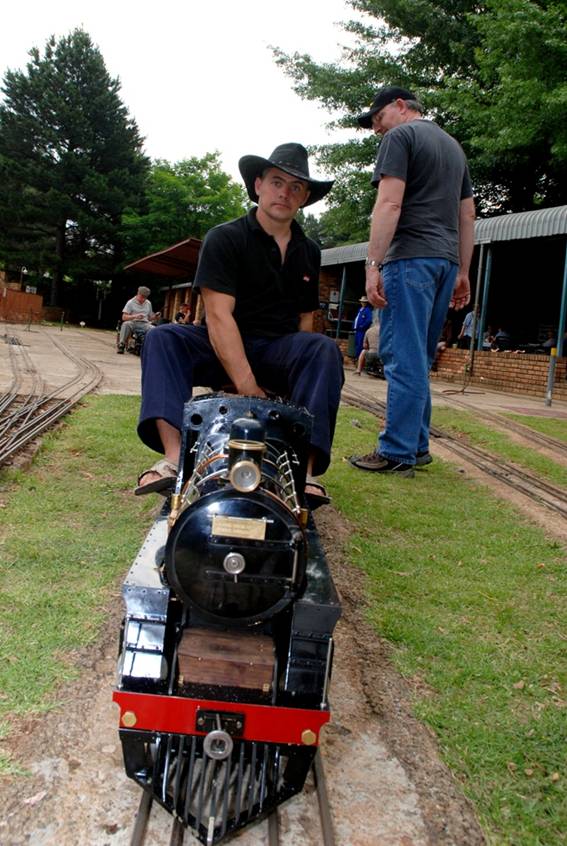 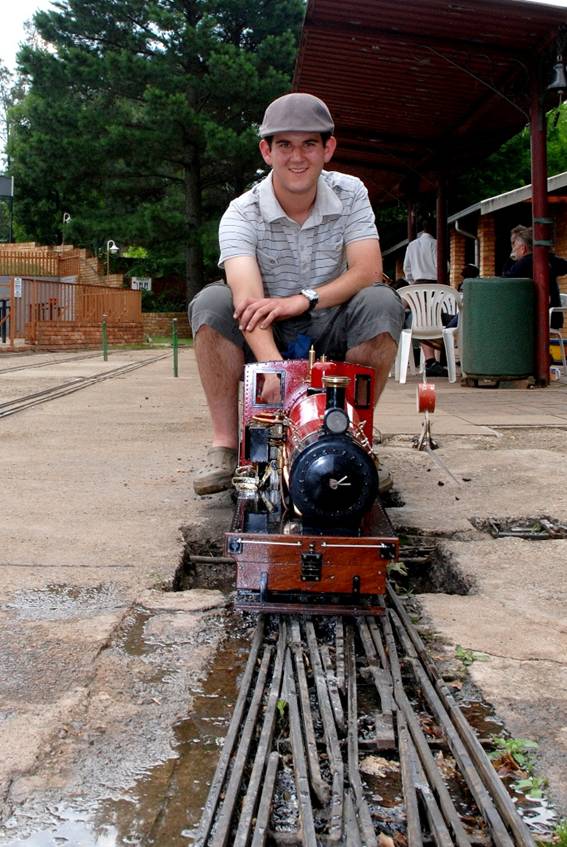 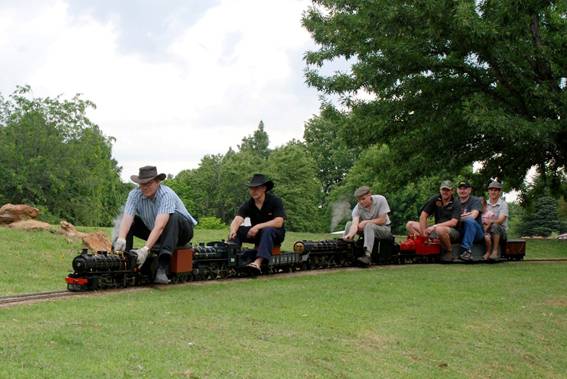 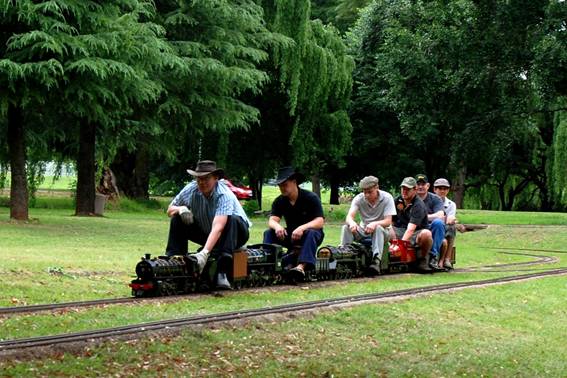 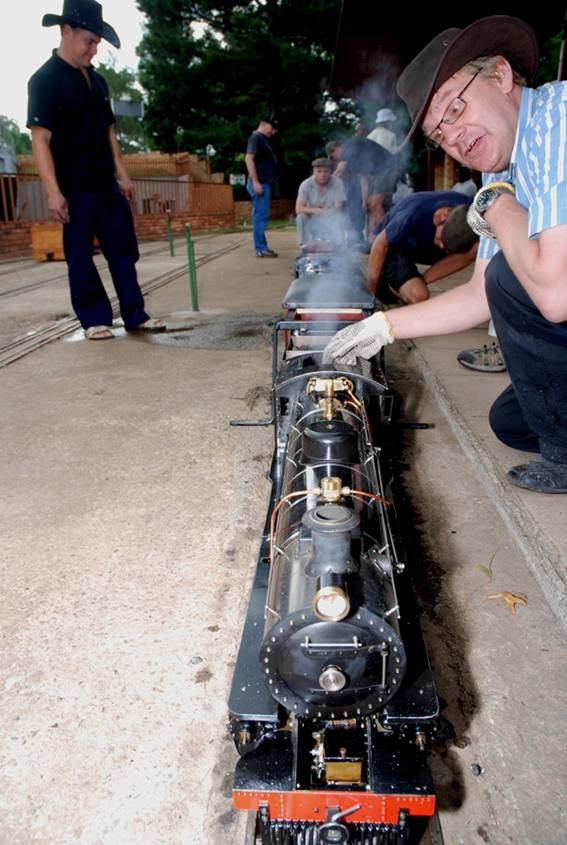 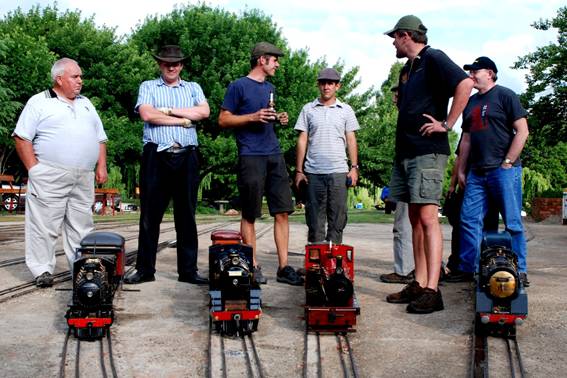 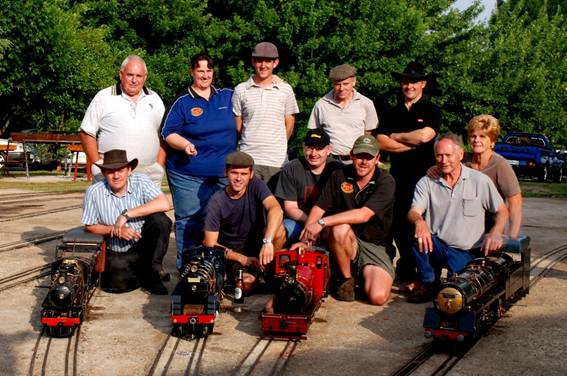