The Sandstone Heritage Trust's rare Allen Trencher made by John Allen & Sons of Oxford (number 350748) has recently received a mechanical upgrade. The diesel pump fitted to the Dorman engine was overhauled and a whole host of other technical improvements were made. This trencher was imported new to South Africa in the mid-1950's by Eric Mole who opened South Africa's first plant hire company some years before. Transvaal Plant Hire was a pioneer in the concept of hiring plant to the construction industry. This machine worked for many years and amongst other things dug a water pipe line from the Zambezi River to Wankie Colliery in what was then Rhodesia, now Zimbabwe. 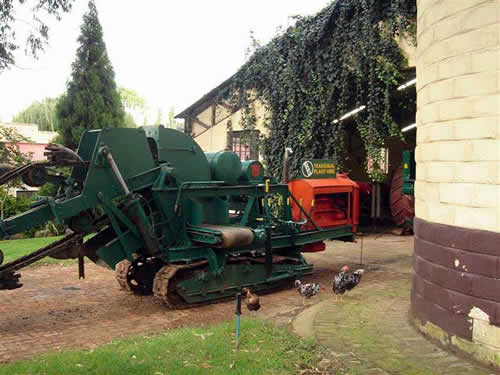 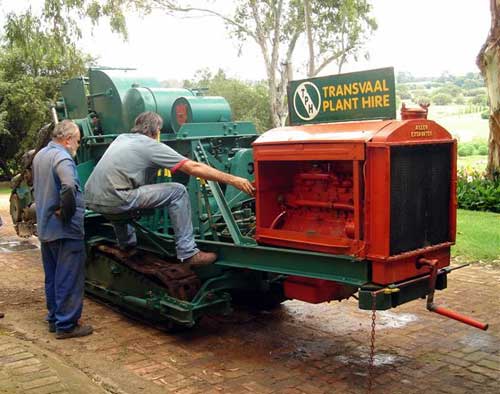