Marromeu Estate is on the south side of the Zambesi River, some 750 kms north of Beira. The estate had an extensive 2ft (600mm) narrow gauge system and was originally connected by a 3ft-gauge line of some 100 kms to Caia, also owned by Sena. This was closed in 1970 when a 3'6" gauge line, from Inhamitanga to Marromeu, was opened by Mozambique Railways (CFM). In 1975, with the onset of independence and the subsequent civil war, the estate and mill was closed. (A similar 2ft-gauge system existed on the north side of the Zambesi at the Luabo mill and plantation of Sena Sugar but was never connected to the national rail network).

Since this closure, the rail system fell into total dereliction with a large number of locomotives being sold overseas and those that remained being totally stripped. Sena Sugar has now reopened but the 2ft system has been abandoned. The CFM line is not operational although a complete train of B bogies remains trapped on the line in the estate, totally overgrown by sugar cane There are plans to reopen this line but this will be in some years to come. All the functions of the 2ft system, in transporting cane to the mill, have been taken over by tractors and trailers. With much of the rail system having gone to scrap there are only a few items left of rolling stock and locomotives in both gauges.

Sandstone has acquired a number of locomotives in both 2ft and 3'6" gauge.

Locomotive builders, Peckett & Sons, Atlas Works, Bristol, were formed in 1880 when Thomas Peckett took over the established firm of Fox Walker & Co. and became Peckett & Sons at a later date. The bulk of Peckett's production were industrial tank locomotives of different gauges using a large number of standardised parts. The post war years were difficult for Peckett, in 1947 for instance, only five locomotives left the works. Things picked up briefly in the 1950s and they built a number of locomotives, including seven for Sena Sugar Estates. They were too late entering the diesel market, their first such offering emerging in 1956, but only four of this type of locomotive were built. Approximately 1900 locomotives were built by Fox Walker/Peckett but as there were may gaps in the surviving works list the true figure may never be known. 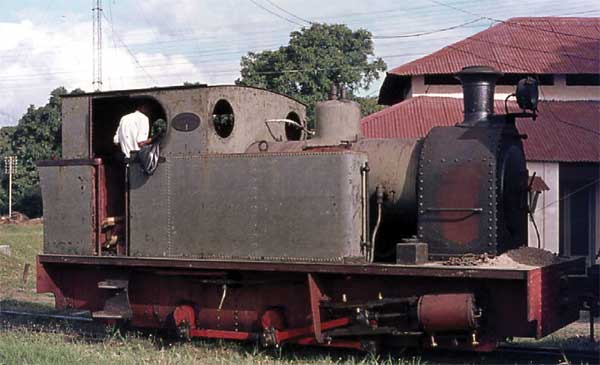 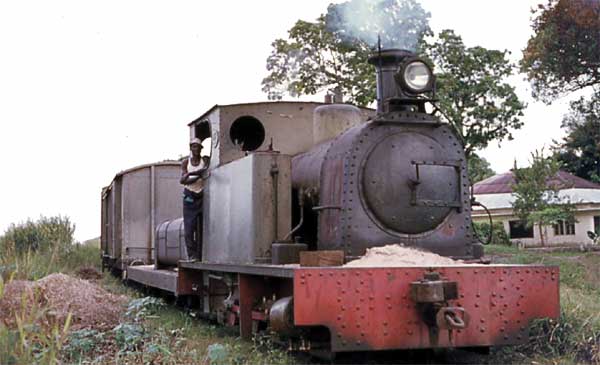