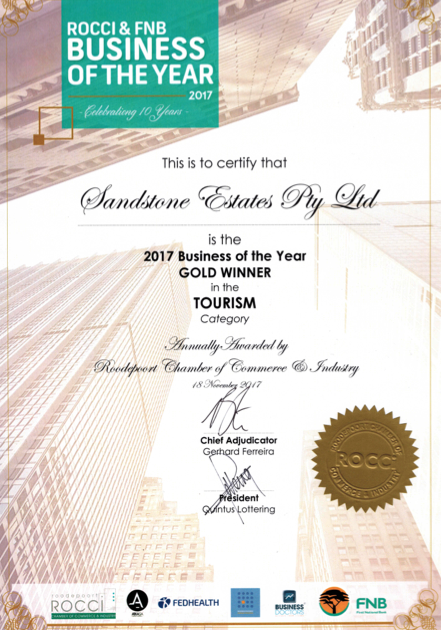 Sandstone Estates the 2016 ROCCI/FNB Gold Winner Award for Tourism followed up with a second Gold Award 2017 for Tourism Business of the Year 2017 at a lavish function held at the Silverstar Casino held on Saturday 18 November 2017.

There were over 500 nominations for the ROCCI/FNB 2017 Business of the Year Awards in various categories with 121 organisations and companies making it through to the final round.

Sandstone is proud to not only have been nominated again but is especially proud to have won the Gold Winner award for a second year running. Sandstone thanks ROCCI/FNB and the judges for recognising Sandstone for what it has achieved in the Tourism sector in South Africa.

ROCCI - Business of the Year Awards