We have been a little quiet lately but some major progress has been made as our pictures from Lukas Nel show. The whistle has now been fitted at the front of the cab, this is a modified version of an SAR type to produce a more “American” style sound. The new chimney is also well under way to being finished in the original style of the NG10 as it was delivered from Baldwin. Our general pictures show the clack boxes that have  been fitted to the boiler and work continues with piping. The lubricator feed piping to the cylinders has also been installed.

A lot of detail work is still needed before the first steam test expected in December plus the final assembly of the tender with the fitment of the tank to the newly built tender frame. 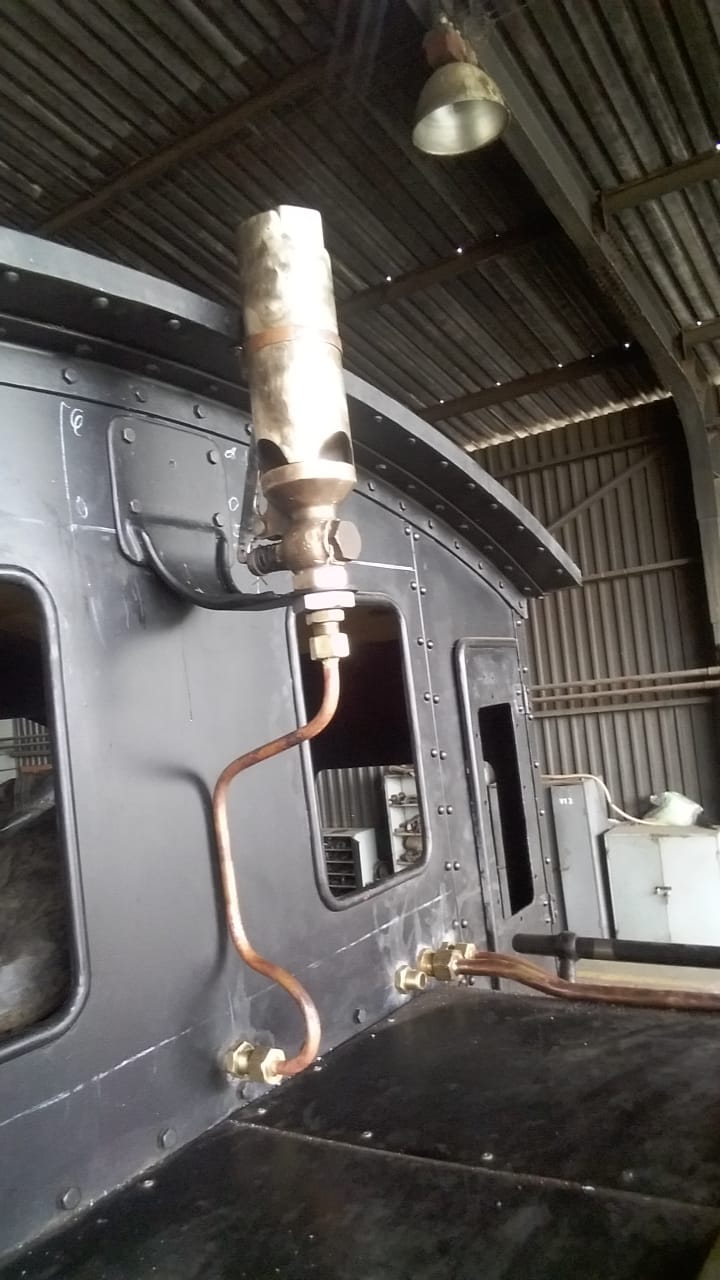 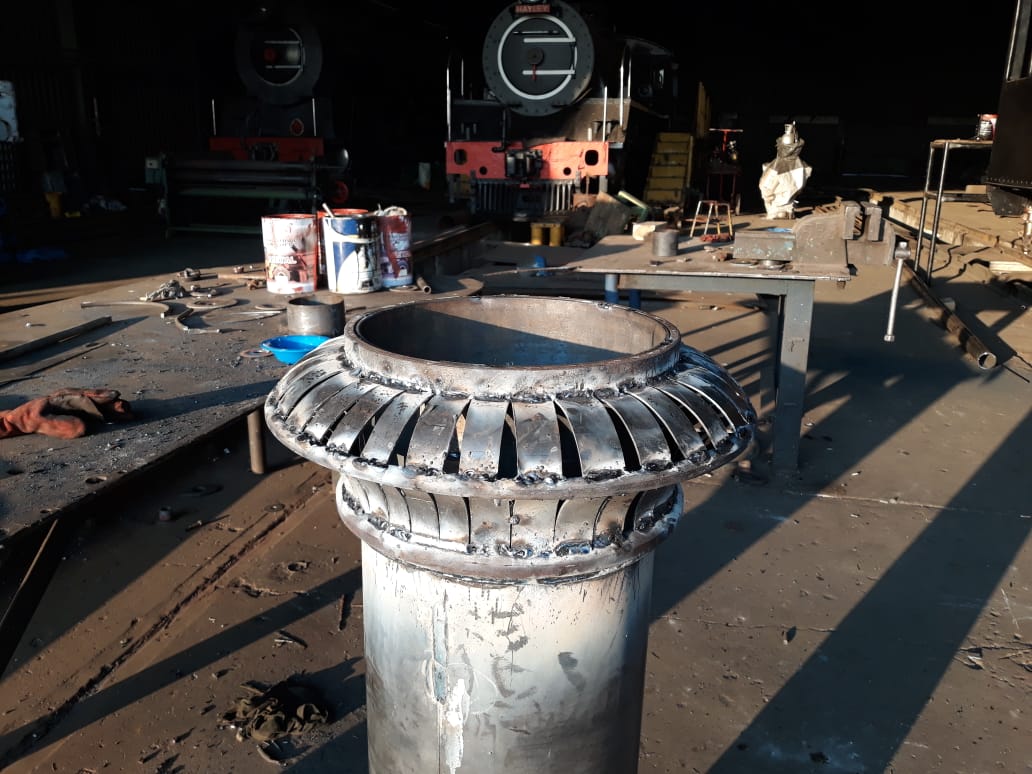 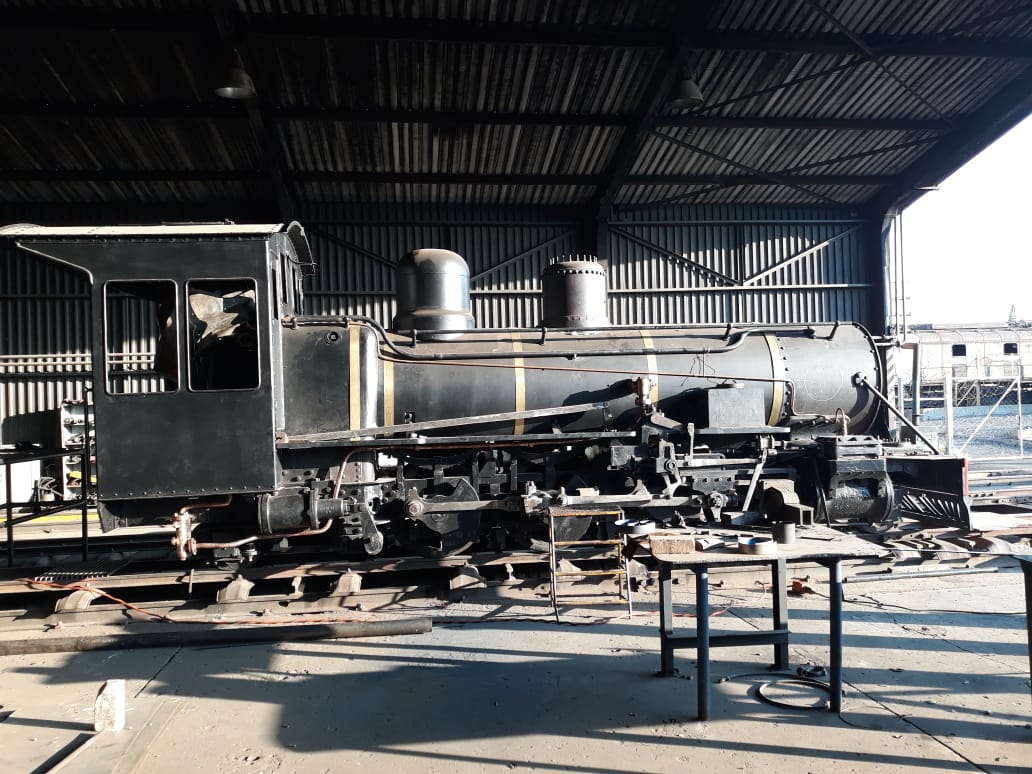 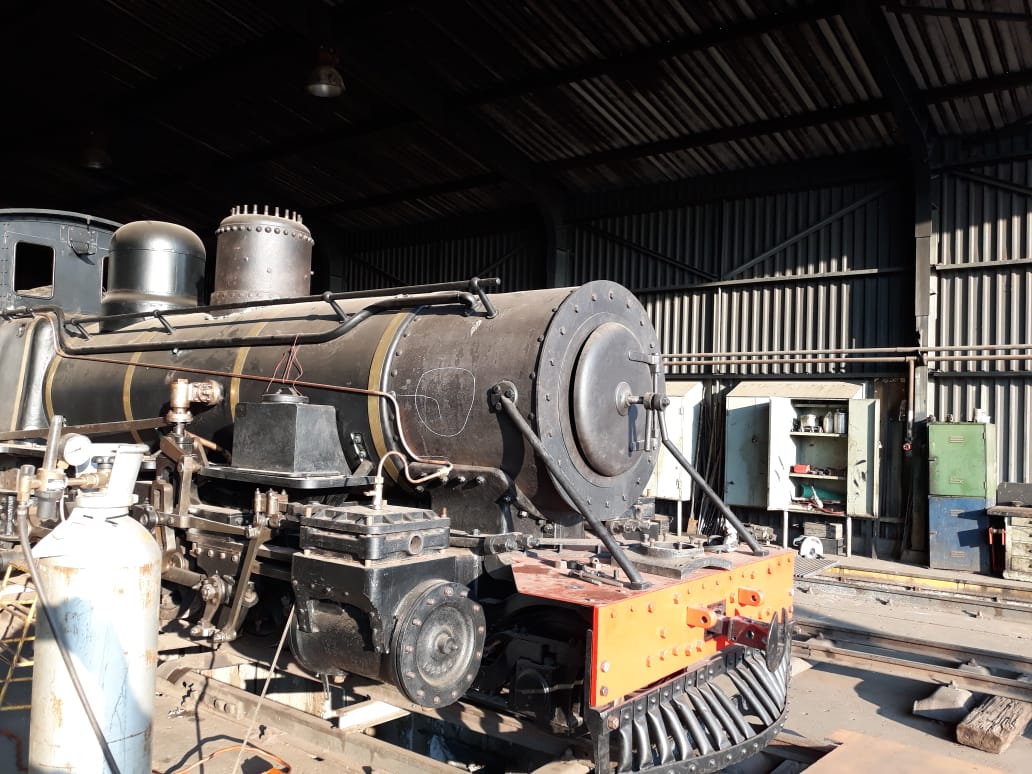