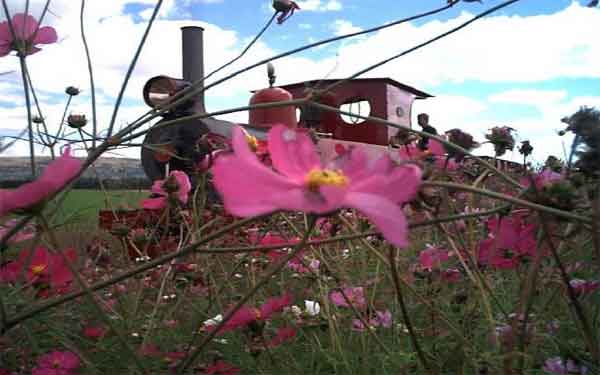 On Friday all the wagons were shunted to the station. Three different train consists were shunted together, to Hoekfontein Station for the early morning trains on Saturday. The Fowler was steamed for it was the first time I ever had the chance to steam her and it gave me the change to monitor her mechanical state. The Lawley was also steamed for a late Friday afternoon train.

The Steamroller and the steam crane were steamed up as well and were taken to the show yard for Saturday. Oupa cleaned all of the steam traction engines for Saturday.

Driver Dave Richardson took the Lawley on the late afternoon train to Grootdaai and to Mooihoek. He returned to Hoekfontein Station just before 19h00.The fire was dropped and the shed was closed.

The weekend was really special and I did enjoy it thoroughly. The locomotives performed great.
After the weekend, the locomotives and the traction engines were stabled. All smoke boxes cleaned and all wagons were shunted back into the wagon shed.

After this she was stabled again and we shall do all this little repair work while we wait for the new slide bar. When the sidebar is finished, it will be fitted and the Barclay will be ready.

Derrick is busy making a new cowcatcher for the Barclay and it will be finished and fitted by tomorrow night. 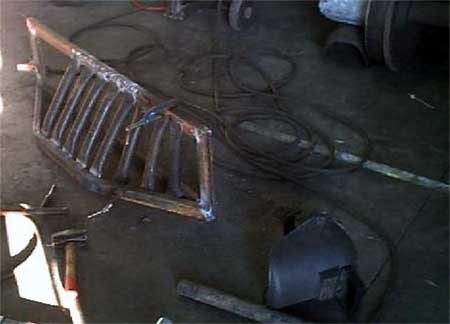 A new test plate was stamped with the boiler inspection dates and will be fitted to the Barclay.

A drain cock of the Avonside came out on one of the trains this weekend. The threads were badly damaged and Des had to machine a new one for her. The injector clack valves were faced and the new drain cock was fitted.
113

No 88 was shunted out of the wagon shed this week. This was really a mission to get it out. All the other locomotives had to be shunted out. No 155 derailed in front of the wagon shed while we were pulling her out, for no apparent reason. She was back on track ten minutes later and I assume that she just wanted some kind of attention.

First of all the cab of 88 was disassembled. The Boiler will be jacked up tomorrow and the units will be removed and placed at a spot in the shed where we can take it apart. The one unit in the wagon shed will be placed under the boiler and the other end will be placed on a bogie. The boiler will then be shunted out to the wagon shed again. While we were shunting, another 2 B wagons were offloaded and taken to the station to be used on our trains. There is still one B wagon in the back of the shed that is loaded with a boiler. We are going to offload it as well and will then have another B wagon free. Henry will start with the disassembling of 88's units on Monday.

The cab will now be descaled and sanded. I am busy with a complete analysis on what we are going to need and what the cost will be to restore 88 to full working order again.

Arno shunted the old Guards Van to the pit today. The vacuum cylinder was removed. He cleaned the cylinder in the inside, fitted a new roll ring and fitted it back to the Guards Van. A new release valve was fitted with new chamber pipes. The brakes are working 100% now.
Arno will start with the stencilling of all the wagons that still must be stencilled, next week. He is going to help with the diesel tomorrow and will also take the wheels of the diesel out.

All the ash pits were cleaned this week and we just wait to have a tractor available to start to spread it on the roads. The B wagon with coal was also offloaded. The coal will be moved to the coal shed tomorrow. The B wagon was shunted to the station and can now also be used.

Arno fitted back the cowcatcher that was lying near the locomotives. It actually belongs to the 16CR.

The telephone poles near the sheds were moved to the inside of the shed.
Oupa started to paint the Peckett locomotive outside the shed and will finish it early tomorrow. Ben is on leave this week and he will start to paint the rest of the locomotives next week. We are going to paint the 16CR as well. This rust bond paint will really do the trick.
Henk made new water canvas pipes for our columns and it will be fitted in next week. It was really frustrated to battle with loose canvas pipes every time when we needed to take water

I interviewed 9 guys and I changed my mind on my choices. I gave Terry the two guys cv's and he will arrange the rest. I love to see things moving, and with these extra hands we are going to turn the shed upside down. There is a lot of maintenance needed on our Railway line. The two guys seem to be the Derrick type and really will mean a lot to our railway.

PLANNING FOR NEXT WEEK:

1.) To finish all running repairs on the locomotives.
2.) To de-rail drop the wheels on the 18964 Hunslet diesel loco.
3.) To disassemble 88's units
4.) To finish and fit Barclay cowcatcher.
5.) To finish the painting of all locomotives outside.
6.) To stencil as many wagons as possible
7.) To begin with the uncompleted B wagon. The stencilling takes time for we must spray and leave to dry. While Arno waits for the drying period, he can go on with his B wagon.
8.) To fit panels to the 3'6" coaches at Hoekfontein Station.
9.) To collect all spares at St Helena G.M
10.) To start with the preparations of the 5 boilers due for Boiler inspection by the end of the month.
11.) To fit drag box to the Mobile workshop
12.) To start with the paint work on the PE coach.
13.) To rectify the points to Mooihoek.
14.) To do a inventory on all the spares from St Helena
15.) To adjust all locomotive brakes
16.) To remove tubes from 88's boiler.