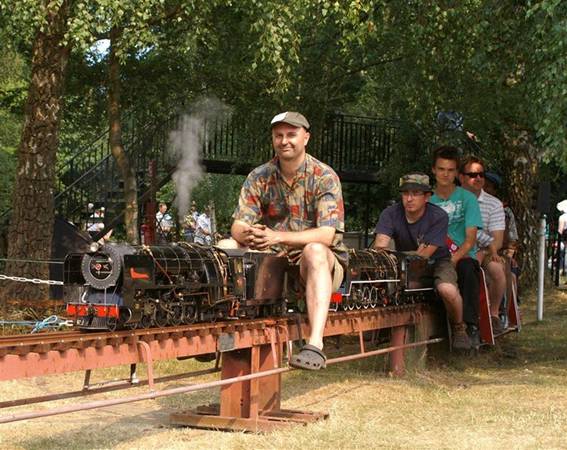 This loco has a long history.  Back in 1968 I think, Ron Etter visited the legendary Jimmy Scott in Rondebosch and spotted a 15F chassis and tender under the workbench.  The 15F was a running chassis and completed tender and had been exhibited - Derek Heydenrych knows more about this period. Jimmy said it was just too big for him to finish and after some haggling over the price, Ron ended up with the loco on the back seat of the car with the tender in the boot and took it back to Jo'burg, to join with his other already running 15F 3088, doing sterling service at the Rand track and attracting a lot of interest.

He finished it over the next 4 years.  The builder’s plate on the cab side says 1969 but in fact it was completed a bit later in 1970, the same year of my birth, something I think is quite poetic.

Tony Baker (now passed away) from the UK's Harlington club, who worked in the merchant navy, visited the RSME when it was still at the Rand show grounds and met Ron and encouraged him to exhibit the loco at the 1976 Model engineer exhibition in the UK.  The loco was shipped to the UK in its very sturdy steel carrying frames and plywood boxes on one of the mail ships and taken care of by the ship's steward.  It won a silver medal at the exhibition and you can see a photo of it in the exhibition report of 1976.  In the article, the judges only criticized the screw type piston rod glands and slight orange peel paintwork.

While Ron was there, he happened to attend a talk at the Harlington club by the famous wildlife artist and steam enthusiast David Shepherd.  They got into a long conversation and he asked Ron for a loan of the loco so he could admire it at leisure.  The 15F thus spent some time on David's kitchen table, which was apparently never the same again with flange grooves 3.5" apart.  I have since made contact with and met David Shepherd again and he well remembers those days.  We will try to reunite David and the 15F again if he can take time from his busy schedule!

After its stint in the UK, the 15F returned to Jo'burg where Robbie Sinclair, air traffic controller by profession and steam enthusiast, took a keen interest in the loco and prevailed upon Ron to sell the loco with the proviso that Ron would have first refusal if Robbie were ever to sell it again.  Robbie ran it very seldom and preferred to keep it on display at home.  His girlfriend Ida, a hostess with SAA, would arrange to bring back pure Welsh steam coal with her from her trips to the UK and this coal was kept in the bathtub at his home - nothing but the best for the 15F.  You can see a couple of pics of Ron and his loco during that era taken by Hannes Paling here –

David Naeser was Robbie's good friend during that time and has a lot of information too.

Robbie subsequently moved down to Cape Town and the engine was again displayed in his flat.  He was however a few stories up and the building had no lift so they would have to break their backs taking it down and up the stairs - the loco itself weighs 130 kilos!  This meant that it only steamed a handful of times over 20 years or so at the Western province live steamers.  I understand that it was not a very good steamer, and Robbie was very reluctant to pull any passenger trains with his precious love!

Sadly, back in 2004 there was a fire in the flat and Robbie passed away.  His brother out from Texas winding up the estate honored the original agreement with Ron and the engine subsequently arrived in Knysna to where Ron had retired after selling his business in Jo'burg.  It changed hands quickly again however - this time to fellow club member Chappy Chapman, who recommisioned it with help from Ron, including new petticoat pipe and cab roof.

The loco ran hauling passengers at the Knysna club for a couple of years and I was told of the sale via Ron and luckily for me I was able to secure the purchase in 2006.  The engine was packed in a similar way as it was back in 1976 and it made yet another journey by sea to arrive in the UK.  At the time my wide and I were living in a studio flat, ie, the lounge and bedroom are one room and at one time we shared the space with 3 SAR locos!

Since then the other 2 locos were sold and I now have only 15F 2937.  My local Reading SME has several locos by Ron Etter in the stable, including Ron's other 15F 3088, owned by Reading members Chris and Mike Jones.  So they have been reunited many thousands of miles away.

At first, I also found the 15F to struggle a bit for steam sometimes, seemingly confirming Robbie Sinclair's experience but tell-tale signs from the cylinder drains showed the pistons were not sealing very well.  Indeed, it turns out the graphite packing serving as a substitute for piston rings was compacted far into the groove and not sealing at all, so much of the steam was going right past the pistons and out the chimney, using up twice the steam it should be.  With PTFE rings on both valves and pistons, the engine is a very reliable steamer and much more efficient - it won the 2009 IMLEC efficiency competition here in the UK for the 3.5" gauge category, hauling 17 people, and coming 10th overall from a field of 30 competitors - not bad for a loco with a huge firebox in this scale.  Some video footage of the first lap is here:

After 40 years of existence, the engine is in pristine condition, with all prototypical working features as made by Ron back in 1968 including steam powered rocking grate, steam reverser (the engine notches back very well to 30% cut-off for fast running), sanding gear, turbo generator, vacuum braking etc, and remains a piece of engineering artwork and a piece of South Africa’s model engineering heritage.  Some of the best footage of it is to be seen here:

My first-born son is now 3 weeks old so it remains to be seen whether he will be interested in steam or be willing to carry on the long tradition.  I would be very keen to bring the loco out to South Africa one day for a run on one of the tracks, especially the RSME track.  Maybe the next time they host the national live steam meet? 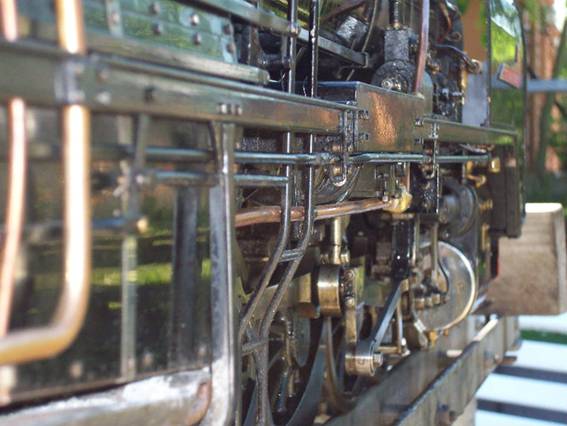 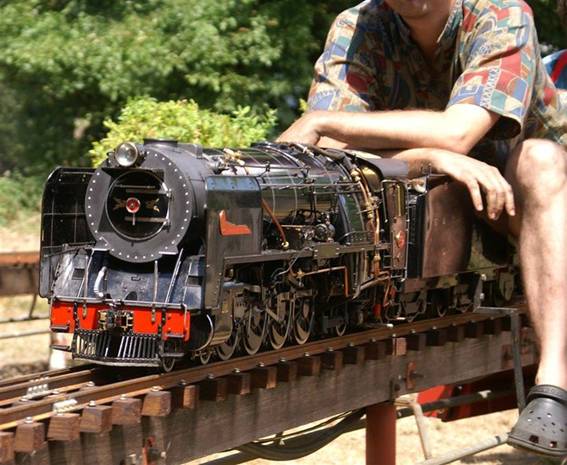 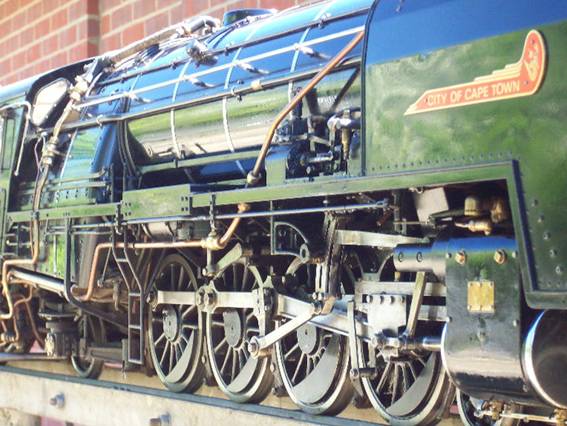 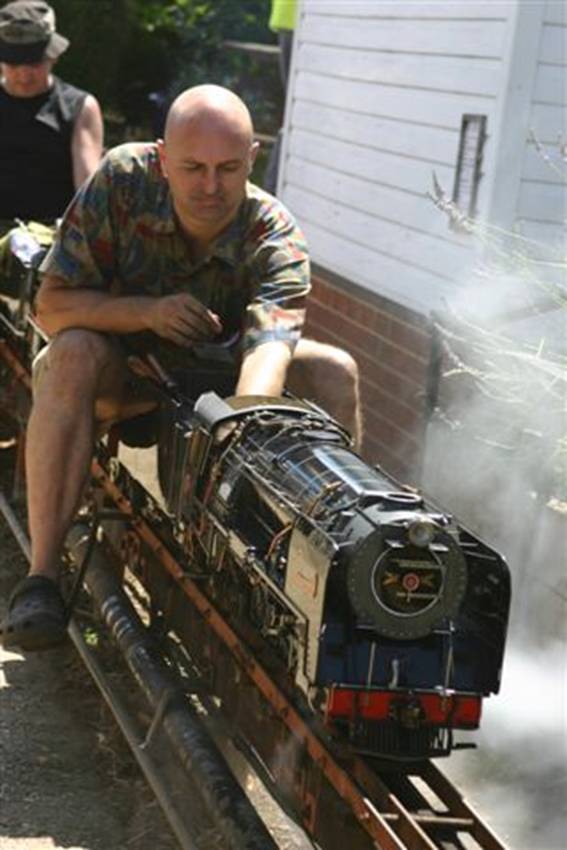