We found this one along the Garden Route in the Cape. It is a military spec that has been converted for use in a mining application.

During 2006 it will be re-converted to a full spec Military Bedford. 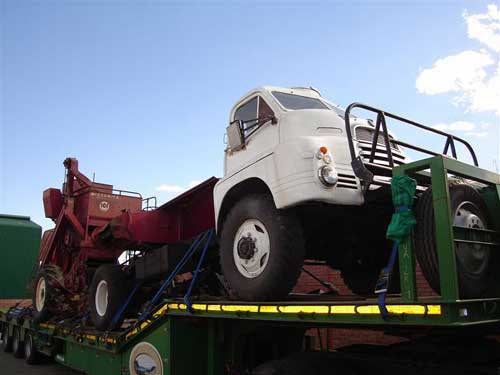