Research indicated that the Dombe Grande Sugar Mill in the southern part of the country had acquired an interesting cross-section of diminutive steam locomotives in the 1800’s. In order to investigate this matter further an expedition was mounted to visit all the narrow gauge railways, including Dombe Grande, to see what had survived the 30-year Guerrilla War that has ravaged the country from the early 1970’s.

The visit to Dombe Grande Sugar Mill, which was completely derelict, was productive. There were signs of the remains of a number of early diesel powered locomotives but no sign of any track whatsoever. Most of the buildings had been badly damaged as a result of time, vandalism and military onslaughts. However, through the help of the local people, we were led to a building that was in the process of falling down but which still had a roof over it. This building was completely overgrown with vegetation and one could have walked past it without even realising there was even a building there. Inside this building we found Bathala, the 1899 French manufactured Decauville locomotive which was built for the Dombe Grande Sugar Mill. The locomotive would have arrived late in 1899, early 1900, and been put to work straight away hauling sugar cane from the extensive lands to the steam operated sugar refinery. We have no pictures of the locomotive in use but we do know that it was withdrawn from service in 1993 and placed in a museum dedicated to the Sugar Mill. It occupied centre stage amongst agricultural portable engines and very early sugar processing machinery. Most of the other items were still in the museum and were still intact. 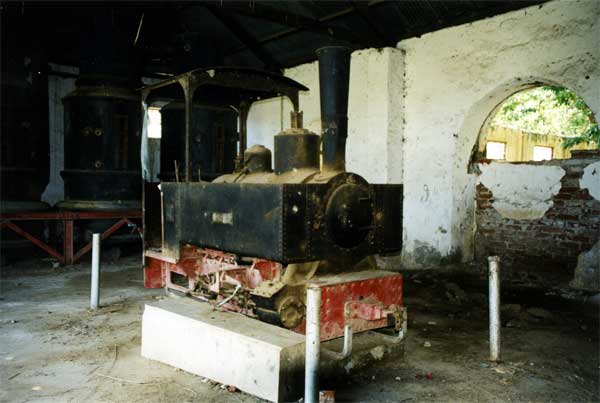 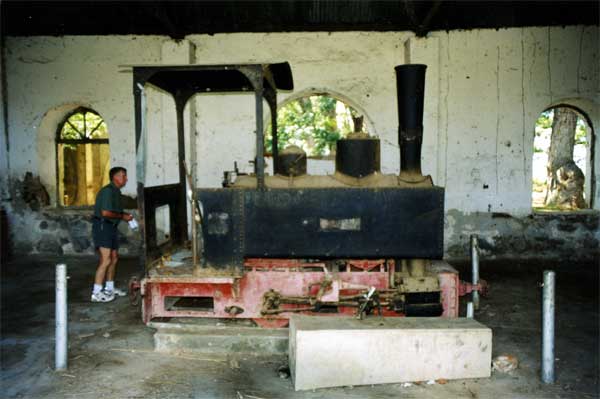 "Bathala" as we found her
Sadly the practical realities of moving stuff through the bush in Angola to a point where they could be loaded onto heavy transport made it impossible to save the entire contents of the museum. The Sandstone Heritage Trust therefore focussed on the one item, and after extensive negotiations with local authorities negotiated for the locomotive to be taken to Namibia and then onto South Africa for full restoration.

It arrived in South Africa in July 2004 and was completely rebuilt by March 2005. It then spent a year on display and in steam at the Sandstone Heritage Trust private narrow gauge railway in the Eastern Free State. The locomotive was basically too small for the agricultural railway on which it was operating, and a decision was taken to make it available to the Beaulieu Estate for display purposes, and hopefully some limited steam operations as appropriate.

The locomotive will proceed to France after some time at Beaulieu, and will then almost certainly return home to Africa where it has spent its entire life.

The Decauville is a classic locomotive design from a very competent manufacturer and from a company that although highly skilled at manufacturing steam locomotives in fact produced very few in relative terms. The bulk of the output of narrow gauge locomotives were either British or German in origin. 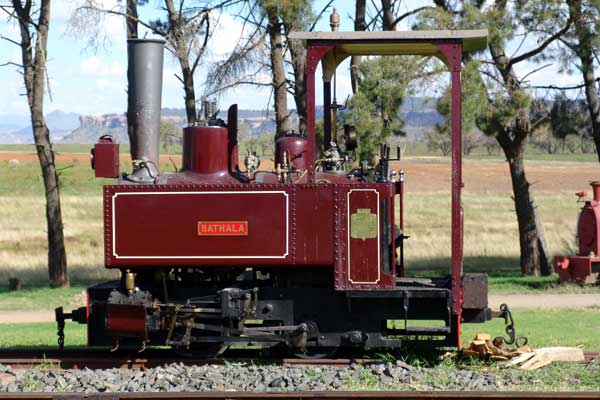