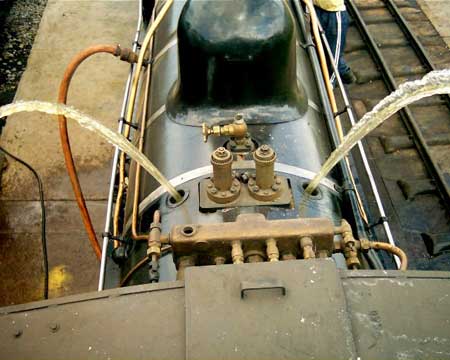 SANDSTONE STEAM RAILWAY LOCOMOTIVES:
Four locomotive boilers were washed out during this period. They are 49, Kalahari, Little Bess and the Decauville. The new Star Delta starter for the big centrifugal pump from St Helena was fitted this week and we tested the ability of the new pump and washed out Class NGG13 number 49. The force of the water through this pump is remarkable and is washing out of the boilers very sufficiently.

Here are photos of the Star Delta starter and the wash out of 49:

Above: The Washout through a 2” pipe.

We washed out the Little Bess and the Decauville on the same day because of the size of the boilers, but with the larger locomotives it takes up to two days to complete the process.

The Kalahari's dome was removed and a new brass joint ring has been made for her to ensure a steam tight joint at the Dome. With the dome off, it was an excellent time to wash out the Kalahari too.

Here is Derrick busy with the copper ring:

SANDSTONE STEAM RAILWAY WAGONS:
The Dz and the B wagon were completely restored this week and were shunted out to the Station.
The Dz was also spray painted with the camouflaged colours.
Here are some photos of Ben and Henk busy with the rectifications to the B wagon doors. 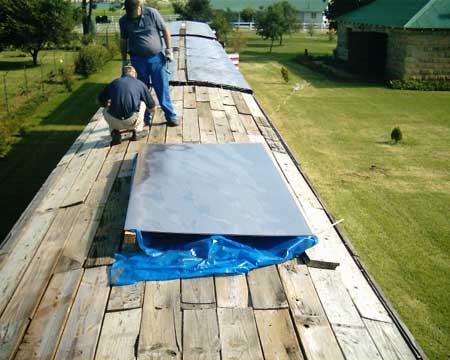 SANDSTONE STEAM RAILWAY LINE:
Goldfields Rail was hectically busy this week. The third line in the Loco Shed was completed and they are halfway with the laying of the paving bricks. Here are photos of the third line under construction: 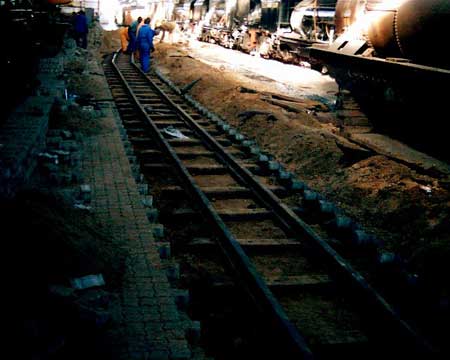 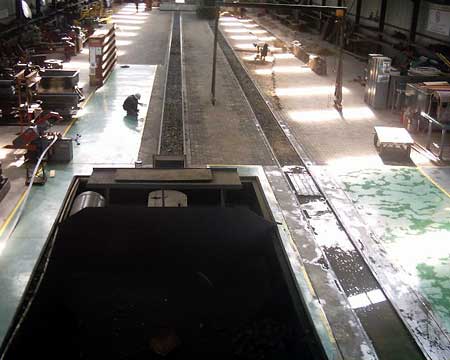 THE PANDORA EMBANKMENT:
The rail panels on the Pandora embankment were loosened and removed fro the track bed.

All the ballast was removed and a stock pile was made. Karel Senekal then started with the earthmoving to slew the gradient. Amazing that only one man can do this with these giant earthmoving machines of Sandstone Estates. 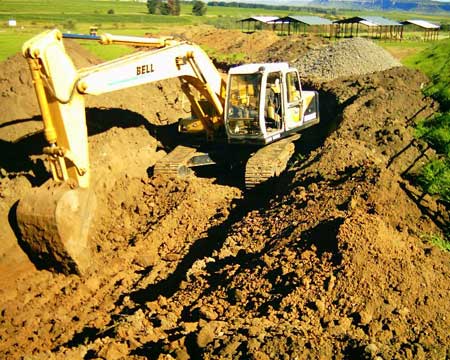 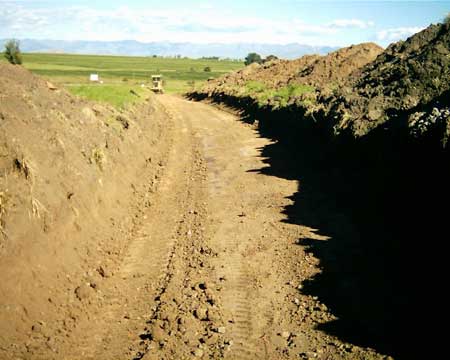 Then the rail panels were laid again: 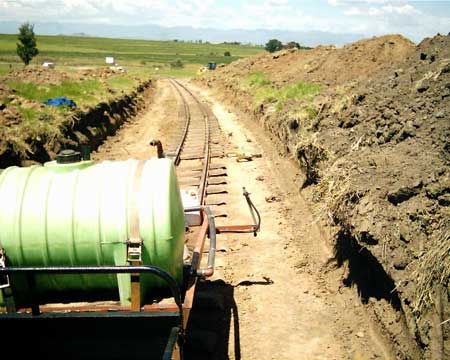 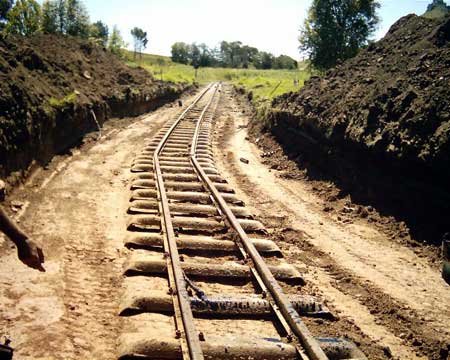 While Goldfields Rail was busy with the track, Karel started with the curve just above Pandora house. 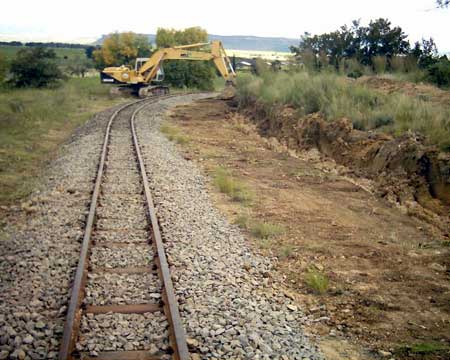 This morning we started to ballast the line again with the Hunslet and AY wagons.

WEED SPRAYING!
My worst enemy this year was definitely the weeds that were growing like crazy. This week we sprayed the line from Hoekfontein to Grootdraai and to Pandora to just before where the track was not disconnected.

YARD CLEANING:
This week all the wagons were except three were re-railed. The bogeys of the three wagons are used under the boilers without units, but they were placed neatly near the 3’6”wagons. The rest of the locomotive spares and units were moved and placed under roofs near the main complex. 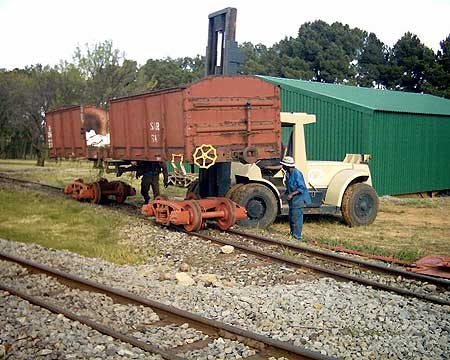 Three Sena Diesel locomotives were loaded this week and were taken to Bloemfontein to await restoration at Zack van Staden. Here is Leon on his way with two diesel locomotives. 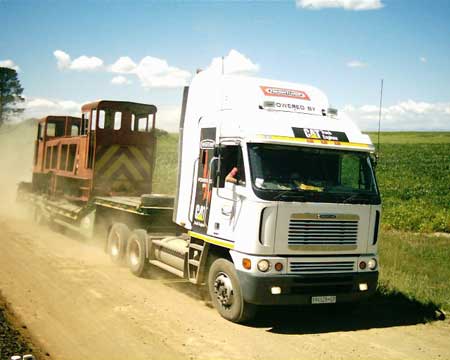 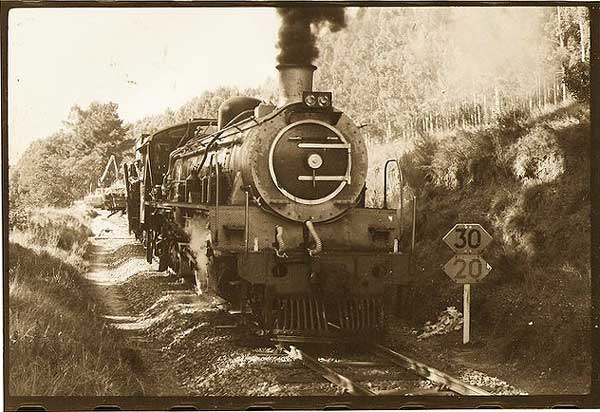