People following the restoration of our Feldbahn locomotive by Lukas Nel will notice that it is now sporting an original headlamp and a classic Feldbahn chimney.   For those that have not been following the history of this locomotive its story is as follows:    Bought in Germany before the First World War. Worked behind the trenches supporting the German troops throughout the First World War. Sometime between 1918 and 1925 it was exported to Sena Sugar in Mozambique where it was heavily modified but worked as a Sugar Cane locomotive until the early 1970's. At the outbreak of hostilities all farming and sugar mill activity ceased at Sena Sugar.  All locomotives became derelict.


Approximately 5-years ago a batch of about 20 locomotives was imported to the UK by a dealer.  These locos were mostly sold off to different preserved railways in the UK but this loco remained unsold. It was purchased by a Swiss enthusiast and collector who commissioned the Sandstone Heritage Trust to rebuild it.  This restoration is now underway.  This was one of the most derelict locomotives ever received in our Bloemfontein workshops.   So, to summarise, this locomotive was born in Germany, fought in the First World War, spent most of its subsequent working life in Africa, took a recreational trip to England, and has returned to South Africa to be totally rebuilt.  In short its life begins again.  Because of the time span involved no human being could ever have experienced a travel and working experience which even begins to remotely compare to the above. 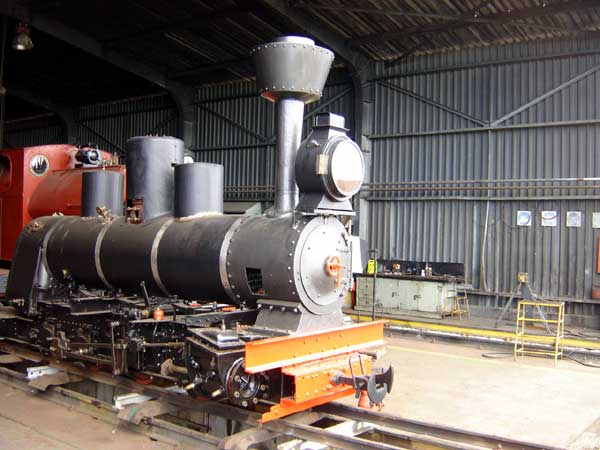