Similar to our Type ZO-5 Caboose14856 at the locomotive depot, 14898 is of the smaller ZO-6 type being some four feet shorter overall than the ZO-5. The main difference being a reduction in accommodation by two to six people. 14898 was offered for disposal by Transnet in 2016 at Golele near the Swaziland border. Sandstone successfully bid for the coach which was in remarkably good mechanical condition, despite standing out of use for a number of years, although the interior had been vandalised. After the simple replacement of one brake pipe and repacking and oiling the bearings, 14898 was railed from Golele to Vailima Siding in April 2017.
It was then lifted off rail onto road transport bogies and moved to the Sandstone complex and remounted on rail and positioned behind 10CR 771 next to Hoekfontein Station. 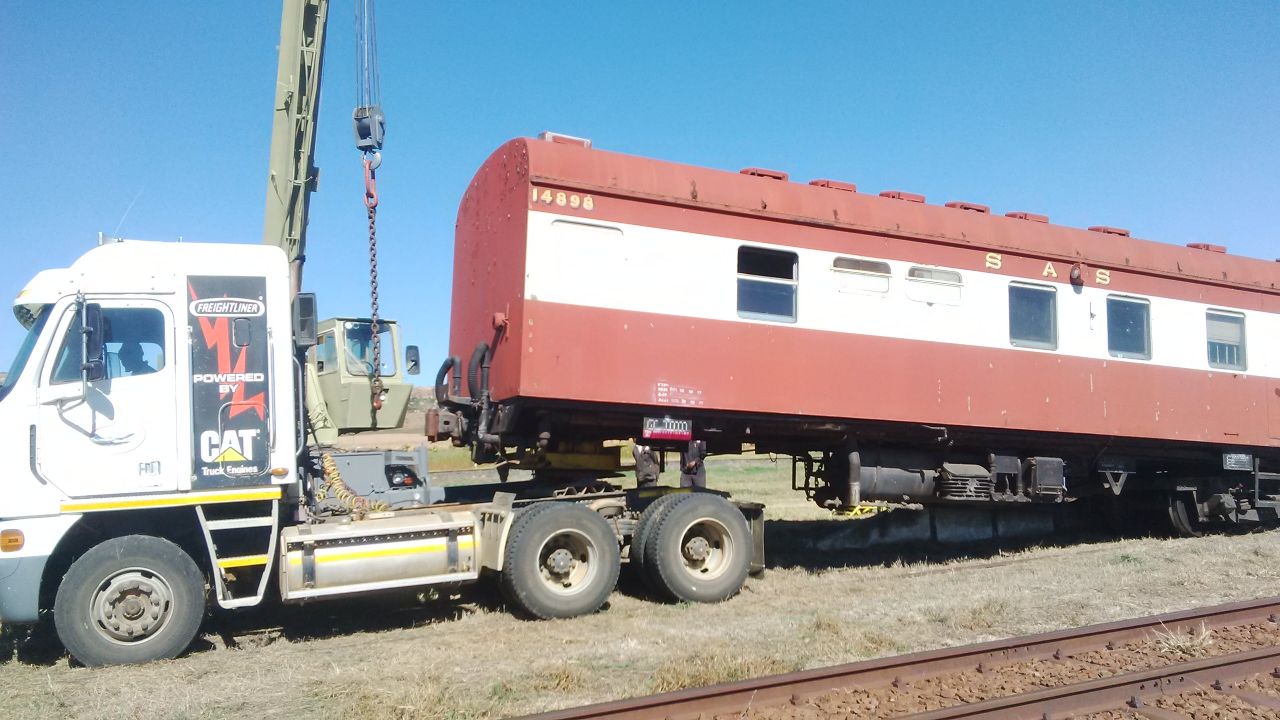 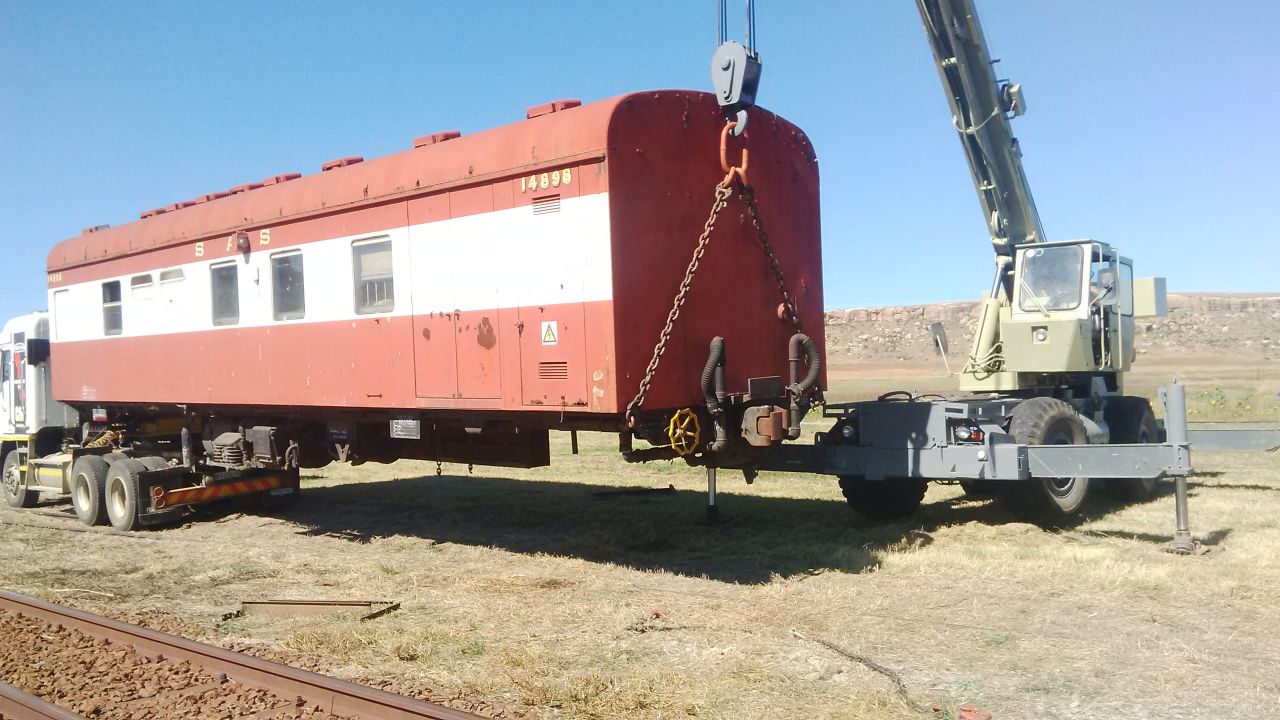 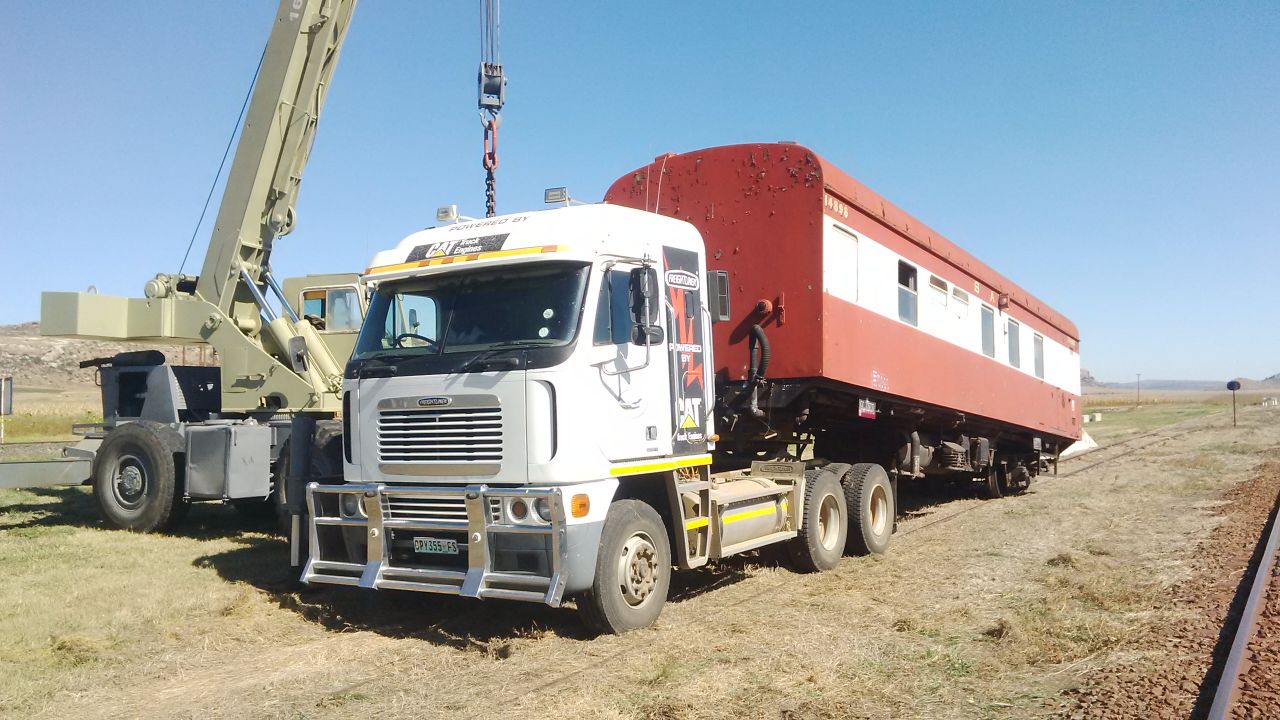 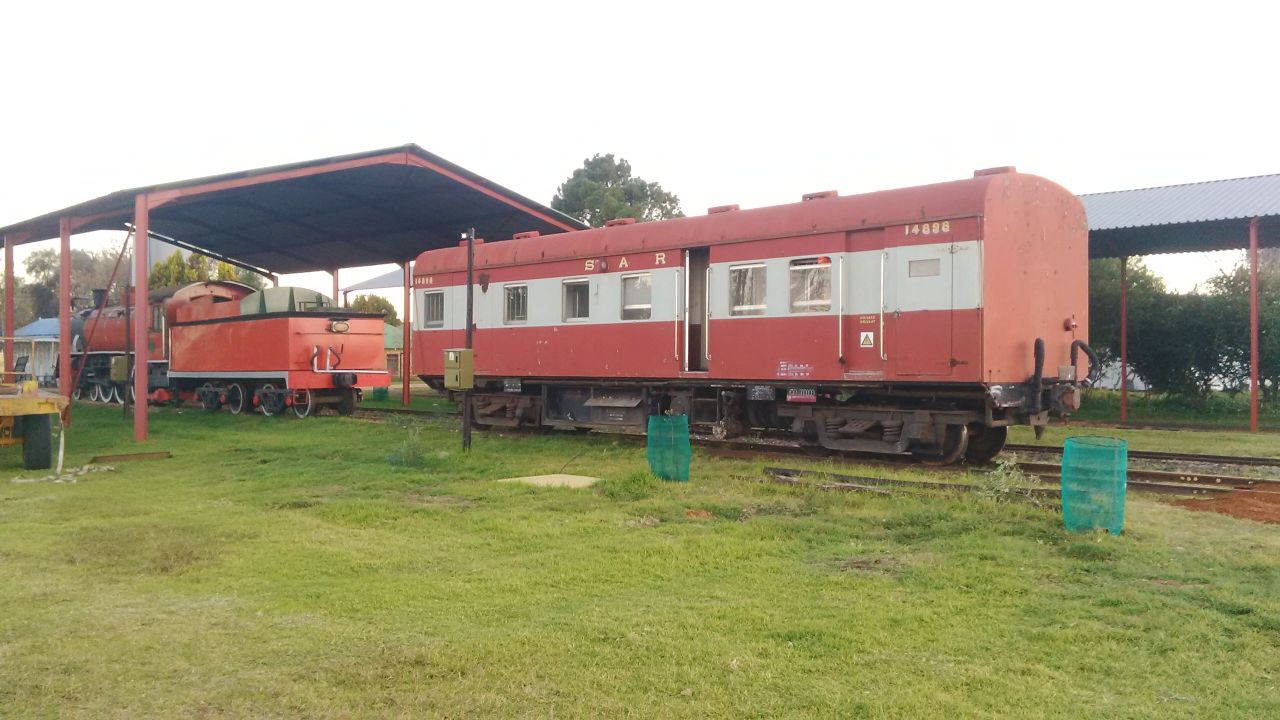